HP also announced a bunch of curved monitors for productivity and gaming. 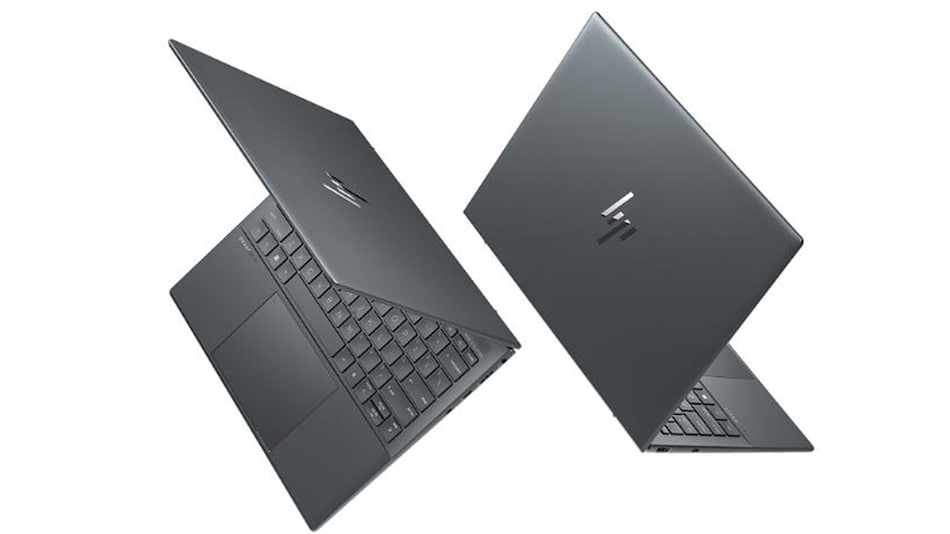 HP has announced a slew of new desktops and laptops at CES 2022, catering to productivity users and gamers. The new PCs are mostly based on Intel's 12th Gen Alder Lake CPUs but there are AMD flavours on offer too. On the business and productivity side, HP has announced the new EliteBook 1000 G9 series, 800 G9 series, Elite Dragonfly G3, and ProBook 400 G9 series of laptops. It also announced the E24m, E27m, and E34m video conferencing monitors with inbuilt webcams, along with a new Envy desktop PC, the Z2 Mini G9 workstation, and curved displays. For gamers, HP announced the Omen 45L, Omen 25L, and Victus 15L gaming desktops as well as HP Omen 27u 4K gaming monitor.

HP Elite Dragonfly G3 weighs under a kilogram and features a 13.5-inch display with a 3:2 aspect ratio. It's available in Slate Blue or Natural Silver and is powered by Intel's 12th Gen CPUs. The laptop also features Bang & Olufsen speakers, intelligent charging, and HP Wolf Security for Business pack to help safeguard against hackers and malware.

The new HP EliteBook x360 1040 G9 and EliteBook 1040 G9 are thin and light laptops designed for business professionals on the move. The main difference between the two is that the x360 model is a convertible laptop, whereas the other one has a standard clamshell design. Both feature 16:10 aspect ratio along with an enhanced audio and camera tuning for a better video conferencing experience, thanks to HP Presence. The HP EliteBook 800 G9 series laptops are said to have a redesigned slim chassis with a 16:10 aspect ratio display and a larger trackpad. It also gets the HP Presence feature from the 1000 series, Bang & Olufsen audio, and optional 5G connectivity.

The HP Envy Desktop PC features one-touch, tool-less upgradeability, and top-mounted ports for easier access. The desktop can be configured with up to an Intel Core i9 12th Gen CPU and an Nvidia GeForce RTX 3080 Ti GPU.

The main highlight of the HP Omen 45L gaming desktop is its patented cooling system called Omen Cryo Chamber. It's a separate compartment placed above the main tower interior and houses up to a 360mm AiO liquid cooler, which promises lower temperatures of up to six degrees on full load, compared to the same system without it. Other features include up to a Nvidia GeForce RTX 3090 or an AMD Radeon RX 6700 XT GPU, up to 64GB of RAM, and up to two 2TB WD Black NVMe SSDs. You can also choose between Intel or AMD CPUs, which includes up to an Intel Core i9-12900K or an AMD Ryzen 9 5900X. The desktop also incudes up to an 800W power supply and features seven 120mm RGB fans.

HP Omen 25L features a smaller chassis and is designed to be easily upgradable. This desktop lacks the Omen Cryo Chamber and the maximum spec for the CPU and GPU is a bit lower than the 45L model, but it's still very powerful nonetheless. The Victus 15L is the first desktop in the Victus lineup and features a less aggressive design and size. It does support powerful components such as support for up to a Nvidia RTX 3060 Ti and Intel Core i7 CPUs.

The new HP Omen 27u is the first HDMI 2.1 gaming monitor in the lineup, which means it can support high refresh rate gaming offered by the latest consoles such as PS5 and Xbox Series X. It's an IPS panel with VESA DisplayHDR 400 certification, 8-bit colour, and up to 450 nits of brightness.

Xiaomi India speaks exclusively to Orbital, the Gadgets 360 podcast, on their plans for 2022 and pushing for 120W fast charging with the 11i HyperCharge. Orbital is available on Spotify, Gaana, JioSaavn, Google Podcasts, Apple Podcasts, Amazon Music and wherever you get your podcasts.