HP is making two different groups of laptop users happy at the CES 2016 trade show. The American company has unveiled the HP EliteBook Folio and refreshed its Spectre x360 lineup.

At 12.4mm thickness and under 1kg weight, the EliteBook Folio, HP says is the thinnest and lightest notebook the company has created yet. Wittingly or not, the EliteBook Folio resembles the 12-inch MacBook, which Apple launched last year, and also seems to have taken many other inspirations from the laptop: it's not necessarily a powerhouse.

"Just because someone uses a PC at work, doesn't mean they have to sacrifice their desire for a cool, thin and light device," said Alex Cho, vice president and general manager, Commercial PCs, Personal Systems, HP Inc. "That's why we designed the HP EliteBook Folio - the world's thinnest and lightest business-class notebook - which offers users the best of both worlds: a premium design that consumers want while elevating business-critical security and manageability to delight the needs of IT."

It sports a 12.5-inch full-HD (1920x1080 pixels) display. The company is offering two more variants of the Folio, one that sports a touch-capable full-HD display whereas the other sports a 4K screen. All the three variants come with full-size HP Premium keyboard, a gesture-enabled trackpad, and two USB Type-C ports with Thunderbolt 3. Users have the option go as up as Intel Core M vPro processor, 128/256 SSD, and up to 8GB of DDR4 RAM.

The HP EliteBook Folio will be available in select markets in March from HP.com starting at $999 (roughly Rs. 66,500).

The company also unveiled two laptops series in its EliteBook range, the HP EliteBook 1040 G3 and HP EliteBook 800 G3, which will go on sale in January at a price point of $1199 (roughly Rs. 80,100), and $949 (roughly Rs. 63,500) respectively. The laptops come with Windows 10 Pro, sixth generation Intel Core vPro processors, PCIe Gen3 SSD, and DDR4 memory. The devices come with Audio by Bang & Olufsen, HP Noise Reduction Software and HP Clear Sound Amp. The EliteBook 800 series is available in 12.5-inch, 14.0-inch or 15.6-inch display sizes in HD, full-HD, QHD or UHD resolutions, while the EliteBook 1040 offers a choice of either full-HD or QHD. 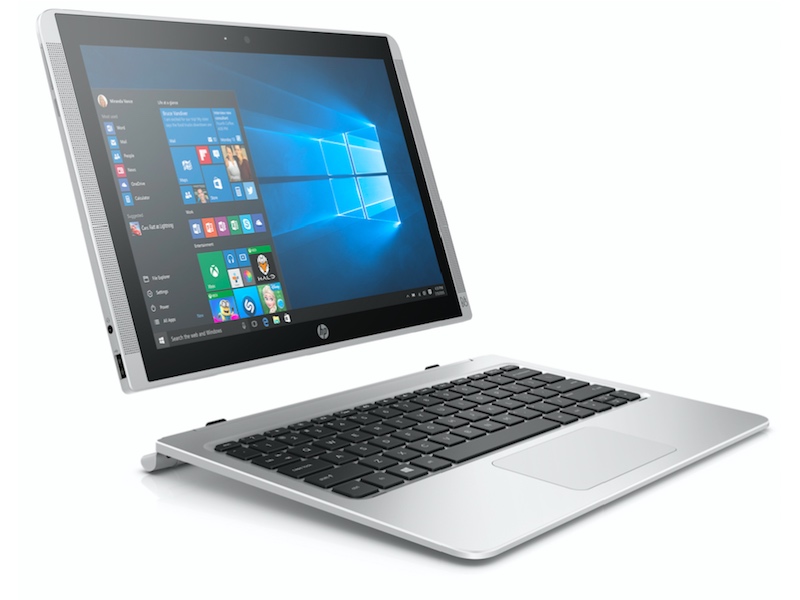 The HP Spectre x360, which was previously only available in 13.3-inch form factor, now also comes with a 15.6-inch version. The 15.6-inch version sports with a 4K display (3820x2160 pixels). It is powered by Intel Core i5 or i7 processor with Iris Graphics and up to 16GB of RAM. Other inclusions include a 1TB SSD, Band & Olufsen audio tech, USB 3.0 Type-C port, mini display port, and an HDMI port.

The company is also refreshing the 13.3-inch model, giving it an Oled display option. HP says opting for an Oled display decreased the overall weight by at least 50 grams while also delivering higher colour gamut.