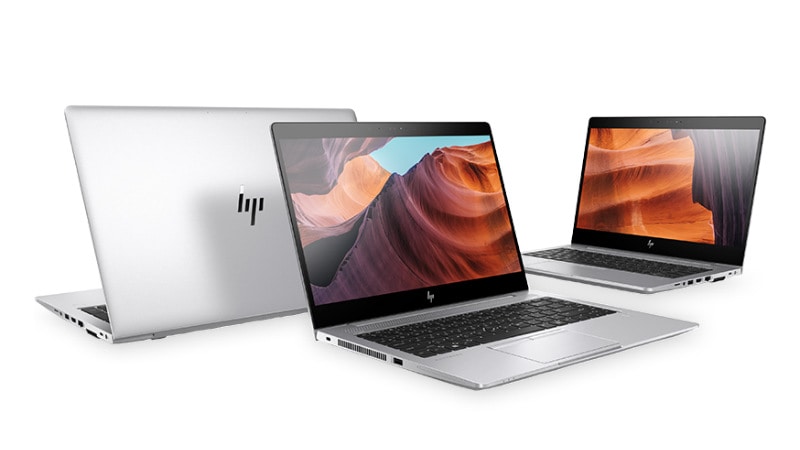 HP has unveiled the EliteBook 700 G5 series and ProBook 645 G4 with AMD Ryzen Pro processors. The new notebook models are designed for business and enterprise customers who look for an enhanced productivity experience. The company has also provided an option to have Thunderbolt Dock G2 and support for 4G LTE connectivity. While the new HP EliteBook 700 series is starting at $999 (approximately Rs. 67,200), the HP ProBook 645 G4 comes with an initial price of $759 (around Rs. 51,000). All the new HP notebooks will go on sale in the US later this month.

The HP EliteBook 700 G5 series comes in three variants. While the EliteBook 735 G5 sports a 13.3-inch (1366x768 pixels) display, the EliteBook 745 G5 has a 14-inch (1920x1080 pixels) display and the EliteBook 755 G5 features a 15.6-inch (2560x1440 pixels) display. All these models are touted to deliver all-day battery life and support HP Fast Charge technology that is rated to charge 50 percent of battery in 30 minutes. The notebooks have an ambient light sensor to automatically adjust brightness and include a noise cancellation microphone. HP has also provided an HD camera and an HD infrared webcam that works with Windows Hello. Further, there is an option to pick a touchscreen version to leverage Windows Ink and write or highlight on-screen content with a touch of your finger.

Under the hood, the HP EliteBook 700 G5 series is powered by the AMD Ryzen 7 Pro 2700U processor, coupled with Radeon Vega 10 GPU. There are options to pick up to 1TB PCIe/ NVMe SSD and 500GB HDD. In terms of connectivity, the notebooks have Wi-Fi 802.11ac and Bluetooth support, as well as USB Type-A ports, HDMI output, and a Thunderbolt 3 that works with devices supporting USB Type-C. There is also optional 4G modem to deliver high-speed data access while on the go. Moreover, the notebooks have Bang & Olufsen branded speakers and feature an aluminium chassis that has passed MIL-STD 810G testing.

Coming to the HP ProBook 645 G4, it sits between the HP ProBook 640 G3 and the ProBook 650 G4 that both have Intel Core processors. The ProBook 645 G4 has a AMD Ryzen Pro processor with Radeon Vega GPU. It has a 15.6-inch display and comes with 20.99mm of thickness and 1.73kg of weight. Also, there are connectivity options, such as USB Type-A, USB Type-C, HDMI, and a proprietary dock port, and a military-grade build. The notebook has standard stereo speakers - unlike the EliteBook 700 G5 series that comes with Bang & Olufsen tech.

That being said, the HP EliteBook 700 G5 series and the ProBook 645 G4 both run Windows 10 with Cortana support. There are also features such as OneDrive Files On-Demand that is aimed to offer a unified storage solution to corporate users.