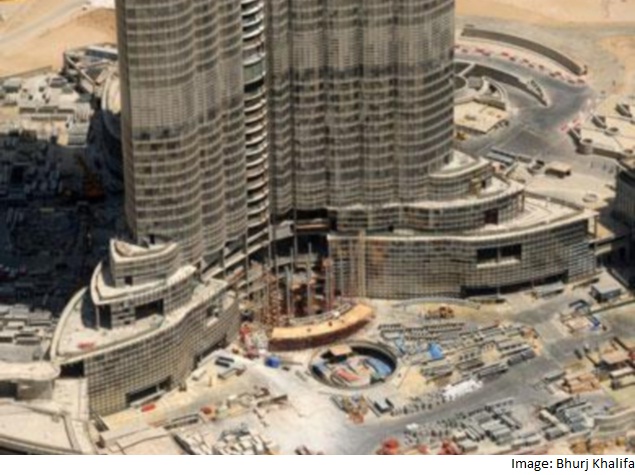 Fast-growing Dubai, where something new is always being added to the skyline, may have found a way to make construction move even faster.

The Gulf commercial hub on Tuesday announced plans to add the world's first office building made using three-dimensional printer technology to its collection of eye-catching buildings.

Mohammed al-Gergawi, the United Arab Emirates' minister of Cabinet affairs, said the project is part of a broader effort by the seven-state federation to embrace cutting-edge technology and make it a global hub for innovation.

"This building will be a testimony to the efficiency and creativity of 3D printing technology, which we believe will play a major role in reshaping construction and design sectors," he said in a statement.

The roughly 2,000 square-foot office building and furniture used inside will be printed out layer by layer from a mixture of reinforced concrete, gypsum and plastic using a 20-foot tall 3D printer.

The project is a partnership with WinSun Global, a Chinese company which has begun assembling houses and other buildings made using 3D printers, and architectural and engineering firms Gensler, Thornton Thomasetti, and Syska Hennessy.

The Emirati statement said 3D printing technology has the potential to cut building construction time and labor costs by at least half, and reduce construction waste by 30 to 60 percent. It described the proposed Dubai office as "the most advanced 3D-printed structure ever built at this scale" and the first to be put into actual use.

No details on the time-frame or cost were made public.

Officials plan to use the office as the temporary headquarters of a $136 million (roughly Rs. 865 crores) "Museum of the Future" announced earlier this year that is expected to open in 2017.

Dubai is already home to a number of fanciful man-made islands, including one archipelago depicting a map of the world, as well as the world's tallest building, the 828-metre (2,717-foot) tall Burj Khalifa.

From Chhota Bheem to Birbal, One Game at a Time: In Conversation With Nazara Technologies
Sony Xperia Z3+ Review: The Pros and Cons of Staying on Top