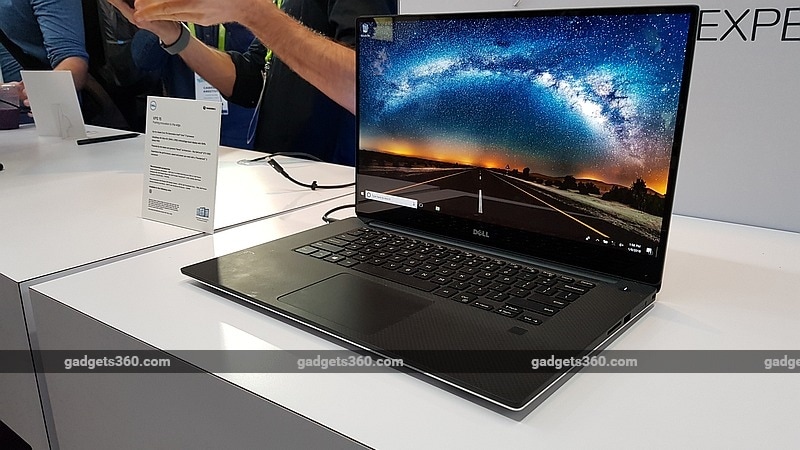 Dell has launched its new XPS 15 2-in-1 laptop at CES 2018, calling it the smallest and most powerful and 15-inch 2-in-1 ever. It runs on the newly-announced 8th generation Intel Core CPUs with integrated Radeon RX Vega M graphics from AMD on the same chip. Dell says due to this it has been able to shrink its overall motherboard size by about 50 percent.

The Dell XPS 15 2-in-1 ships with full-HD and 4K UHD display resolution options available and its screen has 100 percent RGB colour gamut. The 2-in-1 will be only 16mm in height and will deliver over 15 hours of battery life, the company says. It supports Dell’s Active Pen stylus and the XPS 15 2-in-1 will even have magnets built into it so you can mount the Active Pen and carry it around with you.

The XPS 2-in-1 has a new MagLev keyboard, which uses magnets instead of scissor or rubber dome designs to give you tactile feedback from a full-size full travel keyboard but in a more portable form. Dell claims that the XPS 15 is the thinnest and smallest 15.6-inch 2-in-1 ever made. It will become available from April in the US, priced starting $1,299 (roughly Rs. 82,700)

Sustainable innovation
Dell announced a partnership with actress and entrepreneur Nikki Reed, who will be launching a new jewellery line using gold taken out of technology. This is Dell’s attempt at sustainable technology, as only around 12.5 percent of the metals used in products across the industry are brought back.

The company is also launching the new Latitude series with gold built into motherboards and one of these is the Latitude 5285 laptop. This gold will come from technology. This is Dell’s attempt to help reduce gold mining and try recycling. A brand new antenna technology is being integrated into the Latitude 7000 series portfolio. This technology apparently increases the laptop’s ability to stay connected to wireless networks by 155 percent.

This feature will allow you to send and receive SMS, and make and receive phone calls, but it goes beyond that. If you get a notification from apps such as Instagram, Dell claims that with this app, you will see your Android phone mirrored on screen and you can open all your Android apps in your Dell computer. This feature is limited to Android as iOS doesn’t allow the access needed for this feature. This will be available on all new Dell laptops sold starting January 2018 and it works even without Internet access.

Disclosure: Dell sponsored this correspondent's flights and hotel for CES 2018.