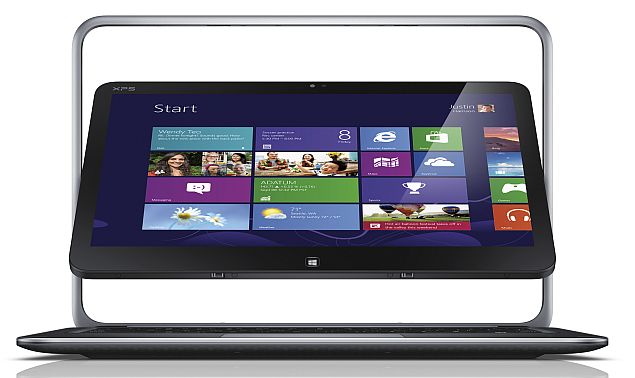 According to a report by Engadget, the price of the device will stay at $1200 and it will start shipping July 9th onwards. The convertible will be available in Intel Core i5 and Core i7 configurations. It will have 4GB of RAM and 128GB SSD. The updated XPS 12 also offers Gigabit Wi-Fi 802.11ac.

Other than the changes inside the hood, the form factor of the device has not been tinkered much. The XPS 12 convertible features a flip hinge design that allows easy transition from laptop to tablet and vice-versa. It comes with a 12.5 inch LED backlit touch display with True Life and FHD (1920x1080 pixels)resolution coated with Corning Gorilla Glass and is made up of aluminum and carbon fibre that makes it sturdy and durable.

The Windows 8 device has a 1.3-megapixel webcam and a spill resistant standard full-size keyboard. Ports include 2 USB 3.0 ports, one mini-display port and a headphone/microphone combo port.

Dell had launched the XPS 12 in India in October. There's no word on the India availability of the convertible device.

In addition to the XPS 12, Dell also upgraded its XPS 27 all-in-one with a Haswell processor along with a new Nvidia graphics chip and a thunderbolt port. It also introduced the new XPS 8700 desktop PC which is also powered by Haswell.
Comments