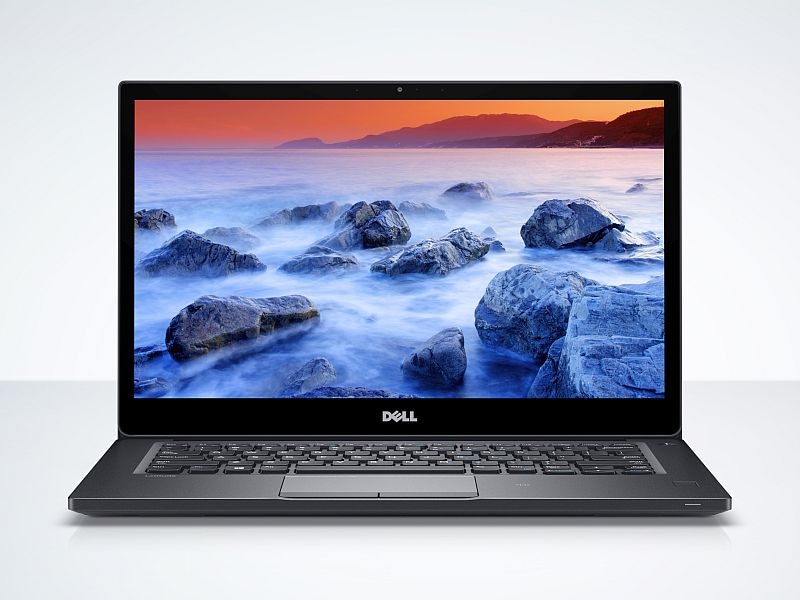 Dell revealed a range of products including a Latitude 2-in-1 business laptop, XPS 13 2-in-1, as well as new Alienware and Inspiron 7000 Gaming laptops ahead of CES 2017. Dell has more in its lineup to showcase in Las Vegas as the company unveiled a range of new Latitude, OptiPlex, and Precision devices alongside a new Canvas device at the CES event. The company revealed the new Latitude 7280 and Latitude 7480 models, Latitude 7285 2-in-1 detachable laptop, OptiPlex 7050 desktop, Dell Precision 5520 laptop, Precision 5720 all-in-one model, Precision 7720, and Dell Canvas.

Dell also revealed the new Latitude 7285 2-in-1 detachable laptop which comes with what the company claims world's first wireless charging keyboard. It will be available with seventh generation Intel Core i and Core ivPro processors coupled with Intel HD 615 GPU and up to 8/16GB 1600MHz of RAM. It features a 12.3-inch touch Sharp IGZO display with 2880x1920 pixels and Corning Gorilla Glass 4 on top. It sports a 720p front-facing camera (with Infrared) and an 8-megapixel rear camera. It will come with Windows 10 Home and Pro editions. The Latitude 7285 2-in-1 will be available in 128GB, 256GB, and 512GB SSD options while will also come in 256GB SED (self-encrypting drive) option. The 2-in-1 will also feature 2x USB Type C Thunderbolt 3 ports. The Dell Latitude 7285 2-in-1 will be available starting May and the prices are expected to be announced at Dell EMC World in May itself.

At CES 2017, Dell introduced its new OptiPlex 7050 desktop which will come in three sizes: the tower, small form factor, and micro. It will be available with seventh generation Intel Core i7 processors. It will support Microsoft's Windows 10 Home and Pro editions as well as Ubuntu operating system. The tower and small form factor of the OptiPlex 7050 will pack four DIMM slots while the micro will include two DIMM slots. It will support hard disk drives of up to 2TB and supports hybrid disk drives. The Dell OptiPlex 7050 micro will be available at a starting price of $679 (roughly Rs. ) and will go on sale from February 17. The company unfortunately has not revealed prices for the tower and small form factor as of now.

Expanding the Precision series, Dell also launched the Precision 5720 all-in-one model which will feature a 27-inch UltraSharp 4K Ultra HD (3840x2160 pixels) display with 100 percent Adobe RGB color gamut, Dell PremiereColour, and will also come with an optional touch display with articulating stand. The AIO will be also sport Jack Joseph Puig Signature Series powered by Waves MaxxAudio Pro audio solution featuring front and down firing speakers. The Precision 5720 AIO will pack seventh generation Intel Core and Xeon E3-1200 v6 series processors along with AMD Radeon Pro GPU and will be also VR Ready. It will be available in Windows 10 Pro and Ubuntu operating system options. It will come with up to 64GB 2133MHz Non-ECC DDR4 memory. The Dell Precision 5720 AIO will come at a starting price of $1,599.99 (roughly Rs. 108,500) and will go on sale in April.

The Dell Precision 7720, on the other hand, is being promoted as the company's first "VR-ready mobile workstation." It features a 17.3-inch full-HD (1920x1080 pixels) UltraSharp IPS display with anti-glare backlit with up to 64GBDDR4 DDR4 2400MHz memory. It comes in options with latest seventh generation Intel Core and Intel Xeon processors alongside choice of NVIDIA Quadro or Radeon Pro graphics cards. The Dell Precision 7720 supports RAID and up to 4TB storage. The Dell Precision 7720 has been priced at $1,799 (roughly Rs. 122,000) and will go on sale next month.

Dell on Thursday also unveiled the new Canvas system as the company's new horizontal "do" surface that is being promoted as a professional space to use through touch interaction, a pen, and totems. It features a 27-inch QHD Adobe RGB display with anti-glare Corning Gorilla Glass for durability. Dell Canvas 27 supports 20 points of touch recognition. The company adds that the highly-precise pen will be handy for sketching and creating, while it also supports dual-handed productivity. The 27-inch IPS display comes with a screen resolution of 2560x1440 pixels. The Dell Canvas has been priced at $1799 and will be available starting March. It's worth noting that the Canvas comes with just the horizontal screen and not the monitor which needs to be added separately.

The company at the event also revealed its first 32-inch 8K monitor with Dell PremierColor - Dell UP3218K. Dell claims that the 8K monitor can show content four times more than Ultra HD 4K resolution and 16 times more content than full-HD. It sports over 33.2 million pixels of resolution and a pixel density of 280ppi. It has been priced at $4,999.99 (roughly Rs. 3,40,000).

Disclosure: CES travel and accommodation for a Gadgets 360 correspondent were sponsored by Dell.