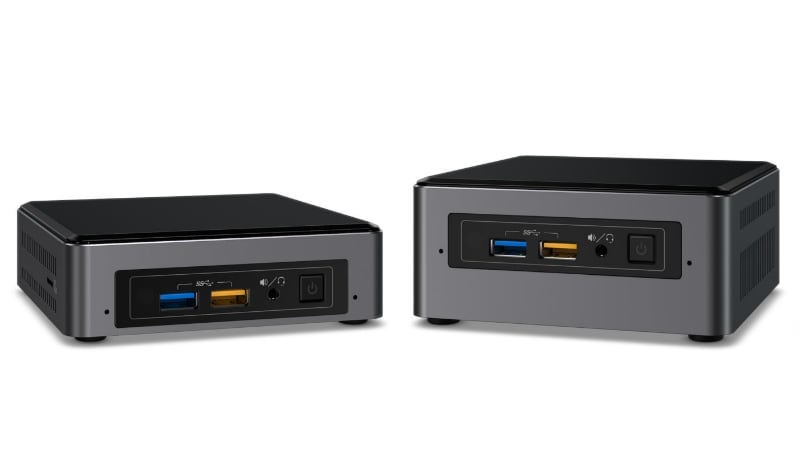 As for ports, the NUCs running on the Core i3 processor have USB Type-C 3.1 ports, while the Core i5 and Core i7 processor-based units come with a Thunderbolt 3 port. Even though the processors are different, the outer form remains the same for all the five models. The mini PCs sport an old-school square form factor with a dark finish. There's also a slightly larger form factor that supports a 2.5-inch SATA storage devices, while the shorter form is designed for PCIe SSDs.

Connectivity options also include USB 3.0 ports, as well as ports for Ethernet, HDMI, audio, and the microSD card reader are also integrated. The NUCs with Core i3 processors will be made available soon, while the others with Core i5 and i7 chipsets will ship later in the first quarter.

The new Kaby Lake chipsets bring better performance, battery life and overall efficiency. The company claims that the new chips are ten times more efficient than the first generation processors. At CES, even Asus announced a refresh for a host of its laptops and PCs integrated with the new Kaby Lake chips.