Asus is highly anticipated to launch the ZenFone AR at CES 2017 on Wednesday, but before that happens, Asus has unveiled a new lightweight laptop aimed at businesses and a VR-ready compact PC in Las Vegas. The tech giant also refreshed its old lineup to integrate the latest Intel Kaby Lake processors as well. The Kaby Lake processors promise better performance, battery life, and efficiency, and Asus has refreshed many of its laptops, 2-in-1s, and its desktop product line with the new processors.

AsusPro B9440
In Las Vegas on Tuesday, Asus launched a new 14-inch AsusPro B9440 laptop that it claims is the "lightest business notebook in the world". The laptop sports extremely thin bezels and is lightweight at 1.04kg. The portable laptop sports a full-HD display and is powered by 7th-Generation Intel Core i5 or Core i7 processors with up to 16GB of RAM and as much as 512GB of SSD storage. It has a tilted keyboard architecture for more comfort in typing. The AsusPro is priced starting $999 (roughly Rs. 68,100) and will be shipped starting May.

Asus VivoPC X
The Taiwanese company has even launched the VivoPC X compact desktop at CES. The PC is not bigger than a small gaming console, but it packs hardware that makes it VR ready. This means that the desktop can be moved around the house, as opposed to those heavy gaming PCs, and can be attached to a TV or monitor easily. It is powered by an Intel Core i5 Kaby Lake processor, a Nvidia GTX 1060 graphics card, and 8GB of RAM, while sporting up to a 512GB SSD. It weighs 2.26kg and has four USB 3.1 ports, two USB 2.0 ports, and two HDMI ports. To keep the compact PC cool, Asus has introduced side vents for proper air circulation and a special pipe to keep the heat away from the new processor. The Asus VivoPC X is priced at $799 (roughly Rs. 54,500), and will be available from March. 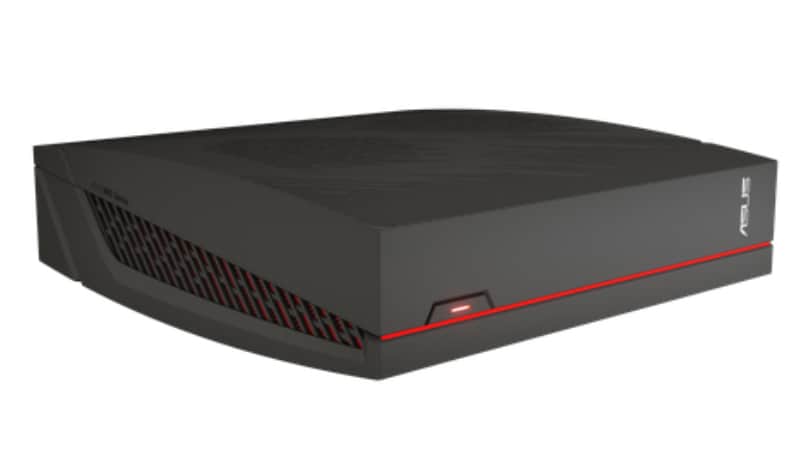