The world's largest tech trade show, CES 2017, is underway. The biggest tech giants have thronged to Las Vegas to show off their new product lineups for 2017. After Lenovo, Acer took centre stage to unveil a host of new laptops and monitors targeting different audiences. The lineup includes a fresh Chromebook, dedicated gaming laptops at a reasonable price, and monitors with eye-tracking and superfast refresh rates.

Acer Chromebook N7
At the event, Acer unveiled a rugged 11-inch Chromebook N7 meant especially for classrooms and clumsy users. It meets the US MIL-STD 810G military grade standard, which means it can survive drops of up to 4 feet and can survive under approximately 60kg of weight. It also sports a spill-resistant keyboard with keys that cannot be easily removed. It is powered by the Intel Celeron N3060 CPU, offers 16 to 32GB of storage, and comes with up to 4GB of RAM. The Acer Chromebook N7, also known as the Chromebook 11 N7 (C731), packs a 4090mAh battery, which the company claims offers a good 12 hour battery life. It supports Bluetooth 4.0, Wi-Fi 802.11, two USB 3.0 ports, and a HDMI port as well. The rugged laptop weighs approximately 1.35kg, and is priced at $229 (roughly Rs. 15,600). It is expected to be made available later this month.

The Acer Aspire V Nitro Black Edition has been made available in 15-inch and 17-inch variants. The laptop can be configured with up to a Nvidia GeForce GTX 1060 graphics card with 6GB of dedicated GDDR5 VRAM and up to 16GB of DDR4 system memory, upgradable to 32GB using two SoDIMM modules. It sports a built-in fingerprint reader and also comes with a HDD of up to 2TB capacity for additional storage. The 17-inch laptop is also available with an optional Tobii IR Eye-tracking module.

The Acer Aspire VX 15 has larger cooling vents for heating management during intense gaming sessions. Both the laptops sport a backlit keyboard for ease in gaming during poor lighting conditions. The Aspire VX 15 notebook comes with up to Nvidia GeForce GTX 1050 Ti graphics with GDDR5 VRAM. It weighs up to 2.5kg, and offers up to 16GB DDR4 RAM out of the box that can be user-upgradeable to a maximum of 32GB. Storage is provided by a 512GB SSD and 1TB HDD. 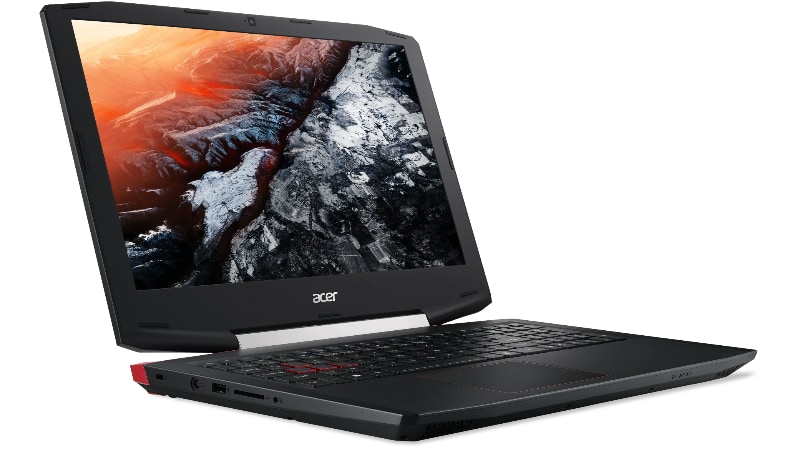 Predator gaming monitors
Under its hardcore gaming sub-brand Predator, Acer launched a three new monitors with extremely fast refresh rates. The big highlight among the three is the Z301CT which sports a 30-inch curved display with a 2560x1080 pixel resolution. It comes with Tobii IR Eye-tracking technology built-in that essentially senses your eye movement to elevate the gaming experience. The monitor supports Nvidia G-Sync and boasts of 200Hz refresh rate. The Z301CT is priced at $899.99 (roughly Rs. 61,300), and will be shipped starting next month. 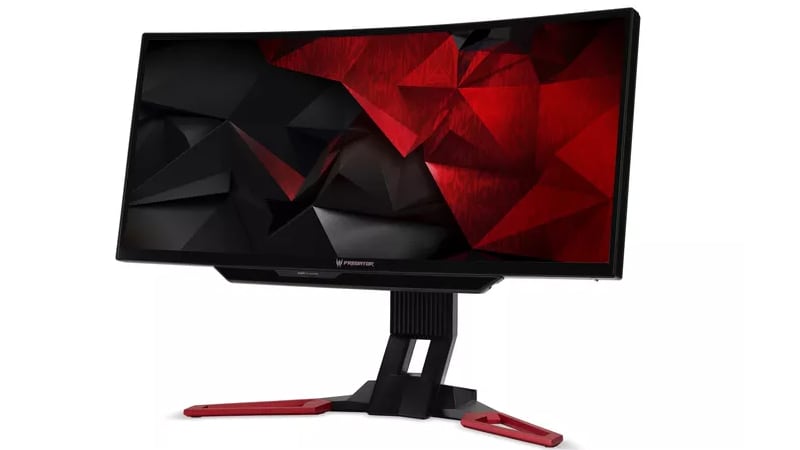 Apart from this, Acer introduced the Aspire GX series desktop PC as well. The desktop is powered by the 7th Generation Intel Core processors, sports up to 64GB of DDR4 RAM and up to Nvidia GeForce GTX 1070 graphics. It is VR ready and capable of delivering 4K visuals. The Aspire GX series will be made available in EMEA in February with prices starting at EUR 799 (roughly Rs. 56,800); and in China in February starting at CNY 5,999 (roughly Rs. 58,800).