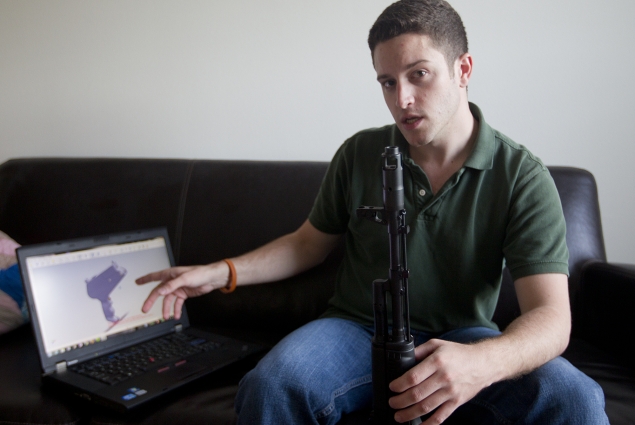 Unlicensed 3D printing of guns is illegal and punishable by up to 10 years in prison, the government said on Thursday, as it moved to address growing public concern about plastic guns.

Weapons made by printing their components are already banned under the 1968 Firearms Act, but the Home Office has updated its rules to prohibit the manufacture, sale, purchase and possession of them unless properly licensed.

Printed guns have prompted unease among public and police forces since the first firearm blueprint was successfully fired and then freely published online in May this year, attracting over 100,000 downloads in just two days.

"The Liberator" handgun was invented by 25-year-old Cody Wilson, a Texan law student. His company Defense Distributed was quickly forced to remove the plans by the U.S. government, which said he had not received approval for making the weapon.

In Britain, there are around 170,000 firearms licences and 620,000 shotgun licences currently on issue. All firearms must be licensed by the police and are subject to a lengthy applications process.

"There has been an enormous amount of interest in recent months in 3D-printed guns and the potential dangers they pose," Crime Prevention Minister Norman Baker said in a statement.

He added: "There is no evidence that they are in widespread circulation, but the coalition government has reviewed existing firearms legislation and made it absolutely clear that it is an offence to own or manufacture a 3D printed gun without a licence."

There were 5,094 offences involving firearms in Britain between April 2012 and March 2013, accounting for 0.1 percent of all crimes, according to figures from the Office for National Statistics.