Asus at its pre-Computex 2016 'Zenvolution' event at Humble House Taipei on Monday unveiled new products in its laptop and tablet portfolio - namely, the ZenBook 3, Transformer 3 Pro, and Transformer 3. All three are Windows 10 devices. The event also saw the launch of the ZenFone 3 smartphone series.

Starting with the ZenBook 3, Asus says it is thinner than the MacBook Air, yet faster than the MacBook. It features the world's thinnest fan at 3mm, and has an 82 percent screen to body ratio. It bears a Corning Gorilla Glass 4 panel, and is claimed to have a 9-hour battery life that's coupled with quick charging - 60 percent charge can be achieved in 49 minutes. It will be available in Royal Blue, Quartz Grey, Rose Gold colours, and features a gold-backlit keyboard with "twice the key travel" of the MacBook.

Coming to the Asus Transformer 3 Pro (T303) - the company says the laptop-tablet hybrid is thinner than Surface Pro 4, at 8.35mm. It features Harman Kardon audio with dual-front speakers that are supposedly four times as loud as the Surface Pro 4. 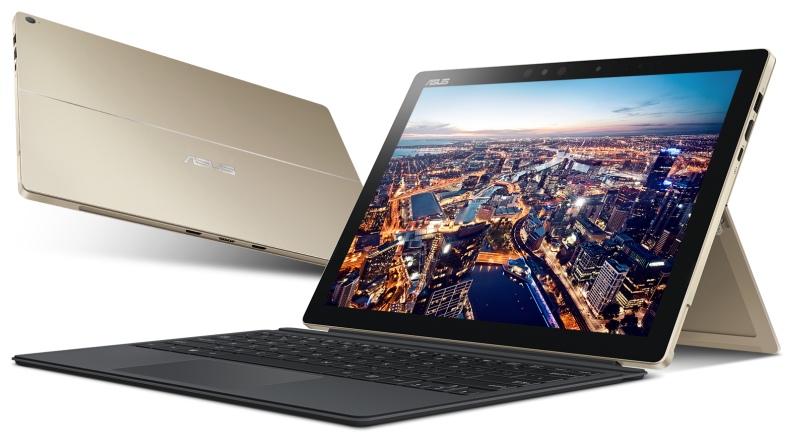 Asus Transformer 3 Pro's top model specifications include a 12.6-inch (2880x1920 pixels) display, up to Intel Core i7 processors, up to 16GB of RAM, up to a 1TB SSD, a 13-megapixel rear camera, Thunderbolt 3, full-size USB 3.0 port, and full size HDMI port. The hybrid will launch alongside a mobile hub accessory (Asus Universal Dock) for all other ports. A stylus with 1,024 pressure levels, a Bluetooth speaker accessory for quad speaker surround, and an external Nvidia GeForce GTX 1080 graphics card are also available. The Transformer 3 Pro starts at $999 including a keyboard and stylus pen. 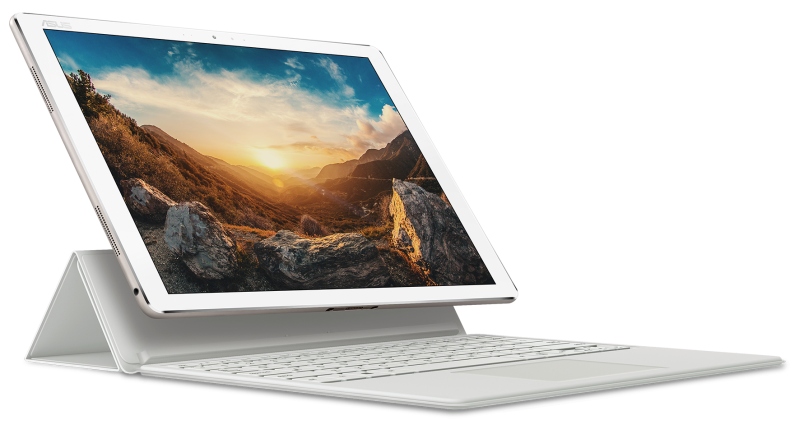 The Transformer 3 (T305) was also unveiled (seen above), weighing in at 695 grams and measuring just 6.9mm in thickness. It bears a 12.6-inch (2880x1920 pixels) display with an 80 percent screen-to-body ratio, and a 121 percent SRGB gamut. Apart from quad speaker support powered by Harman Kardon audio, it features a fingerprint reader and Windows Hello biometric authentication support, up to seventh generation Intel Core processors, up to a 512GB SSD, up to 8GB of RAM, and a 9-hour battery life. The base model starts at $799 including the keyboard dock.

Asus at its Zenvolution event also unveiled the Transformer Mini (T102), calling it the "world's lightest 2-in-1 PC." It bears a magnesium-aluminium alloy design, and weighs 790 grams with the keyboard attached and just 530 grams otherwise. The Transformer Mini (seen below) is 8.2mm thick, and bears a 10.1-inch display. The company is promising up to 11 hours of battery life.

The Transformer Mini also bears an integrated kickstand with a patented stepless "Smart Hinge" design that opens up to 170 degrees. It also sports a fingerprint sensor and Windows Hello biometric authentication support.

Disclosure: Asus sponsored the correspondent's flights and hotel for its event in Taipei.
Comments