Users can additionally purchase the VivoMini UN42 and VivoMini UN62 with Windows 8.1 or Windows 7 Professional 64-bit operating systems. Asus says that both variants are available starting this month and will come with a three-year warranty.

Various connectivity options and ports on VivoMini UN42 and VivoMini UN62 include Wi-Fi, Bluetooth 4.0, four USB 3.0 ports, one HDMI, one RJ45 LAN, one display, one audio jack (mic in/ headphone out), one four-in-one card reader slot, one Kensington lock, and a DC-in port. Both machines measure 131x131x42mm and weighs around 1kg. 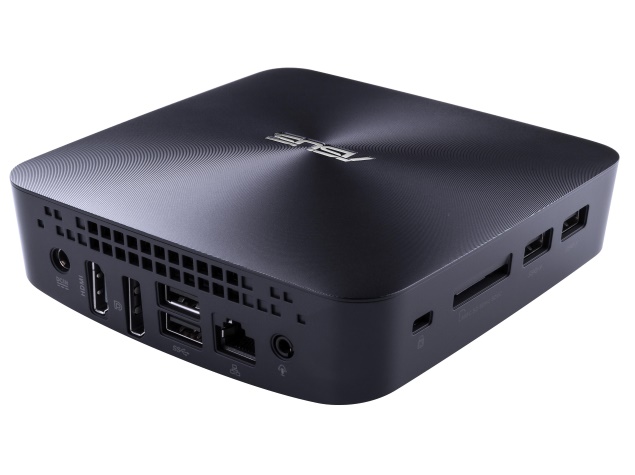 Asus says that the two VivoMini PCs also support up to three independent displays through HDMI and DisplayPort++ without the need for an additional graphics card, along with output support for 4K/ UHD (Ultra-high definition) resolution displays. The ultra-low power design on both is said to draw as little as 6.95W power at idle.

"VivoMini is ideal for a wide range of business applications and home needs. It can be used in point-of-sale (PoS) terminals, digital signage, kiosk displays, or as a computing platform for small workstations; it can also be a personal or family PC for surfing the web, playing games and watching movies," notes company in its press release.
Comments