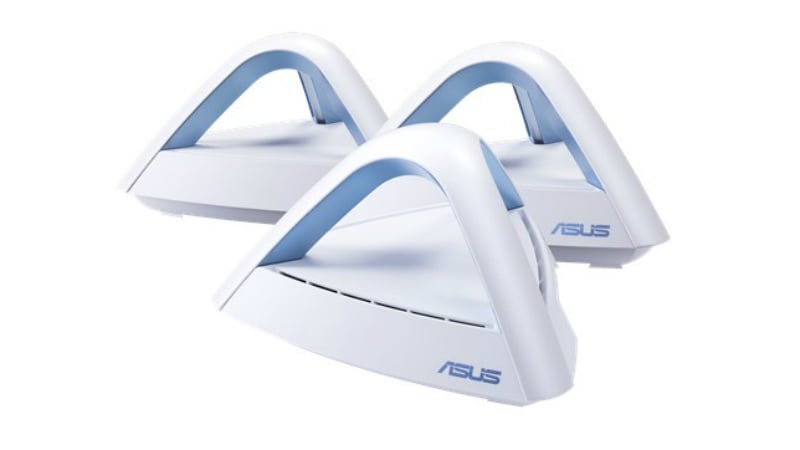 Asus has announced that it has started pre-orders for the Lyra Trio mesh Wi-Fi system that was unveiled at CES 2018 in Las Vegas back in January. The new mesh Wi-Fi system comes as a successor to the original Asus Lyra that debuted last year, and has a price tag of $299.99 (approximately Rs. 19,900). Amazon has started taking pre-orders for the Asus Lyra Trio in the US, with shipments expected to begin in early May. Availability schedule for other regions is yet to be revealed.

Based on 3x3 MIMO technology, the Asus Lyra Trio is available as a dual-band, tri-hub mesh Wi-Fi system with a unique, pyramid antenna design. Asus claims that the distinguished antenna design helps minimise interference and transmits the Wi-Fi signal vertically as well as horizontally to deliver compelling reception and performance in multi-story homes of up to 5,400 square feet. Building a unified mesh environment, the multiple hubs of the Lyra Trio work together to form a single network with one Wi-Fi name. The system is also capable of automatically connecting users to the hub with the best signal strength and seamlessly switches hubs from one place to another to provide a smooth experience. This gives a reason to why one should pick the mesh Wi-Fi system over a Wi-Fi extender or a system comprising multiple routers and switches.

Asus has tied up with Trend Micro to offer cloud-based AiProtection Classic that is touted to secure data transfer between all the connected devices. The system also uses Trend Micro's official database to identify and block known malicious sites, and if an already-infected device is on the network, the custom protection is claimed to secure the personal data. Additionally, there are features such as parental controls and 24/7 auto updates as well as WPA2 encryption and TLS protocol support to enhance the level security on the network.

Just like most of the other mesh Wi-Fi systems, the Asus Lyra Trio works with a dedicated mobile app called Asus Lyra that offers features like PC-free setup, time scheduling, guest Wi-Fi sharing, and network diagnosis. The app is available for download on Android and iOS.

Feature-wise, the Asus Lyra Trio appears as a strong competitor against Google Wi-Fi that covers a total area of 4,500 square feet. Google's offering notably has 2x2 MIMO antenna technology and its three-hub package comes at $299 (roughly Rs. 19,800). Netgear is also in the race of mesh Wi-Fi systems with its Orbi series (Review) that was launched in India in September last year and covers an area of up to 5,000 square feet.