It seems like Asus has quietly updated the Chromebook Flip as a new version of the portable was spotted at Computex 2017 event in Taipei. While the company has reportedly retained the design of the original Chromebook Flip, which was released back in 2015, it has updated the product with more capable processors and added USB Type-C ports to make it future-proof.

The new variant,  termed as Asus Chromebook Flip C101, was spotted first by Roland Quandt from WinFuture and retains the same design as well as display size of 10-inches, as pointed out in a report by 9to5Google. While the original Chromebook Flip packed an ARM-based Rockchip 3288-C processor, the new variant - said to have model name C101 - comes with a more powerful Rockchip RK3399 processor. 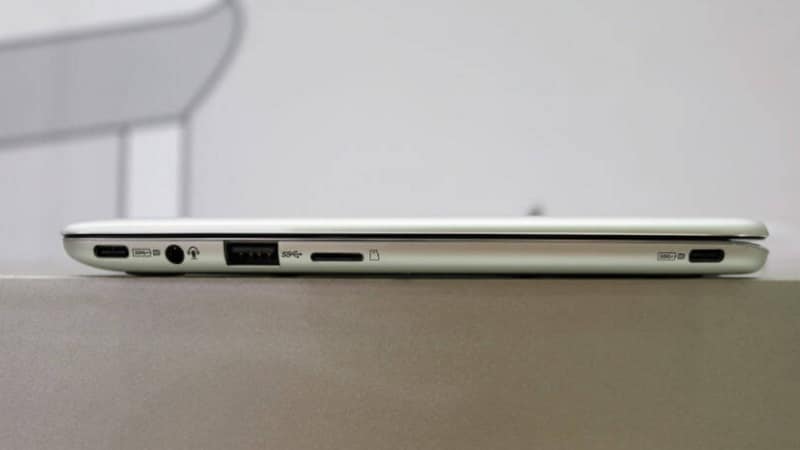 However, it's the connectivity options offered by the  Asus Chromebook Flip C101 that might excite users more. The new variant comes with two USB Type-C ports, features a microSD card slot for storage expansion, and has one USB Type-A port as well. It used to be a norm earlier but seems like important to mention that the new Chromebook Flip comes with a headphone jack too.

Notably, the original Flip from Asus was among first Chromebooks to receive support for Google Play store. While there has been no official word from the company about the pricing and the availability of the new variant of the Chromebook, we can expect the new Flip to gain the same kind of attention from users as the original product received when it is eventually launched.