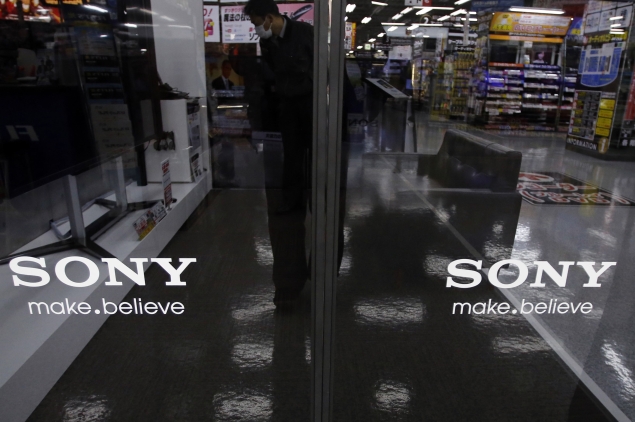 Sony Corp's plans to quit making personal computers after years of losses focus a spotlight on how it intends to fix a much bigger problem - a flagship TV division that has lost $7.5 billion over the last 10 years.

Still unclear is when Sony can catch up with local peers Panasonic Corp and Sharp Corp on the restructuring track. The pair have swallowed charges, sold off or cured many loss-making businesses, and bounced back to strong profits.

Sony is now in talks with Japan Industrial Partners, a Japanese fund that buys up businesses that are being restructured, to take over the Vaio brand's operations in Japan, according to the plan under consideration, a source told Reuters on Wednesday.

Financial details and final stakes in the new entity were still being discussed, the source said. Sony is scheduled to report earnings for the October-December quarter on Thursday.

The deal will follow the disposal of assets such as its New York headquarters and a major building in Tokyo last year and could presage CEO Hirai stepping up restructuring efforts, said Macquarie Research analyst Damian Thong.

"The only way to fund restructuring was to receive funds in deals like this one," said Thong, who has an 'outperform' rating on Sony stock. "And if you look at the last six months, I have to say that this has been the battle strategy that Kaz Hirai has been playing."

Sony said it had not announced anything about its PC business and that it was exploring various options for the unit. An official at Japan Industrial Partners declined to comment.

Earnings interest
On Wednesday, Sony's shares rose 4.6 percent as investors welcomed the news on the Vaio sale. But shares in Panasonic surged 19 percent after it more than tripled third-quarter operating profit.

Sony doesn't break out details of its PC division's financial performance. Analysts estimate its operating loss in the year through March 2014 will be around 30 billion yen.

Dwarfed by industry giants like Lenovo Group Ltd as well as Apple and Samsung, Sony's share of the PC market slipped to 1.9 percent in 2013 from 2.3 percent in 2011, according to research firm Gartner.

The news that Sony is preparing to exit one of its better-known brands will sharpen interest in the performance of the company's TV business when it reports earnings on Thursday. Analysts expect a strong showing by Sony's financial services and music businesses to help lift operating profit for the quarter to about 72 billion yen from 46.4 billion yen a year earlier.

Citing losses linked to the sale of the PC business, the Nikkei business daily reported on Wednesday that Sony could slip into a net loss for the year ending March 31 for the first time in two years.

Vaio hazard
Sony's progress has been hampered by its reliance on consumer electronics. With an array of business-to-business divisions, Panasonic and Sharp have been able to adjust their business models and focus on industrial products, like auto parts, solar panels or energy-efficient housing systems, instead of consumer goods.

Having last turned an annual operating profit in the 12 months ended March 2004, Sony's TV business has piled up total operating losses of 761.9 billion yen in the meantime.

Like other Sony businesses, Vaio - an acronym for 'Visual Audio Intelligent Organizer' - has seen its thunder stolen by Apple gadgets. The Macbook Pro has eaten up much of the consumer market for sleek, high-end laptops that had become the focus of the Vaio brand.

The iPad and other tablets as well as smartphones have also battered consumer demand for PCs overall. Worldwide PC shipments are forecast to total 278 million units in 2014, down 7 percent from 2013, according to research firm Gartner.

Sony has based its fightback on smartphones, PlayStation games, and imaging sensors for mobile devices as well as digital cameras. But analysts have mixed views on their long-term prospects, and many have been frustrated by the slow pace of progress in other businesses.

"One thing is clear, electronics remains a bleeding Achilles' heel," said Atul Goyal, an analyst at Jefferies in Singapore who has a 'hold' rating on the stock. "Sony continues to struggle without an exit strategy from electronics.