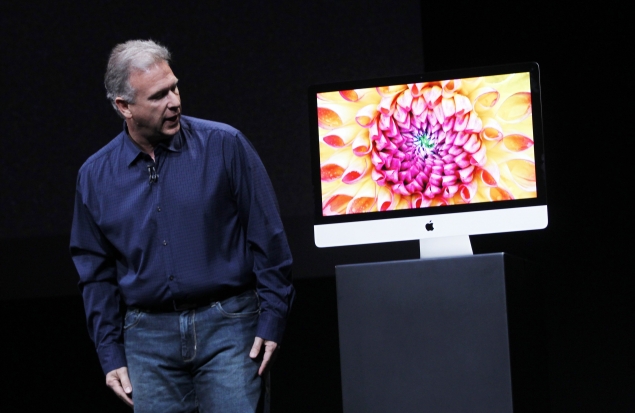 When Apple Inc marketing head Phil Schiller launched the new iMac in October he enthused about its "Fusion Drive", a storage option combining the cost and capacity benefits of hard drives with the speed of flash memory.

For many, the pitch was probably lost amid the buzz accompanying the launch of the new iPad mini the same day.

But Apple's adoption of a technology that has been around for years, without really catching on, looks likely to finally bring "hybrid" drives into the mainstream.

That will mean faster PCs that are cheap enough for most consumers, very soon.

The outlook has also suddenly brightened for makers of hard disk drives (HDDs), whose share of the $45 billion storage drive market is being eroded by makers of more modern solid state drives(SSDs) that are faster, more reliable but also pricier.

"Hybrid drives will be the future of mass market cheap storage," said John Rydning, an analyst at technology research firm IDC. "Although so far we haven't seen much traction, I see all the pieces falling into place now that even Apple is selling these."

Hybrid drives a cross between a standard HDD and a flash chip have been slow to take off because until now only Seagate Technology Plc was offering them. PC makers normally shy away from sourcing from a single supplier.

They also cost more than traditional hard drives, and have been seen as a transitional technology as the market waited for SSD prices to drop.

Now, both Seagate and rival HDD maker Western Digital Corp are banking on hybrids to get a leg up in a crowded SSD market, where they compete with more than 100 other firms.

Ultrabooks thinner, faster laptops positioned to rival tablets present the best opportunity to launch hybrid drives into the mass market, analysts say, and Ultrabooks running on hybrid drives are expected to be a big theme at next month's Consumer Electronics Show (CES) in Las Vegas.

Ultrabooks, which have chips supplied by Intel Corp, have been criticized for being too expensive, and manufacturers have shipped fewer than expected.

"An all-SSD solution for an Ultrabooks is very viable but also very expensive," Western Digital President Steve Milligan said in an interview.

Richard Kuegle, an analyst at brokerage Needham and Co, also notes that Intel's strict specification of near-instant boot times for Ultrabooks makes HDDs obsolete, while SSD solutions remain too expensive for most consumers.

"In order to get that instant-on element, you have to have NAND (flash memory) of some kind, so the answer was in front of (manufacturers) all along, and that is hybrid drives," he said.

Not so new
To be sure, Apple's solution is not strictly speaking a hybrid drive. It is software-based, relying on a huge chunk of flash memory linked to a standard HDD. Still, the underlying rationale puts it in the same category as a hybrid.

Seagate has shipped only about 1.5 million hybrid drives, branded Momentus XTs, since launching them about four years ago.

Technology research consultancy Gartner expects the hybrid drive market to grow to more than 100 million units in 2016 from its estimate of 1.8 million in 2011.

About 500 million hard drives and less than 50 million solid state drives are sold every year.

Western Digital, which estimates current demand for hybrids at 1.5 million to 2 million a year, will launch its own hybrids early in the new year and expects the market to grow quickly.

"It is important to note that Apple is validating the value of hybrid technologies," Western Digital's Milligan said.

Analysts said that while hybrid drives would let HDD makers make up some ground lost to SSDs, it was too soon to make meaningful financial projections for Seagate and Western Digital, which control 90 percent of the hard drive market.

Demand for storage is soaring.

About 650 terabytes of storage will be sold this year alone, according to Gartner -- enough to store every single piece of data on the World Wide Web twice over.

"The problem is, (SSDs are) still not cheap enough and hard drives on the other hand are still getting cheaper every day,"

IDC expects the storage drive market to be worth about $57 billion by 2016, about $12 billion more than this year. It expects hybrids to be the standard memory in at least 30 percent of notebooks in four years.

Needham and Co's Kuegle is even more bullish, estimating that almost all hard drives will have a flash component by the end of next year.

"Hybrid as a category is going to became the de-facto standard for disk drives as we go out one or two years," he said. "There's this great need to have higher throughput from disk drives but at the same time still keeping the capacity and the cost down."

Hybrids would not make sense if SSD costs fell into line with HDD costs, said Mark Geenen of Trendfocus, a hard drive consultancy. "However, we don't see that happening over the next five years," he said.

A hard drive can be as much as 10 times slower than flash memory but it is also significantly cheaper.

The flash component in a hybrid can be used to run a computer's operating system, key applications and parts of files that need speedier performance, while data such as music, movies and other files are stored on the workhorse HDD.

Some skeptics
Western Digital plans to launch hybrids of varying capacities next year, while Seagate expects its entire portfolio of hard drives to have a hybrid option in the next few years.

"I think you will see pretty much all Seagate products in hybrid format apart from the standard HDD format," Seagate's Horn said.

Hybrid drives have their own problems, though.

One big drawback is that they so far lack the ability to compete with flash drives in tablets -- one of the fastest growing device markets as those devices need the small size and light weight of flash memory.

To stay competitive, hybrids will also need to continue to become cheaper, matching or exceeding the falling prices of flash memory.

And there are skeptics.

"If you can get hybrid drives into, let's say, the sub-$1,000 PC market, I'd say that's interesting, but I'm just not as confident in hybrids anymore as I was a few years ago," hardware industry blogger Anand Lal Shimpi said.

The 128 gigabytes of flash content in Apple's Fusion Drive makes it technically superior to any hybrid that is likely to come on the market anytime soon, making Apple's offering a bigger draw for consumers, Shimpi said.

For the market to really take off, PC makers will need make products that match Apple's a big hurdle.

"Apple has a unique solution that is software-based, so any other OEM can't just say 'hey we are gonna do what Apple is doing'," Shimpi said.