Apple's annual worldwide developers conference is round the corner, and as the tradition goes, the Cupertino giant will unveil big updates for iOS, macOS, tvOS, and watchOS. A fresh leak suggests that macOS 10.14 for MacBook laptops and Mac desktops is getting a new dark mode, and the Apple News app as well.

The new macOS features were spotted by developer Steve Troughton-Smith in a 30-second preview video hidden on the Apple servers. He shared some screenshots of the new Xcode 10 running on macOS 10.14 in dark mode. The video was found within an API on the back-end of the Mac App Store. The Xcode 10 has a dark mode, but the video shows that the trash icon is also dark, suggesting that a system-wide change is incoming with macOS 10.14. macOS 10.13 currently has a partial dark mode that can be switched on, but the changes only apply to the menu bar and dock. Now, the feature is being revamped to make a system-wide change. Furthermore, the developer also noticed a new Apple News app icon in the hidden video, indicating that a desktop app is also in the offing.

Furthermore, macOS 10.14 could bring a redesign of the Mac App Store as well, to make resemble what it did with the App Store with iOS 11, including video previews - this had been tipped before by John Gruber. The background also has an image of the Mojave Desert in California suggesting the name of the next version be macOS Mojave. 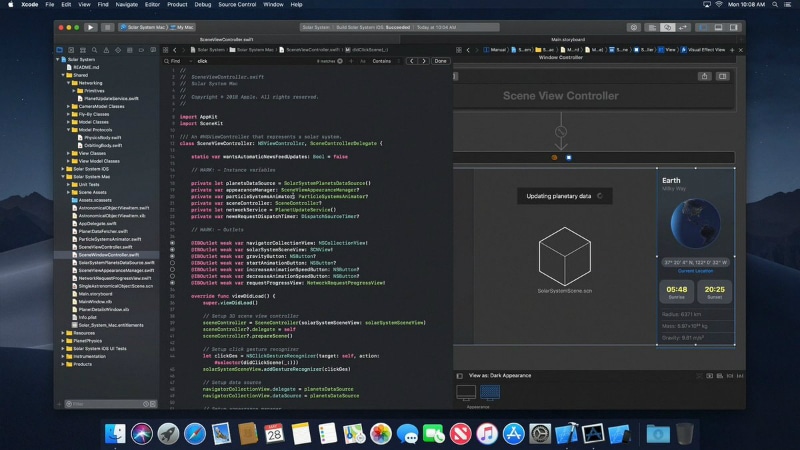 As mentioned, macOS 10.14 will be unveiled at WWDC keynote which begins at 10.30pm IST (10am PT) today, along with iOS 12, watchOS 5, and tvOS 12. Those who have an iPhone, iPad, iPod touch model (iOS 10 or above) or a Mac computer (macOS Sierra 10.12 or above) with Safari installed can watch the WWDC 2018 keynote live stream on the official website. In case you have a first-, second-, or fourth-generation Apple TV, you can watch the event at the Apple Events channel. Windows 10 users can watch the WWDC 2018 keynote live using the Microsoft Edge browser. Apple says recent versions of Chrome or Firefox browsers will be able to access the live stream as well. We'll be doing extensive coverage of the same, so stay tuned!

Further reading: Apple, WWDC 2018, macOS 10.14
Tasneem Akolawala Email Tasneem Tasneem Akolawala is a Senior Reporter for Gadgets 360. Her reporting expertise encompasses smartphones, wearables, apps, social media, and the overall tech industry. She reports out of Mumbai, and also writes about the ups and downs in the Indian telecom sector. Tasneem can be reached on Twitter at @MuteRiot, and leads, tips, and releases can be sent to tasneema@ndtv.com. More
Asus ROG Phone With Snapdragon 845 SoC, 3D Vapour-Chamber Cooling Launched at Computex 2018
How to Download a Copy of All the Data Apple Has on You