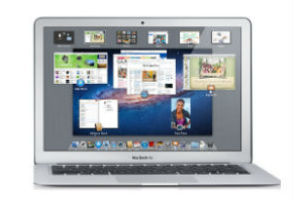 Highlights
Even as the new Mac OSX Lion hogged all the attention, Apple quietly released updates for their ultra-portable laptop, the MacBook Air,and their budget desktop, the Mac Mini.

The new MacBook Air will feature Intel's next generation Sandy Bridge processors, Thunderbolt I/O and Solid State Memory. It will be available in two versions, an 11.6-inch one and a 13.3 inch one. The pricing for the MacBook Air starts at Rs. 56,900 inc VAT  for the low spec 11.6-inch and goes up-to Rs. 89,900 inc VAT for the top-end 13.3-inch version.

Apart from the MacBook Air, Apple has released an updated version of the Mac Mini, which now features updated Intel Sandy Bridge processors, Thunderbolt I/O and AMD Radeon graphics for the top-spec version. The pricing for the Mac-Mini starts at Rs. 44,900 inc VAT and goes up-to Rs. 56,900 inc VAT for top-end variant.

Besides this, Apple has killed its iconic MacBook which was previously available for Rs. 56,900 and had been losing ground to the higher end MacBook Pros and the more portable MacBook Air.
Comments