Apple likes to keep its cards close to its chest and this is where iFixit steps in. The teardowns of Apple devices have revealed interesting things in past and iFixit has now discovered that the new 21.5-inch iMac with 4K display along with new MacBook and MacBook Pro continue the same trend. The most notable thing that was found out from the teardowns was that the RAM and CPU on the new iMac are user-upgradeable.

In the iFixit teardown, it was discovered that both CPU and RAM on the new 21.5-inch iMac are modular and thereby upgradeable as well but it might not be as easy as you would think.

"Our teardown confirms that the new 21.5-inch iMac with 4K Display has both removable RAM and a modular CPU. Of course, Apple would say neither is user-replaceable. Accessing and replacing these components isn't exactly easy, but we're saying it's possible. Maybe even probable," iFixit said in a note regarding the teardown.

"A tinker-happy user (armed with the right tools and guide) could at least double the base 8GB of memory, turning their new iMac with Retina Display into an iMac Semi-Pro," it added.

Notably, this would be the first time since 2013 that an iMac has featured expandable memory. Users who are brave enough to void warranty will now be able to upgrade their machines and increase the lifetime of the device.

You might imagine that the upgradability option might also have resulted in better reparability scores as well but as it turns out, iFixit has given a 3/10 score for the new 21.5-inch iMac. This is because it is not easy to reach the internals of the machine and requires specialised tools and skills. 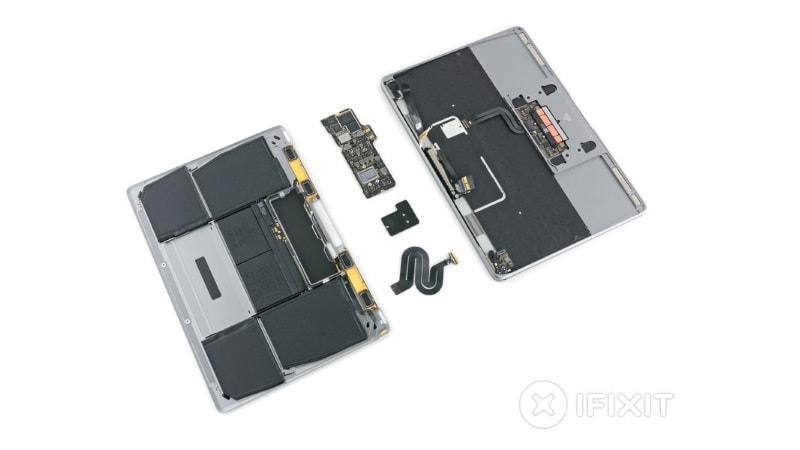 Moving to the teardown of new MacBook and MacBook Pro, the teardown revealed that Apple hasn't changed much from the previous versions but has now included a second-generation butterfly keyboard originally debuted with the 2016 MacBook Pro, as pointed out in a report by 9To5Mac. This new keyboard has been described to be more responsive. In terms of reparability, both the laptop models have been given a poor 1/10 score as the portables seem to be glued-up as strongly as the earlier Apple laptops.