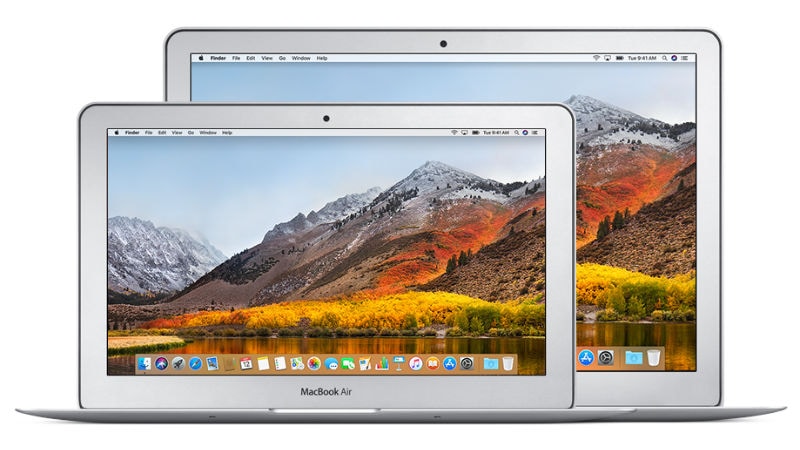 While Apple has so far maintained silence on upgrading its MacBook Air family, a fresh report reveals that the Cupertino company is preferring an eighth-generation aka Intel Core processor aka Kaby Lake Refresh for the next-generation MacBook Air. The company is reportedly not waiting for Intel's Cannon Lake chips that are expected to debut in late 2019 with a 10nm design, and opting for the traditional 14nm chips instead. Notably, the existing MacBook Air models that were launched in 2015 come with fifth-generation, dual-core Intel Core i5 and Core i7 processors. Originally, Apple was expected to launch the new MacBook Air lineup at WWDC 2018 this year. The company, however, was later found to have delayed the upgrade and set to bring the new experience sometime in the second half of the year.

According to a report by Economic Daily News, Apple's new MacBook Air models will include the Kaby Lake Refresh processors that were released in the second half of last year. The eighth-generation chips come in quad-core Core i5 and Core i7 variants that are clocked between 1.6GHz and 1.9GHz with Turbo Boost speeds between 3.4GHz and 4.2GHz. This is significantly higher than the fifth-generation Intel Core i5 and Core i7 processors that are powering the current MacBook Air models with dual-core processing.

Kaby Lake Refresh chips were launched in August last year, while Intel is planning to launch its faster Whiskey Lake processors in the second half of this year to upgrade the experience on notebooks and desktops. However, Apple is reportedly not favouring the next Intel chips for its MacBook Air models. This might be due to maintaining the prices of the new models that will be cheaper than the standard MacBook family that received the new MacBook Pro models recently. It is also reported that Apple is not in plans to wait for the Cannon Lake processors that are expected to arrive sometime by the end of 2019, based on the 10nm process.

Lenovo to Be First to Launch 5G Smartphone With Snapdragon 855 SoC, Executive Claims