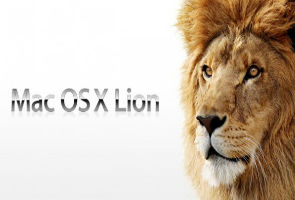 Highlights
Apple has announced that its latest operating system the Mac OSX Lion has been bought and downloaded by over a million users in a day.

Apple also revealed that it was the fastest adoption rate for any OS released by the company.

According to Apple's senior vice president of Worldwide Product Marketing Phil Schiller "Lion is off to a great start, user reviews and industry reaction have been fantastic, Lion is a huge step forward, it's not only packed with innovative features but it's incredibly easy for users to update their Macs to the best OS we've ever made."

For those who do not know Lion introduces more than 250 new features to the Mac, including Multi-Touch gestures; system-wide support for full screen apps; Mission Control, the Mac App Store, Launchpad, and a completely redesigned Mail app.

Interestingly Apple currently only offers the OS as an online download through the Mac App store for $29.99, but the company has announced a retail copy will be available in late August for $69.99 which will be sold on USB drives.
Comments