Apple's Senior Vice President of Global Marketing, Phil Schiller, has shared a few new details about the processes that went into creating the new MacBook Pro 2016, which was unveiled last week. In a brief but wide-ranging interview with British news outlet The Independent, Schiller addressed several common questions and emphasised that Apple is confident about the direction it is taking its products in. He also stated that the company has received more orders through its online store for the new MacBook Pro 2016 than it has for any previous pro laptop in the past.

Schiller made it clear that Apple's philosophical separation of the iOS and Mac product lines is going to continue for the forseeable future, as the company considers both to be independent and serve different purposes. More importantly, Schiller revealed that the company sees them as separate primarily because of their different user experience paradigms. "There’s iPhone and iPad which are single pieces of glass, they’re direct-manipulation, multi-touch and tend towards full-screen applications ... then there’s the Mac experience, dominated by our notebooks and that’s about indirect manipulation and cursors and menus", he told The Independent.

"Here’s one example of how they should remain distinct," Schiller continued. "The Mac from the very first has had a menu bar fixed at the top. It’s core to the identity and the experience you get. But iOS doesn’t have a menu at the top. It never will. The thought of pointing at a menu at the top of an iPhone feels wrong. If you made the Mac a touchscreen you’d have to figure out how to make it a good experience with your finger on a touchscreen. Trust me, we’ve looked at that — it’s a bad experience. It’s not as good or as intuitive as with a mouse and trackpad." 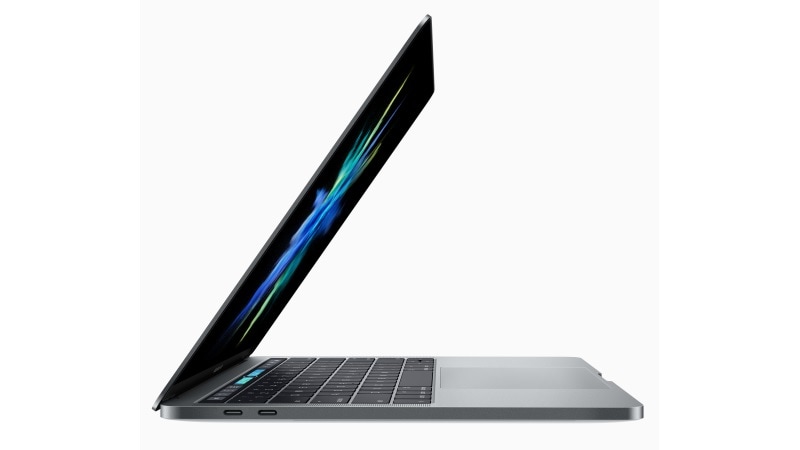 That thinking is what led to the development of the Touch Bar on the MacBook Pro 2016. "Others are trying to turn the notebook into the tablet. The new MacBook Pro is a product that celebrates that it is a notebook ... You have a surface that you type down on with your hands, with a screen facing you vertically. That basic orientation, that L shape makes perfect sense and won’t go away. The team came up with this idea that you can create a multi-touch surface that’s coplanar with the keyboard and the trackpad but brings a whole new experience into it, one that’s more interactive, with multi-touch."

Two particularly interesting decisions about the MacBook Pro 2016 have elicited sharp reactions online: the removal of an SD card slot, and the inclusion of a 3.5mm audio socket. It was Schiller himself who infamously said on stage that the reason Apple had dispensed with a 3.5mm socket on the iPhone 7 was "courage".

Schiller's arguments against the SD card slot are likely to be just as polarising. According to him, "it’s a bit of a cumbersome slot. You've got this thing sticking halfway out. Then there are very fine and fast USB card readers, and then you can use CompactFlash as well as SD ... and then more and more cameras are starting to build wireless transfer into the camera. That’s proving very useful."

As for the 3.5mm jack, it makes sense to continue having it on the MacBook Pro because it isn't only about headphones. "These are pro machines. If it was just about headphones then it doesn’t need to be there, we believe that wireless is a great solution for headphones. But many users have setups with studio monitors, amps, and other pro audio gear that do not have wireless solutions and need the 3.5mm jack," Schiller said.

Reacting to the flood of comments criticising the MacBook Pro 2016, Schiller reiterated that the Mac is important for Apple. "I hope everyone gets a chance to try it for themselves and see how great the MacBook Pro is. It is a really big step forward and an example of how much we continue to invest in the Mac," he said. "We know we made good decisions about what to build into the new MacBook Pro and that the result is the best notebook ever made, but it might not be right for everyone on day one."