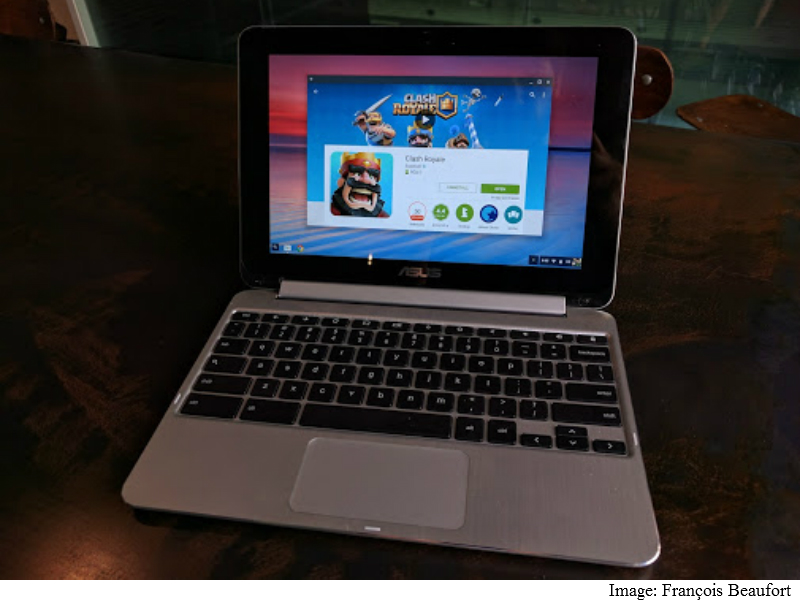 This means if you've got an Asus Chromebook Flip, you can just download an early alpha version of Chrome OS 53, and the Google Play store icon should most likely appear on your desktop. Beaufort even uploaded a picture of his Chromebook just finishing installation of the popular Android game - Clash Royale.

Alongside the Asus Chromebook Flip, the Acer Chromebook R11 and Google's 2015 Chromebook Pixel are also expected to get the support. Beaufort only hinted that more devices will get support soon, without really giving any specific timeline details.

Around 50 Chromebooks are expected to get the Android app support over the rest of the year. Several Chromebooks from Samsung, Lenovo, Asus, Acer, Toshiba, and HP have been listed on the Google support page. The search giant has also announced that the support should hit the stable channel by September or October.

With the access of Android apps on Chromebook, users will be able to download apps from Google Play and experience them on their large devices. This will result in the introduction of Skype, Games, Photo Editing apps, Microsoft Office, and much more on compatible laptops. In a demo, Director of Product Management Kan Liu showed off the new integration and explained how the Google Play will work on Chromebooks. Music, movies, and photo editing apps work completely offline on Chromebooks as well, just like on smartphones. Watch the full demo here.