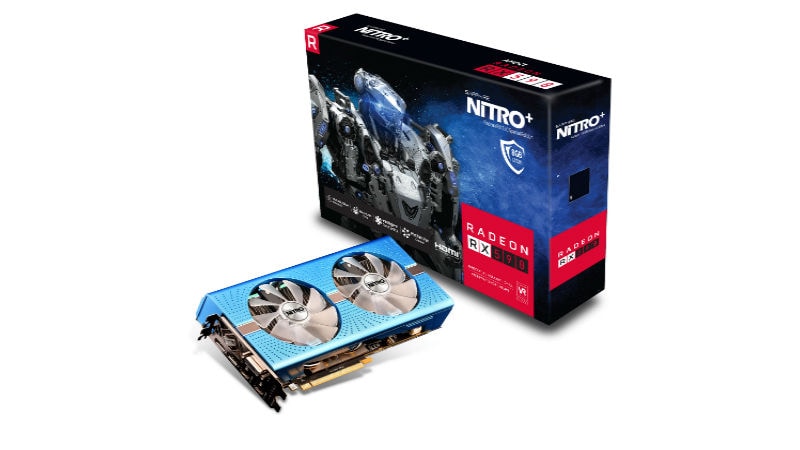 AMD is introducing a new mid-range GPU, the Radeon RX590, in order to captialise on demand from users looking to upgrade but not spend too much. The Radeon RX590 is not based on a new architecture, but instead a refresh of the current mainstream Polaris architecture. It is AMD's first GPU to be manufactured on a new 12nm, process which allows for improved performance and yields. Graphics cards based on the new GPU will not replace older models, but will slot in between the Radeon RX 580 introduced last year, and the higher-end Radeon Vega 56. AMD's recommended retail price is $279 (approximately Rs. 20,000), and cards will be manufactured and sold by XFX, Asus, Sapphire, and PowerColor, amongst others. They will go on sale internationally from November 15.

According to AMD, the Radeon RX 590 is ideal for playing current AAA game titles at 1920x1080, which is the resolution used by 64 percent of gamers today. Compared to the Radeon RX 580 (Review), the new Radeon RX 590 should provide a 12 percent performance boost within the same thermal and power requirements. At that resolution, gamers can expect to see performance of over 60fps in Far Cry 5, Monster Hunter World, PUBG and Fortnite; over 90fps in Battlefield 1, Doom, and Forza Horizon 4; and over 120fps in CS:GO, DOTA 2, Overwatch, League of Legends, and COD: Black Ops 4.

AMD is specifically targeting gamers who are looking to upgrade from a Radeon RX 480 or Nvidia GeForce GTX 970 GPU, which are now a few years old. The Radeon RX 590 is claimed to deliver significant improvements in AAA and esports titles compared to these older GPUs, but isn't much of an upgrade over the Radeon RX 580. AMD also promises rich and immersive VR experiences.

In terms of specifications, the new GPU has 2304 stream processors grouped into 36 compute units, which is the same as the Radeon RX 580, but they will run at higher base and boost speeds of 1469MHz and up to 1545MHz respectively. Total bandwidth is rated at 7.1 Teraflops. All Radeon RX 590 graphics cards will have 8GB of GDDR5 RAM on a 256-bit memory bus. As with all current AMD GPUs, there will be support for variable refresh rates with compatible FreeSync monitors. Various driver and software features are also supported including the low-level Vulkan rendering API, AMD Radeon ReLive for recording and streaming gameplay, and Radeon Chill which caps and regulates framerates for lower power consumption.

Radeon RX 590 Graphics cards will compete with Nvidia GeForce GTX 1060 models in the market. To make the deal sweeter, AMD is introducing a new game bundle across its product lineup. Three games are free with all purchases of a graphics card or fully built PC with a Radeon RX 590 GPU: Devil May Cry 5, The Division 2, and Resident Evil 2, which together represent significant value. The same free games will also be given free with Radeon RX Vega products, and anyone buying a Radeon RX 580 or Radeon RX 570 will be able to choose two of the three.