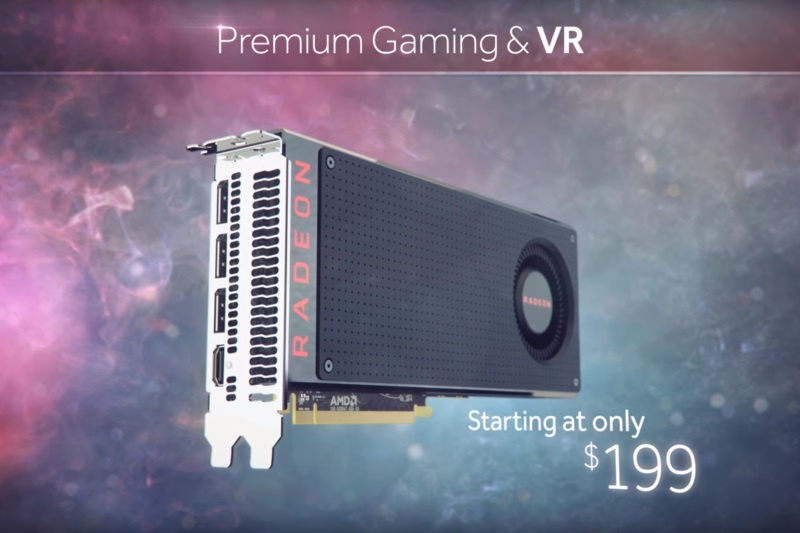 Highlights
Following complaints from early reviewers that new Radeon RX 480 graphics cards were pulling too much power from the PCIe slots of the motherboards they're plugged into, AMD has released a statement promising a new driver update which will limit PCIe power draw.

Some reviewers who were able to test reference Radeon RX 480 cards from AMD prior to the launch date noted that while the company claimed a total power draw of 150W, actual usage showed spikes well beyond that while running heavy loads. Tom's Hardware and PC Perspective observed that their samples were pulling up to 168W, potentially putting undue stress on the motherboard's power distribution capabilities.

AMD responded to the criticism through Reddit and in an official statement, saying that the Radeon RX 480 had passed PCIe standards compliance testing and this was an issue that seemed to affect "some cards worldwide" in "select scenarios where the tuning of some RX 480 boards was not optimal". Further questions arose on forums across the Internet as the problem seemed inherent to the design of these cards. The company also said it was looking at its drivers and would release an updated statement on July 5.

Now, shortly before midnight in the USA, AMD confirmed that it will release a new driver within two days, which will address power distribution and lower the current draw from the PCIe slot. The company did not specify whether this will impact performance and involve a BIOS flash, which is most likely. This update, which will be released as Catalyst 16.7.1, is the result of a worldwide team working through the weekend since the issue first came to light.

AMD says it is confident that the reported power draw levels do not pose any risk of damage to motherboards or other PC components, but for those who do have concerns, there will also be a new option that users can select to impose a "compatibility" power draw cap on their cards. This will have "minimal performance impact". However, as with all new driver releases, this one will incorporate tweaks that improve performance in some games by up to 3 percent which should "substantially offset the performance impact for users who choose to activate the 'compatibility' toggle".

Reviewers reported that there was no instability, but test environments are not necessarily indicative of real-world conditions. While most high-end motherboards can handle spikes of this nature, not all will be able to, and longer-term effects are unknown. Overclocking and using a second card in CrossFire mode would only add to the stress on the motherboard.

AMD has outfitted reference cards with only a single 6-pin PCIe power connector, limiting the amount of power the card can draw beyond the 75W permissible through a PCIe slot. A single 8-pin connector or a second 6-pin connector would have alleviated this problem, but AMD seems to have wanted to boast about low power consumption, choosing to forego that overhead. Third-party manufacturers including Sapphire, Asus and MSI will most likely beef up the power inputs on their custom-designed cards.

The Radeon RX 480 was launched in India on June 29 but controversy over the unusually high Indian pricing soon erupted. The company later backtracked, reducing prices by Rs. 2,000 and confirming that all import and distribution overheads were accounted for within that price. AMD is expected to launch its lower-end Radeon RX 470 and Radeon RX 460 within the next few weeks or months.  Stay tuned for our own review of the AMD Radeon RX 480, coming up soon.