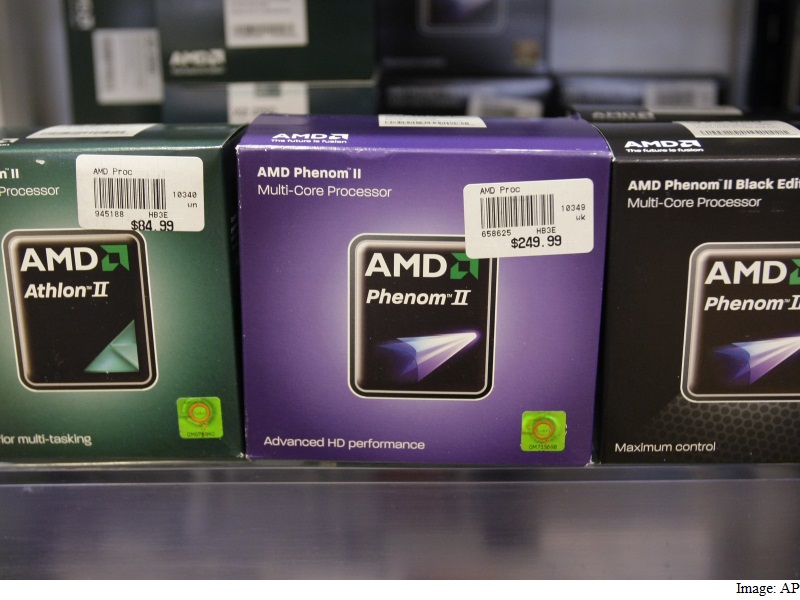 Advanced Micro Devices Inc's forecast implied that the struggling chipmaker could post a surprise rise in current quarter revenue, ending a run of six quarters of declines, helped by strong demand for its chips and a new licensing deal.

AMD also reported a lower-than-expected drop in revenue for the third quarter in a row due, in part, to the licensing deal, helping send the company's shares surging 21 percent in trading after the bell on Thursday.

AMD said on Thursday it signed a $293 million (roughly Rs. 1,949 crores) agreement to license its processor technology to a joint venture it formed with Tianjin Haiguang Advanced Technology Investment Co Ltd, an investment unit of the Chinese Academy of Sciences.

The technology will help China produce its own server chips for datacenters, a market dominated by Intel Corp, one of AMD's biggest rivals along with Nvidia Corp.

"This deal is at least one victory lap on monetizing its IP. I expect more to come in the future, especially with GPUs (graphic processing units)," Moor Insights & Strategy analyst Patrick Moorhead said.

Chief Executive Lisa Su said AMD's revenue would increase more than usual on a sequential basis this quarter due to strong demand for its graphics chips and semi-custom chips, designed to suit customers' specific needs.

AMD is slated to ship its Polaris GPUs in the middle of the year, which it hopes will lead to revenue growth in 2016 after 2015 revenue declined 27.5 percent.

AMD's shares were up 21 percent at $3.17 in extended trading. They had fallen 8.7 this year through Thursday's close, while the broader semiconductor index had gained 0.6 percent.