Acer has kick-started CES 2018 with the launch of a bunch of new notebooks and gaming laptops. The Taiwanese company has launched the new Acer Swift 7, which is the touted to be the world's thinnest laptop, alongside the Acer Spin 3 that has multiple modes, and the Acer Nitro 5 gaming laptop. The CES stage was also leveraged to unveil the new, Blue-coloured Chromebook 11. Additionally, the PC maker has announced the US availability of the Predator Orion 9000 and the Switch 7 Black Edition during its CES press briefing. Both the computing devices were showcased at the IFA 2017 last August.

Among all the new offerings, the new Acer Swift 7 is perhaps the most interesting one. The upgraded Swift 7 is the 8.98mm thin notebook that features a 14-inch full-HD touchscreen panel and Corning Gorilla Glass NBT protection. Originally, the Swift 7 was debuted with a thickness of 9.98mm. The Windows 10-based notebook is powered by seventh-generation Intel Core i7 processor - coupled with 8GB of LPDDR3 RAM and 256GB PCIe SSD storage. Further, it supports LTE through the built-in Nano-SIM slot and eSIM functionality.

The unibody aluminium-made Acer Swift 7 sports a backlit keyboard and a Gorilla Glass NBT-protected touchpad. The notebook comes with a fingerprint reader and supports face detection through Windows Hello. Besides, it is claimed to deliver up to 10 hours of battery life on a single charge.

Unlike the Swift 7 range, the Acer Spin 3 debuts as an all-day productivity and entertainment notebook - offering a laptop, tablet, display, and a space-saving tent mode through its 360-degree dual-torque hinge design. The Spin 3 notebook notably has an eighth-generation Intel Core processor that is absent on the Swift 7. Further, there is a 14-inch full HD IPS display and two front-facing speakers with Acer's custom TrueHarmony technology. It comes with 12-hour battery life. 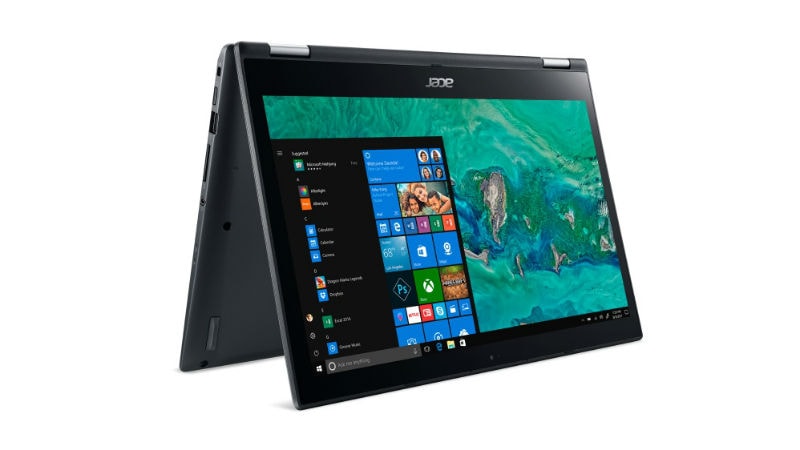 Acer also unveiled the 15-inch Nitro 5 at the CES 2018 that is aimed at "casual gamers" who are looking for sufficient power in a portable size. The Acer Nitro 5 features a 15.6-inch display and houses a Ryzen mobile processor with Radeon TX560 graphics, paired with 32GB of RAM and up to 512MB of SSD storage. Also, there are connectivity options such as USB Type-C, gigabit Ethernet, and HDMI 2.0. The company has bundled a NitroSense software that enables monitoring of GPU and CPU in a real time.

In addition to three new notebook models, Acer at the CES unveiled the all-new Chromebook 11. The new Acer Chromebook 11 comes in two models, namely CB311-8H and CB311-8HT, both featuring an 11.6-inch display with 1366x768 pixels resolution. It comes with Intel Celeron processors, coupled with 4GB of RAM and 16GB as well as 32GB eMMC storage options. The laptop packs a battery that is rated for 10 hours of backup. Interestingly, the battery charges via either of the two available USB Type-C ports. 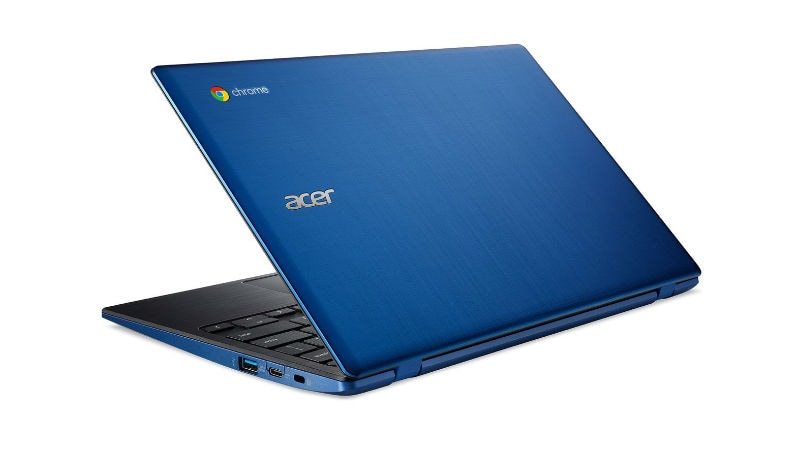 On the connectivity front, the Acer Chromebook 11 has two USB 3.0 port, Bluetooth v4.2, and 2x2 MIMO 802.11ac Wi-Fi in addition to the two USB Type-C ports. There is also an HDR camera to enable video conference. Moreover, the new Chromebook comes with a touchscreen option and supports Android apps via Google Play.

The Chromebook 11 will be available first in Europe, Middle East, and Africa in March with a starting price €249 (approximately Rs. 18,950). It will also go on sale in the North American markets at $249 (roughly Rs. 15,800). However, its availability and price for the Indian market are yet to emerge.

Apart from the major new announcements, Acer revealed that it is set to sell the Acer Switch 7 Black Edition (SW713-51) in the US at a starting price of $1,699 (approximately Rs. 1,07,500) later this month. The company is also in plans to make the Acer Predator Orion 9000 series available in the US market at $1,999 (around Rs. 12,6,400). The gaming desktop PC is expected to go on sale beginning February.