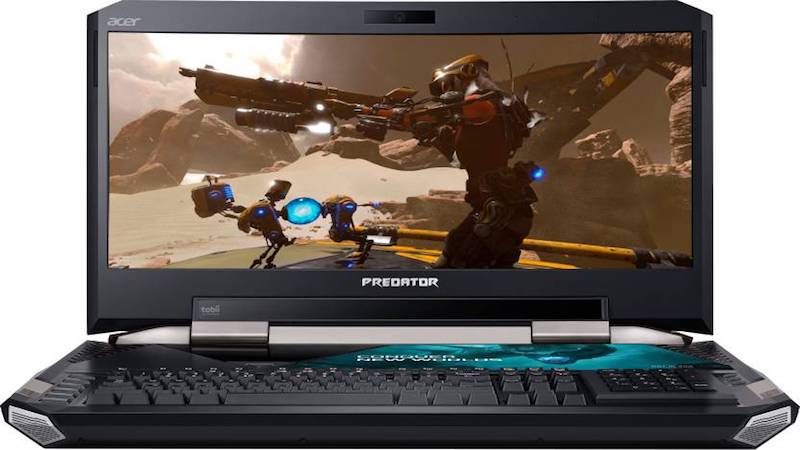 Acer India on Friday announced the launch of its Predator 21X gaming laptop - launched initially at IFA 2016 in Berlin. It is touted to be the world's first gaming laptop to sport a curved screen display.

Pre-orders for the Acer Predator 21 X are live on Flipkart and the gaming laptop will be available starting December 18. It has been priced at Rs. 6,99,999, which is a steep hike compared to the US pricing of $8,999 (roughly Rs. 5,77,000). Each Predator 21 X will ship with a custom hard-shell carrying trolley case. In addition, the first 300 notebooks will include a limited edition series number on the panel.

The Acer Predator 21 X is based on Windows 10 and has support for Windows Hello through its front camera. It features a 21-inch curved full-HD ultrawide IPS display, with G-Sync support, that has a resolution of 2560x1080 pixels, an aspect ratio of 21:9, and a refresh rate of 120Hz. Powering the gaming laptop is a 7th generation Intel Core i7-7820HK processor (2.9GHz with turbo boost up to 3.9GHz) paired with two Nvidia GeForce GTX 1080 graphics cards in SLI.

There is 64GB of DDR4-2400 RAM on board, up to four 512GB solid state drives (including two NVMe PCIe SSDs), and a 1TB 7200RPM hard drive. It also equips Thunderbolt 3 on its USB Type-C port. Acer claims that its Killer DoubleShot Pro technology picks the fastest network connection (Ethernet or wireless).

The gaming laptop weighs in at 8.5 kilograms and has five system fans (including three AeroBlade ones) along with nine cooling pipes. It also includes Acer's DustDefender and CoolBoost apps that claim to offer better heat dissipation. There is also a full-sized mechanical backlit keyboard (Cherry MX Brown keys) and a convertible Precision Touchpad. The Predator 21 X has two USB 2.0 ports, two USB 3.0 ports, one HDMI port, an SD card reader, and one USB Type-C/ Thunderbolt 3 port. Powering the audio on this mammoth laptop are six built-in stereo speakers (4 regular and 2 subwoofers) that offer 3-way audio design.