At its Next@Acer event in New York on Thursday, Acer expanded its Swift series portfolio to launch the Swift 1 and Swift 3 laptops. Both the devices will first arrive in China this year, followed by North America and EMEA in June this year. The company has also launched an all-new Aspire series with a range of new laptops catering to different consumer needs. Lastly, it also unveiled the Aspire U27 all-in-one PC and a fesh Predator gaming line-up as well. 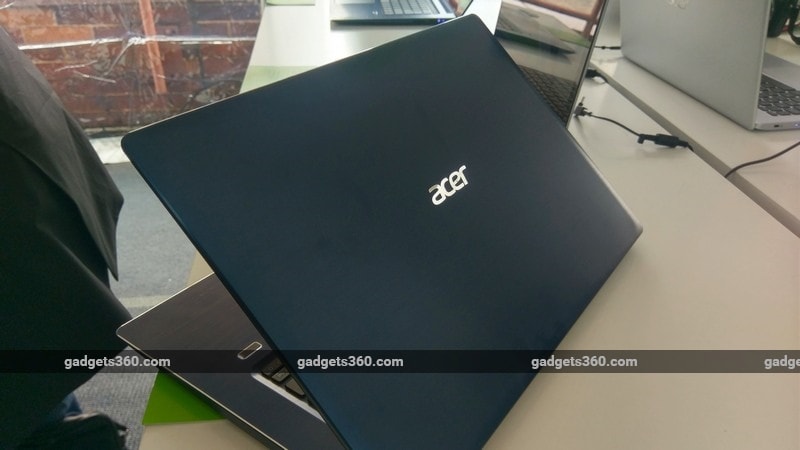 The Acer Swift 1 is a portable device with a 13.3-inch full-HD IPS display and weighs just 1.3kg. It has a metal chassis available in three colours - Pure Silver, Luxury Gold, and Sakura Pink. It also offers up to 10 hours of battery life, supports an Intel Pentium or Celeron processor, 4GB of memory and either 64GB, 128GB, or 256GB of SSD or eMMC storage. Like the Swift 3, the Swift 1 also includes ultra-fast 2x2 MIMO 802.11ac wireless technology. The Swift 1 series will be available in North America in June with prices starting at $329 (roughly Rs. 21,000); in EMEA in June with prices starting at EUR 399 (roughly Rs. 29,800); and in China in April starting at CNY 3,499 (roughly Rs. 32,500) . Both the devices come with Windows Hello support, and the Acer BluelightShield feature that controls blue light emission for reducing eye strain.

Acer Aspire Series
There's also the brand new Acer Aspire notebook lineup that includes - the Aspire 1, Aspire 3, Aspire 5, and Aspire 7 - all catering to different USPs. The Aspire 1 includes a one-year subscription of Office 365 Personal, and 1TB of OneDrive storage. It features a 14-inch display and weighs 1.65kg. The device can be powered by Intel Celeron or Pentium processors, with options for 32GB or 64GB of eMMC storage, 4GB RAM, and Intel HD Graphics. The Aspire 1 claims to offer up to 9 hours of battery life. The Acer Aspire 1 series will be available in North America in June starting at $219 (roughly Rs. 14,100); and in EMEA in June starting at EUR 249 (roughly Rs. 17,300). 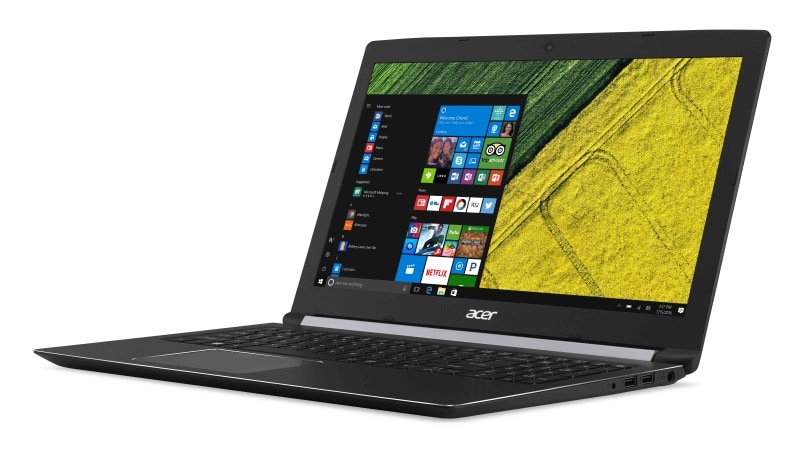 The Aspire 5 is meant to be a powerhouse by supporting up to seventh-generation Intel Core processors and latest Nvidia GeForce graphics, and a maximum of 20GB DDR4 2400MHz memory. It features a 15.6-inch HD or full-HD IPS display, and connectivity options include USB 3.1 Type-C Gen 1 port, USB 3.0 port that supports power-off charging, and another two USB 2.0 ports. Storage wise, there are a range of options to choose from with HDDs up to 2TB and M.2 SSDs up to 256GB. The Acer Aspire 5 series will be available in North America in June starting at $449 (roughly Rs. 28,700); in EMEA in June starting at EUR 549 (roughly Rs. 38,300); and in China in April starting at CNY 3,999 (roughly Rs. 37,100). 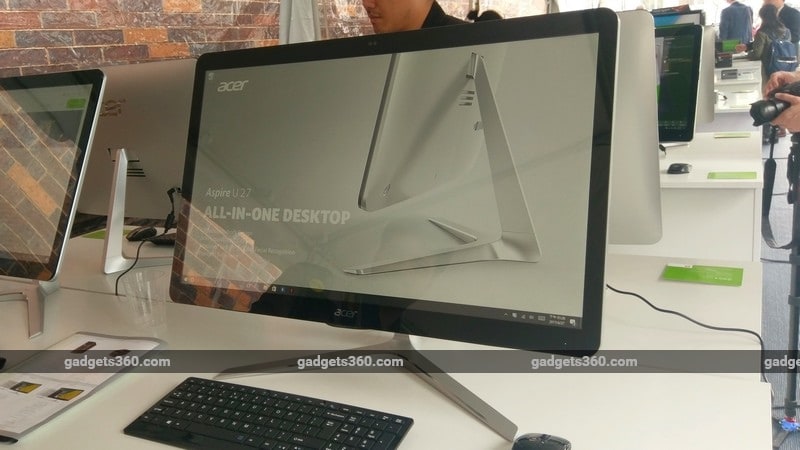 Acer also unveiled an all-in-one PC Aspire U27 that boasts of a 27-inch full-HD wide viewing angle display. It comes with the patented LiquidLoop liquid cooling system allowing the all-in-one PC to both operate quietly and maintain a slender profile. The other device to come with LiquidLoop is Switch 5 2-in-1 which is powered by the seventh-generation Intel Core i7 and i5 processors.