Acer on Tuesday launched a number of devices in India, from laptops and all-in-one PCs, to gaming monitors and curved monitors. The devices launched are Acer Aspire E5 Series, Aspire V Nitro notebook, Aspire V3 Series, Aspire Z Series AIO, Aspire Switch 12 series 2-in-1 Notebook (seen above), XB240H gaming TFT monitor, and the XR341CKA curved monitor with Nvidia G-Sync technology. Acer has added that all the notebooks and all-in-one devices run on Windows 8.1 and will be upgraded to Windows 10 in future.

The Acer Aspire E5 Series notebooks come in two variants based on their screen sizes - 14-inch and 15.6-inch. Available in White, Red and Charcoal colour options, the Aspire E5 Series laptops are powered by fifth generation Intel Core processors and can be configured with up to Nvidia GeForce 920M series graphics with dedicated DDR3 VRAM. Users also have the option to add up to 16GB RAM and 1TB HDD storage. Besides featuring LumiFlex, BluelightShield, Acer TrueHarmony, the device includes Wi-Fi 802.11ac, Bluetooth and other regular options under its connectivity. The Aspire E5 Series notebooks are Skype-certified.

The Acer V Nitro Black Edition (seen below) is a gaming notebook that was launched globally in November last year. It features a 15-inch 4K resolution IPS display with Acer ComfyView non-glare technology and is powered by a fourth generation Intel Core i7 processor. The notebook can also be clubbed with up to a Nvidia GeForce GTX960M. Additionally, it houses the company's own DustDefender technology, which as per the company removes the internal buildup of dust using the notebook's metal-fan. CoolBoost technology is also included that enables users to enable faster fan speed, and lower CPU/ GPU temperatures. 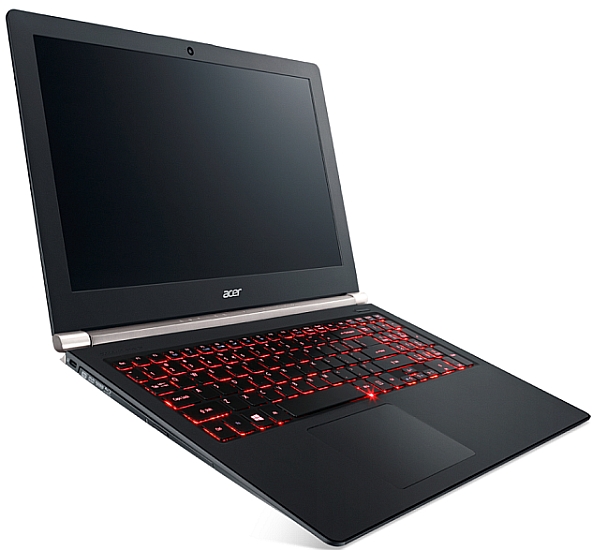 The Acer Aspire V3 (seen below) is the company's premium laptop, which is powered by fifth generation Intel Core processor and Nvidia GeForce GTX 840M GPU with 2GB DDR3 RAM. The RAM can also be expanded up to 16GB. For now, the display size of the model being launched in India has not been detailed by the company. A 1TB HDD is also equipped by the laptop. Acer says the Aspire V3 provides a 7-hour battery life, and also houses Dolby Digital Plus Home Theater-powered sound system. The company is also giving Acer's Precision Touchpad with ACM (Accidental Contact Mitigation) technology along with the laptop. 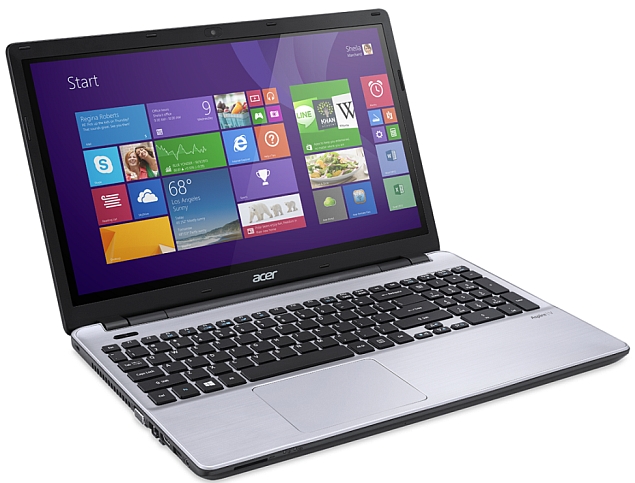 The firm also announced its Acer Aspire Z All-in-One PC (seen below) featuring a 19.5-inch full-HD display. The Windows 8.1-based PC is said to feature an adjustable stand that tilts from 17-degree to 35-degree. Besides a HD webcam, the AIO device additionally equips two-front facing speakers and comes with 500GB of storage space. Powered by an Intel Pentium J2900 processor (4 cores, 4 threads, 2.41GHz base, 2.66GHz Turbo) the company claims the PC has a small footprint, leaving more space for the user as compared to traditional desktop PCs. The AIO also comes with an adjustable stand that tilts from 17-degrees to 35-degrees. 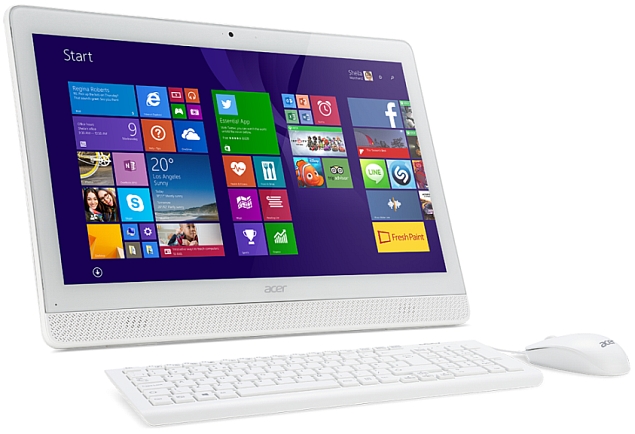 The Acer Aspire Switch 12 is the company's 2-in-1 notebook that was launched globally in November last year. It can be used without the keyboard, which comes attached via a magnetic latch. The keyboard can also work connected or wirelessly with the hybrid laptop. The notebook can be viewed in five different modes - notebook, pad, display, tent and desktop. Users also have the option to use Acer Active Pen for a more intuitive writing and drawing. Featuring 12.5-inch Full HD (1920x1080) IPS display with Zero Air Gap technology, the laptop is powered by Intel Core M processor.

Besides the laptops and All-in-One devices, Acer also introduced what it calls the world's first 34-inch ultra-wide IPS curved monitor XR341CKA with 178-degree viewing angle and Nvidia G-Sync, which offers minimum stutters and screen tears. The monitor houses two 7W speakers powered by DTS Audio alongside a zero-frame design with aluminum base and ambient lighting. The firm says that the monitor can also be tilted from -5-degrees to 35-degrees and can be adjusted vertically up to 130mm. It supports DisplayPort and HDMI inputs, and sports a built-in USB 3.0 hub.

Also, Acer XB240H (seen below) was announced which is claimed as the world's 1st QHD / UHD, G-Sync / FreeSync gaming monitor by the firm. The monitor like the XR341CKA gaming monitor, sports Nvidia G-Sync technology along with 144Hz refresh rate and 1ms response time. Sporting an Ultra-HD resolution display, the monitor will be available in 24-inch and 27-inch screen sizes. 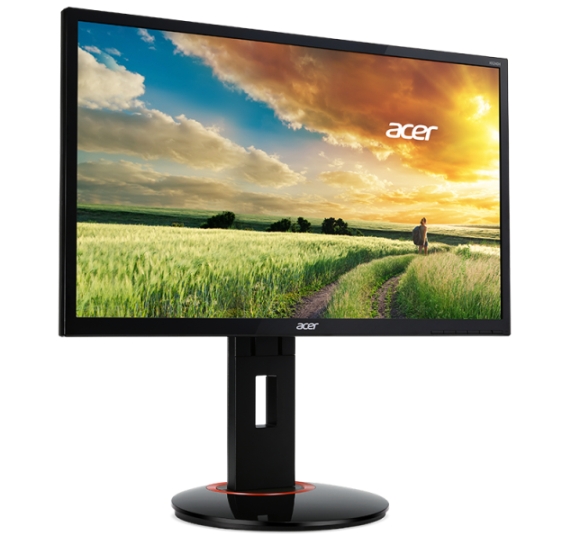 "Acer has been unswerving with its promise of introducing fresh technology and breaking barriers between people and technology. We have always lived up to our promise of introducing fresh technology that would allow consumers to explore newer features and innovations. The advanced ergonomic design and elegant looks deliver every need at an exceptional value. From notebooks to convertible 2-in-1s to gaming monitors, we are empowering our consumers to easily create and share content and connect with the people who matter to them the most." He also said, "The new notebook series and gaming monitors come with all the right features in a compact and stylish design that aims at smart consumers who enjoy their work without compromising on its quality," said S. Rajendran, Chief Marketing Officer, Acer India during the launch.