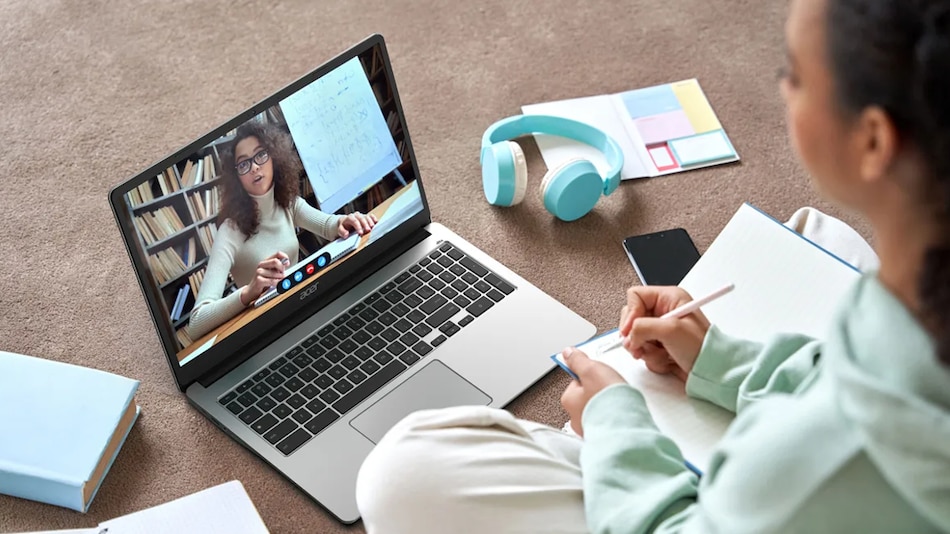 The India price and availability of the new Acer Chromebook models is yet to be announced.

Chromebook Spin 513 can transform between four different usage modes. The screen can be bent back to use like a tablet while traveling. The premium aluminum Chromebook meets military durability standards (MIL-STD 810H). It sports a backlit keyboard, a USB Type-C port, and Wi-Fi 6 for connectivity.

Acer Chromebook 315 (CB315-4H/T) sports a 15.6-inch anti-glare full-HD (1,920X1,080 pixels) display with an optional touchscreen. The keyboard features a numeric keypad, making it suitable for the emerging hybrid work culture. Acer Chromebook 315 features an eco-friendly OceanGlass touchpad, which the company claims is made entirely out of plastic waste that is recycled into a glass-like material.

The device features an HDR webcam with a wide field-of-view with flare-reducing technology. Acer has outfitted the Chromebook 315 with a pair of integrated microphones and DTS audio. According to Acer, the laptop is powered by the latest Intel processors. It is likely to include Intel Celeron dual-core N4500, Celeron quad-core N5100, or the Pentium Silver N600. Chromebook 315 offers up to 8GB of RAM and up to 128GB of eMMC storage.

Chromebook 314 packs two inbuilt microphones and a webcam with temporal noise reduction (TNR) technology for better video quality in low-light conditions. Support for DTS Audio technology, USB Type-C ports are also featured on the laptop. The battery of Chromebook 314 is said to last up to 10 hours on a full charge. It measures 326.4x225x 20mm and weighs 1.45kg.

What are the best phones of 2021? We discuss this on Orbital, the Gadgets 360 podcast. Orbital is available on Spotify, Gaana, JioSaavn, Google Podcasts, Apple Podcasts, Amazon Music and wherever you get your podcasts.