The Acer Chromebook Spin 512 has a convertible form factor with a 360-degree hinge.

Acer has added two new products to its lineup of Chromebooks in the form of the Acer Chromebook Spin 512 and Acer Chromebook 512, both of which feature a rugged build and are targeted at students. The new laptops comply with the MIL-STD 810G military standards for durability and also feature a shock-absorbing build. The company has also launched the rugged TravelMate B114-21 notebook which runs Windows 10 S and adheres to the same build quality standards as the two new Chromebooks launched by Acer.

The Acer Chromebook Spin 512 is a convertible Chromebook which can be used in multiple modes such as the traditional laptop mode, tent mode, and tablet mode, thanks to a 360-degree hinge. The Chromebook Spin 512 features a sturdy which complies with the MIL-STD 810G military standards as well as the ASTM F963-16 and UL/IED 60950-1 toy safety standards, aside from sporting a spill-proof keyboard with a liquid drainage system at the bottom of the chassis.

Talking about the specifications, the Acer Chromebook Spin 512 can be configured with a quad-core Intel Pentium Silver N5000 or a quad-core Intel Celeron N4100 processor, paired with up to 8GB of RAM and 64GB of eMMC internal storage which can be expanded via a microSD card slot. The new Chromebook features a touch-sensitive 12-inch IPS LCD display (1366 x 912 pixels) with an aspect ratio of 3:2 and a wide viewing angle of 170-degrees with a layer of Antimicrobial Corning Gorilla Glass on top. 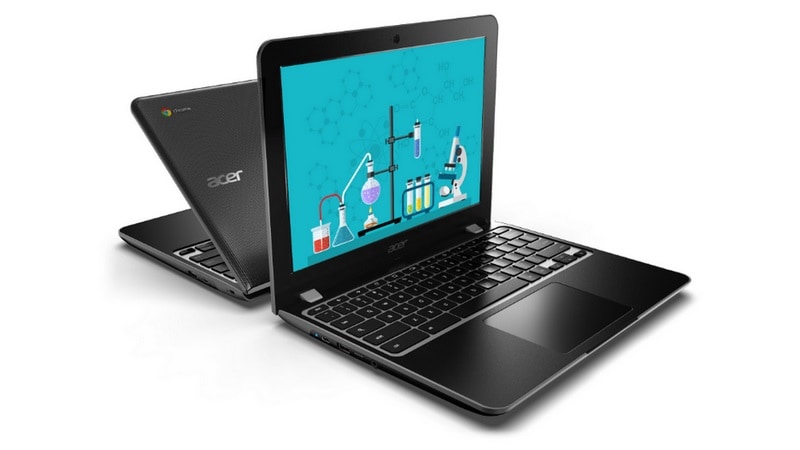 Port selection includes two USB 3.1 Type-C Gen 1 ports, two USB 3.0 ports, a microSD card slot, and a 3.5mm headphone jack. The Acer Chromebook Spin 512 also has support for Wireless-AC 2x2 802.11ac MU-MIMO for Gigabit Wi-Fi connectivity and also comes with a dockable Wacom EMR stylus. Acer claims that the new Chromebook can last for up to 12 hours on a single charge. There is an 8-megapixel webcam for facilitating video calls. 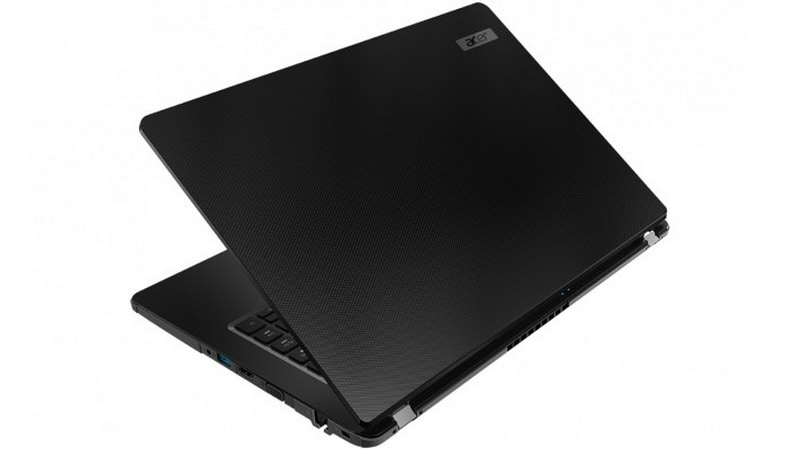 The Acer TravelMate B114-21 is a rugged notebook which runs Windows 10 in S mode. The new laptop also complies with the same durability standards as the two new Chromebooks from Acer and features a rubber bumper and an impact-resistant body which can withstand drops from a height of up to 122cm. The Acer TravelMate B114-21 can be configured with up to a 7th Gen AMD A6-9220C APU coupled with Radeon R5 graphics, ticking alongside a peak 16GB of RAM and up to 256GB of dual-lane PCIe NVMeSSD storage.