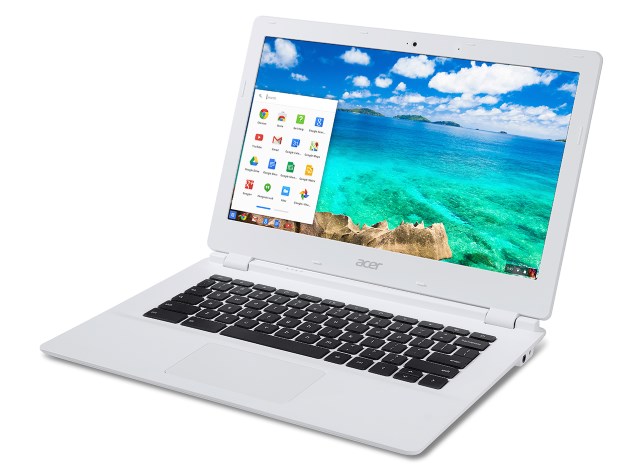 The Acer Chromebook will be the first Chromebook based on Nvidia's new Tegra K1. The company has rated its battery life at 13 hours for the version with the lower-resolution screen and 11 hours for the full-HD screen version.

The Chromebook 13 is just 18mm thin and weighs 1.5kg. Engadget reports that it is available for preorder in the US as of today and will soon launch in other territories including Europe, Russia and South Africa.

The Tegra K1 is a 32-bit SoC based on the ARM architecture with four Cortex A15 cores and one low-powered "companion core" as well as 192 execution units for graphics and GPGPU applications based on Nvidia's Kepler architecture. Nvidia promises "unmatched graphics performance" and smoother multitasking compared to other Chromebooks.

The Chromebook 13 is fanless and can thus operate silently. Nvidia touts the slimness of the device based on its processor as well as its full-sized keyboard and large trackpad, which should make it easier and more comfortable to use.

The Tegra K1 was announced earlier this year and has so far been seen only in Xiaomi's MiPad and Nvidia's own Shield tablet. It promises performance up to 50 times greater than that of the Tegra 2.

Acer had also announced a new version of its C720 Chromebook based on an Intel Core i3 processor with an 11.6-inch 1366x768-pixel screen in July this year.

Devices based on Google's ChromeOS have grown in popularity in some parts of the world where broadband Internet access is cheaply and easily available. The combination of low cost and easy administration has made them attractive especially in educational environments where hundreds of devices need to be deployed.