Acer has made a slew of announcements at CES 2020 this year. The announcements include new displays, desktops, PC portables, and workstations as well. The company launched the TravelMate P6 and TravelMate P2 lightweight notebooks, Spin 5 and Spin 3 convertible notebooks, three new Predator gaming monitors - the 32-inch Predator X32, 37.5-inch Predator X38 and the 55-inch Predator CG552K, ConceptD 7 Ezel series convertible notebooks, and ConceptD 700 Workstation. It also introduced the Acer B250i portable LED projector that is lightweight and comes with wired and wireless connectivity.

Starting with the new Acer Spin 5 and Acer Spin 3 convertible notebooks, the two devices have a compact aluminium form factor with a 360 degree hinge for using it in four different ways - tablet, notebook, display or tent. The notebooks supports Acer Active stylus, and is powered by the latest 10th gen Intel Core processors paired with Intel Iris Plus graphics. The Acer Spin 5 sports a 13.5-inch full-HD multi-touch display, while the Spin 3 sports a 14-inch full-HD multi-touch display. They support a backlit keyboard, and Wi-Fi 6 (802.11 ax) connectivity. The Spin 5 weighs only 1.2kg and is 14.9mm thick, whereas the Spin 3 weighs 1.5kg and is 16.9mm thick. Furthermore, the Spin 5 is touted to offer 15 hours of battery life, while the Spin 3 offers only 12 hours of battery life. Both new Spin models support fast-charging, touted to provide up to 4 hours of use on just a 30 minute charge.

Acer has also introduced the new TravelMate P6 and TravelMate P2 notebooks that feature up to 10th gen Intel Core i7 processors, run on Windows 10 Pro, and comply with MIL-STD-810G US military grade standards. The TravelMate P6 has been co-engineered with Intel as part of Intel's innovation program codenamed "Project Athena". It is touted to deliver up to 23 hours of battery life and support fast charging, that claims to deliver up to 50 percent in less than 45 minutes. The TravelMate P6 has a 14-inch display, weighs about 1.1kg, and is 16.6mm thick. It supports an optional eSIM with 4G connectivity, fingerprint reader, IR webcam, four-mic array, up to 24GB DDR4 memory, up to NVIDIA GeForce MX250 graphics, and up to 1TB of NVMe SSD. The TravelMate P6 makes sharing and collaborating easy with a 180-degree hinge design, enabling it to lay flat so the display can be shared with others. The TravelMate P6 will be available in North America in February, starting at $1,149.99 (roughly Rs. 82,900); in EMEA in February starting at EUR 1,099 (roughly Rs. 88,400); and in China in January, starting at CNY 9,999 (roughly Rs. 1,03,300). 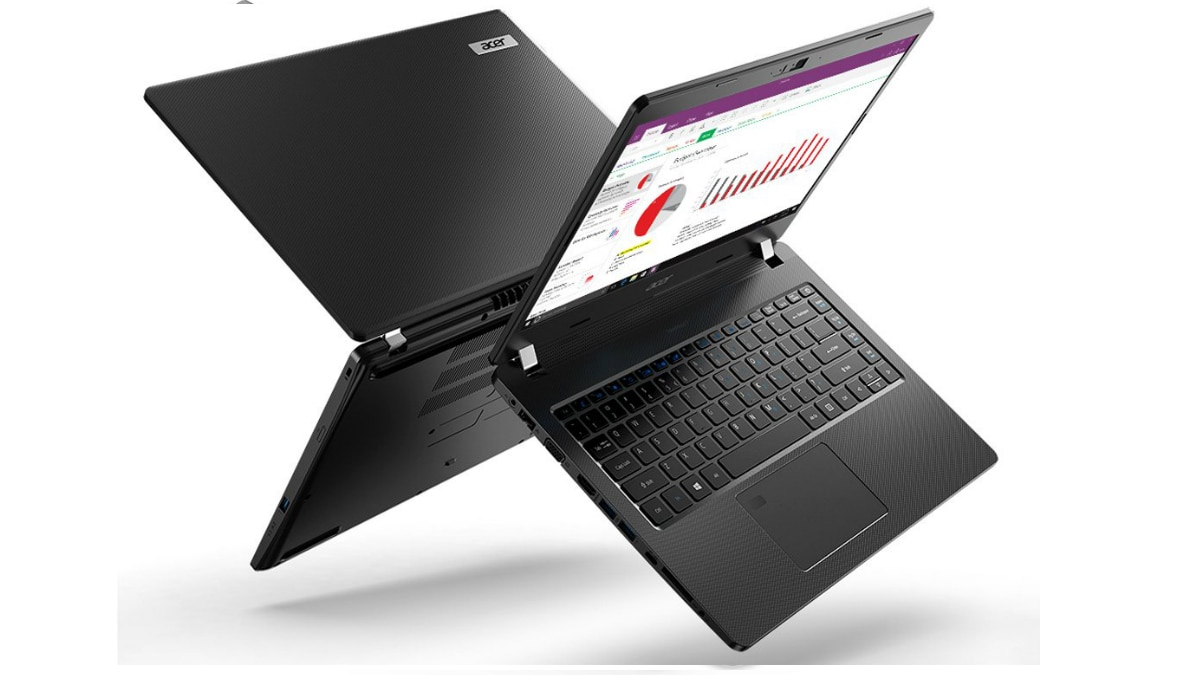 The Acer TravelMate P2 notebook has a 15-inch display, supports Wi-Fi 6 (802.11ax) technology, Nano SIM or eSIM-enabled 4G LTE support, and is touted to offer up to 13 hours of battery life. This one is also MIL-STD-810G compliant, and comes with fingerprint or face recognition support. The TravelMate P2 features up to 32GB DDR4 memory, 1TB HDD and a 512GB PCIe SSD. It supports VGA, HDMI and USB Type-C, while available ports can be expanded through an Acer USB Type-C dock. The TravelMate P2 will be available in North America in February, starting at $699.99 (roughly Rs. 50,300); in EMEA in January starting at EUR 599 (roughly Rs. 48,100); and in China in January, starting at CNY 4,499 (roughly Rs. 46,400). 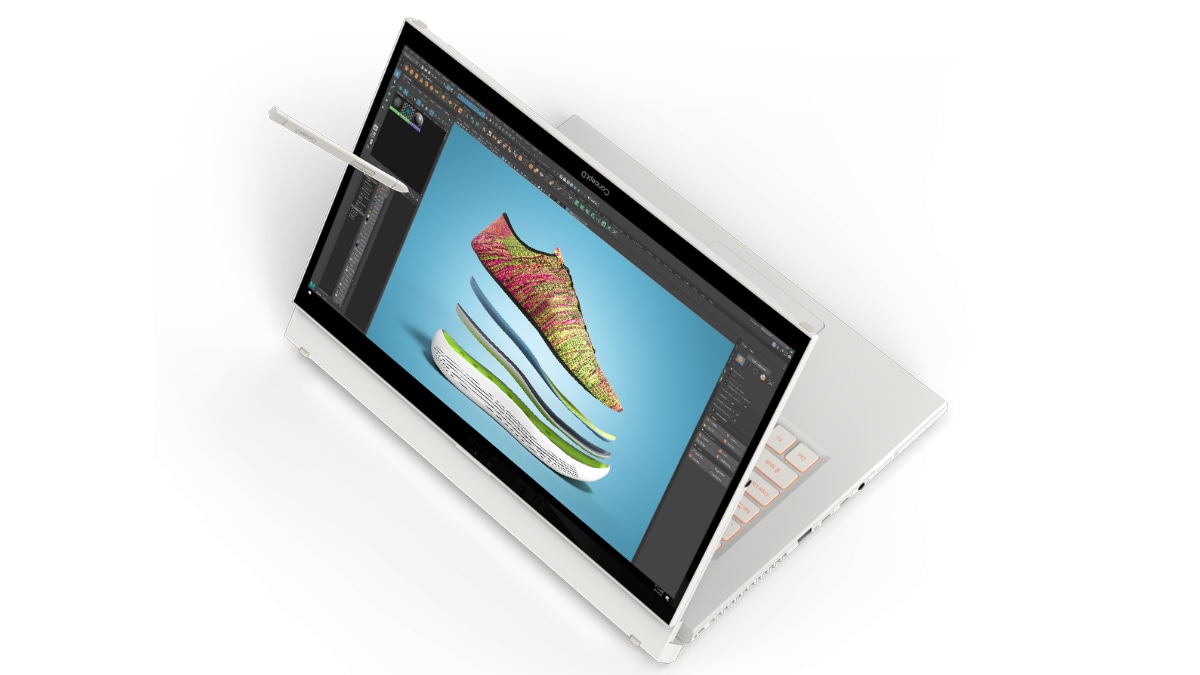 The ConceptD 700 workstation features an Intel Xeon E processor and up to NVIDIA Quadro RTX 4000 graphics, 64GB DDR4 memory, fast storage options like on-board PCIe M.2 SSD, and four internal storage bays supporting both 2.5-inch and 3.5-inch HDDs. The ConceptD 700 uses three efficient cooling fans to draw air in through the triangular-patterned front air panel and then circulates it throughout the chassis. 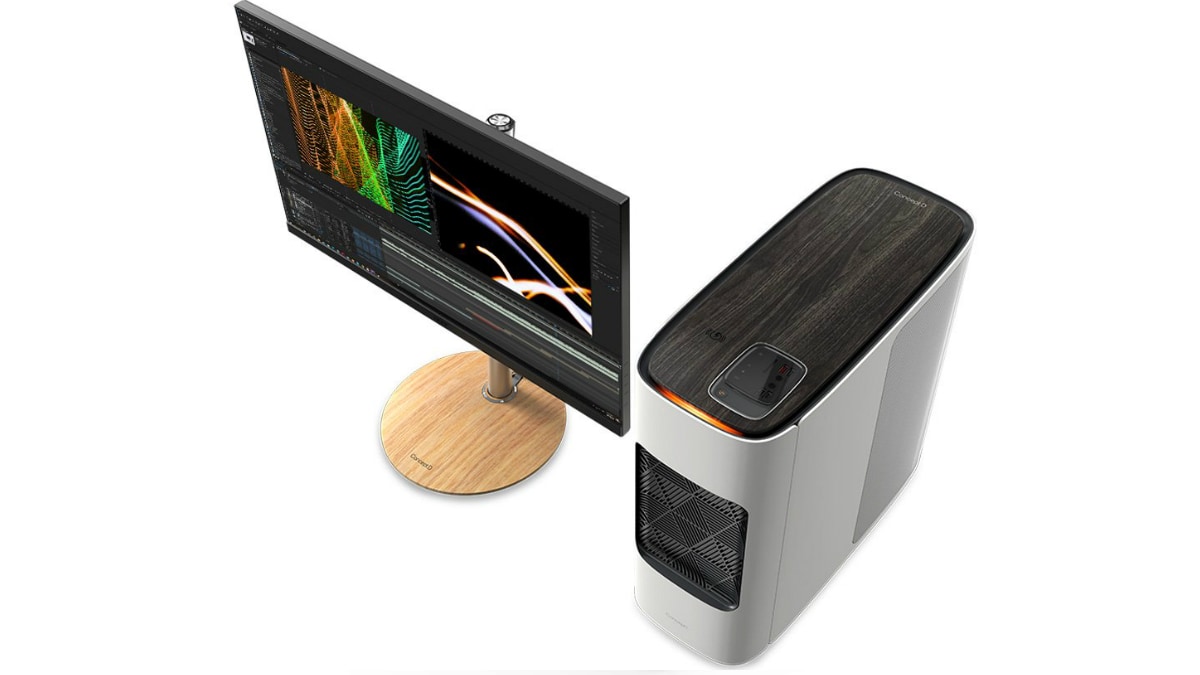 Acer ConceptD 700 workstation will be available in EMA in March

The workstation offers fast wireless charging for smartphones on its topside, cable management and a pop-out headset cradle that can be tucked away when not in use. It supports the ConceptD Palette which sports a health indicator to signal issues requiring troubleshooting. For physical security, a lock and an intrusion alarm help deter theft and unauthorized access. The ConceptD 700 will be available in EMEA in March starting at EUR 1,699 (roughly Rs. 1,36,600). 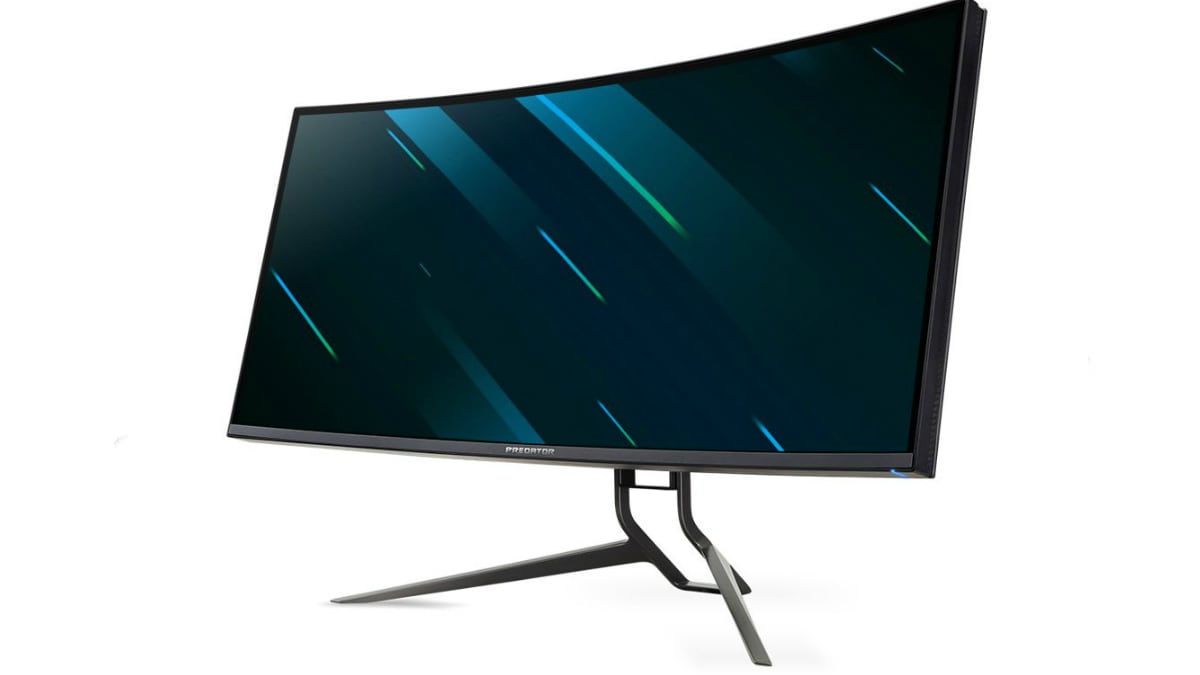 At the end, Acer announced the B250i portable LED projector with studio sound, full-HD 1080p projection, auto-focus, and compact form factor. It measures only 205x204x78mm and weighs just 1450 grams. It can easily be lugged around in a handbag, and is easy to setup as well. The projector has a pair of 5W chamber speakers with passive radiators featuring Waves Maxx Audio and Acer TrueHarmony technology. 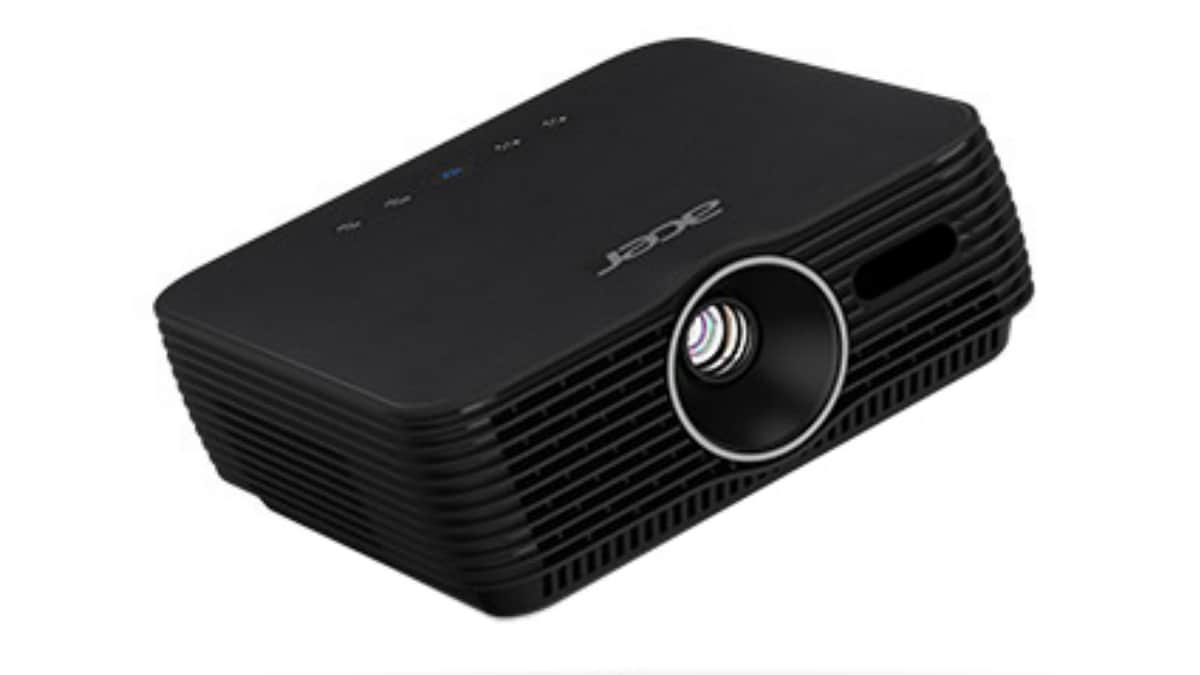