Acer at the Next@acer press event in New York on Thursday its new Aspire-series notebooks with eighth-generation Intel Core processors, up to 1TB NVMe PCIe SSDs, and thin-bezel FHD displays. The fresh range includes the new Aspire 7, Aspire 5, and Aspire 3 models. While the new Aspire 7 comes as the most premium model in the latest family with a metal-sporting build and up to 1TB SSD support, the new Aspire 5 is designed as an everyday computing device with features such as power-off charging for smartphones and Acer TrueHarmony audio support. Acer also has the Aspire 3 as a multimedia laptop with 14-inch, 15.6-inch, and 17.3-inch display options. Alongside the new Aspire models, the Taiwanese company has updated its Spin 3 convertible notebook with up to eighth-generation Intel Core i7 processor and optional Nvidia GeForce MX230 GPU.

Details about the price and availability of the new Aspire range and Spin 3 in India are yet to be announced.

The new Acer Aspire 7 in the new series is aimed at users such as prosumers, designers, and content creators who want a take-anywhere notebook. It features metal top cover and keyboard body as well as sports a 15.6-inch narrow border IPS full HD display. There is also Acer Color Intelligence technology that is touted to intensify shades and deliver fine details. The new Aspire 7 also has the Acer TrueHarmony audio technology.

Acer is providing an eighth-generation Intel Core i7 processor on the new Aspire 7 along with the Nvidia GeForce GTX graphics and up to 16GB of DDR4 RAM. The notebook also comes with up to 1TB of PCIe NVMe SSD in RAID 0 and up to 2TB of HDD.

In terms of connectivity, the Aspire 7 has HDMI and USB 3.1 ports as well as Wi-Fi 802.11 2x2 AC with MU-MIMO technology. The Windows 10 machine has a built-in fingerprint reader that works with Windows Hello. There is also a Precision TouchPad. Furthermore, the notebook is certified for Skype for Business.

Acer Aspire 5 specifications, features
For family users, bloggers, photographers, and enthusiasts, Acer has brought the new Aspire 5 that comes with a sandblasted aluminium top cover and measures 17.95mm of thickness. The notebook has up to 15.6-inch full-HD IPS display option and eighth-generation Intel Core i7 processor along with Nvidia GeForce MX250 graphics. Customers also have the option for the second-generation AMD Ryzen mobile processor along with Radeon Vega graphics and discrete Radeon RX 540 graphics. 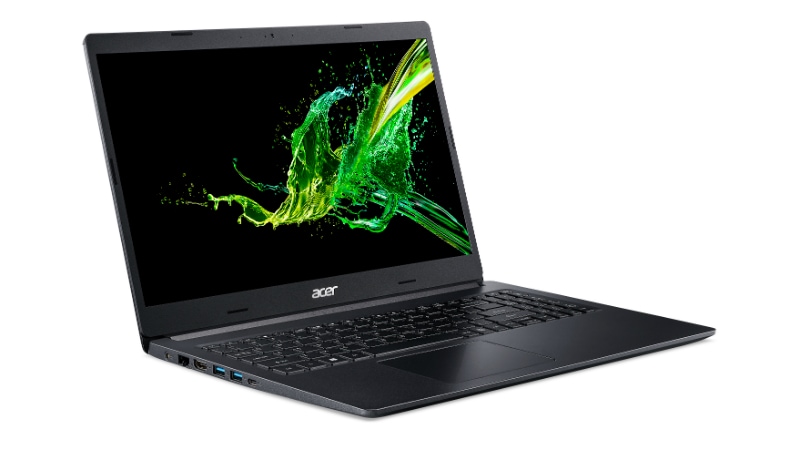 The new Aspire 5 has 7.82mm of narrow bezel design and include the Acer Colour Intelligence as well as Acer TrueHarmony technologies. The notebook has power-off charging support that enables it to charge phones using one of its USB ports.

Acer Aspire 3 specifications, features
Acer has also brought the new Aspire 3 as a multimedia machine for the masses. The notebook comes in 14-inch, 15.6-inch, and 17.3-inch full-HD display options and is powered by an eighth-generation Intel Core i7 processor, paired with Nvidia GeForce MX250 graphics and discrete Radeon RX 540 graphics. It also has 16GB of DDR4 RAM and 512GB PCIe SSD as well as 1TB HDD. 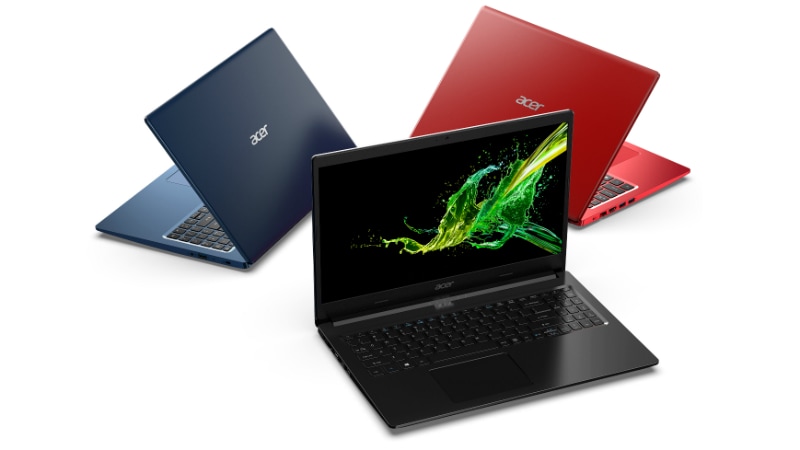 The new Aspire 3 has the Acer BluelightShield technology to help users protect their eyes by limiting blue light. Also, there are three USB ports and an HDMI port. The 17-inch Aspire 3 additionally has a built-in DVD drive. Moreover, there is a Precision TouchPad that is claimed to be more responsive than traditional touchpads.

Acer Spin 3 specifications, features
Alongside the new Aspire range, Acer has brought an updated Spin 3 convertible model. The notebook flaunts a 14-inch full-HD IPS touch display that supports inputs via Acer Active Pen stylus and fingertips simultaneously and enables 79 percent of screen-to-body ratio. There is a 9.6mm thin bezel design. The display panel is also a 360-degree flipping screen that enables the machine to function as a traditional laptop or a tablet. 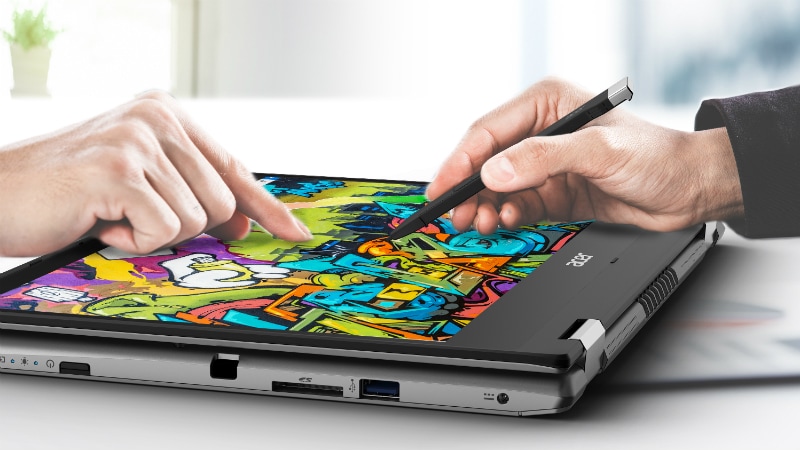 The new Spin 3 is powered by an eighth-generation Intel Core i7 processor, paired with an optional Nvidia GeForce MX230 GPU. Acer has also provided up to a 512GB PCIe SSD as well as up to 1TB of HDD storage.

In terms of wireless connectivity, the new Acer Spin 3 has dual-band Wi-Fi 5 with MU-MIMO technology. It has two front-facing speakers and a built-in battery that lasts for up to 12 hours on a single charge. Furthermore, the notebook weighs 1.7kg.