A computer chip that mimics the human brain 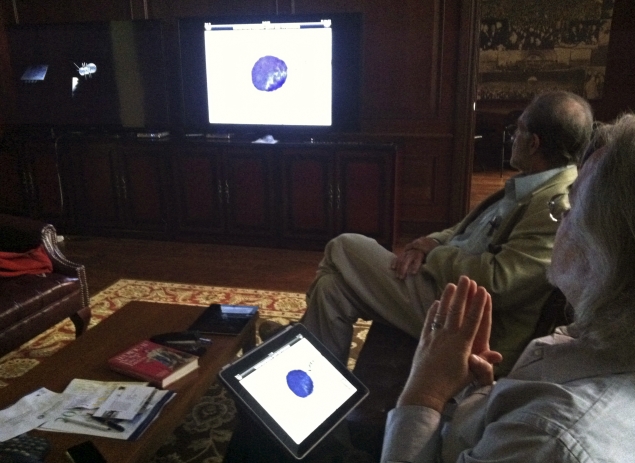 Scientists, including one of Indian origin, are developing a computer chip that mimics the human brain.

Despite their ability to perform thousands of tasks in the blink of an eye, none of these devices even come close to rivalling the computing capabilities of the human brain. But a Boise State University research team could soon change that.

Electrical and computer engineering faculty Elisa Barney Smith, Kris Campbell and Vishal Saxena have taken on the challenge of developing a new kind of computing architecture that works more like a brain than a traditional digital computer.

"By mimicking the brain's billions of interconnections and pattern recognition capabilities, we may ultimately introduce a new paradigm in speed and power, and potentially enable systems that include the ability to learn, adapt and respond to their environment," said Barney Smith, principal investigator of the study.

The project's success rests on a memristor - a resistor that can be programmed to a new resistance by application of electrical pulses and remembers its new resistance value once the power is removed.

Memristors were first hypothesised to exist in 1972 (in conjunction with resistors, capacitors and inductors) but were fully realised as nano-scale devices only in the last decade.

The team's research builds on recent work from scientists who have derived mathematical algorithms to explain the electrical interaction between brain synapses and neurons.

"By employing these models in combination with a new device technology that exhibits similar electrical response to the neural synapses, we will design entirely new computing chips that mimic how the brain processes information," said Barney Smith.

These new chips will consume power at an order of magnitude lower than current computing processors, despite the fact that they match existing chips in physical dimensions.

This will open the door for ultra low-power electronics intended for applications with scarce energy resources, such as in space, environmental sensors or biomedical implants.