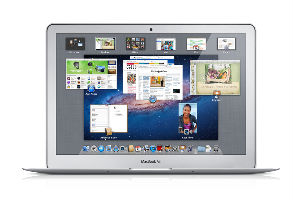 Highlights
And so the day went by with nothing new from Apple - no OS, no MacBook Air, no Mac Mini was launched today.

While there has been no official release date - apart from the month, July - from Apple, industry insiders and tech journalists expected the new Mac OSX Lion to be launched today. We even reviewed the developer build of the Lion here.

Also predicted were new iterations of the MacBook Air, Mac Pro, the classic white MacBook and the Mac Mini.

We should have known that Apple would do none of this without accompanying fanfare. Rumours of the new launches turned out to be just that - rumours.

There are still two weeks left for Apple to make good it's commitment to launch the Lion in July.  As for the new MacBook Air, Mac Pros and the classic white Mac - stay tuned, we'll have the scoop for you, right here.
Comments