The teardown reveals that the MacBook Pro With Touch Bar is properly glued together, making it rather difficult to remove certain components like the battery, SSD, and RAM. The internals are organised to make way for the Mac's most exciting feature, the Touch Bar. The thin OLED strip that replaces the function keys is difficult to replace and scores just 1/10 for iFixit in repairability.

The sapphire-covered Touch ID on the Touch Bar will prevent scratches but fixing it will be tough as it pairs with the Apple T1 chip on the logic board. Interestingly, the speakers are present in the lower half of the Mac while the grilles are present on the top. iFixit also mentions that grille does not go clear through the case. This means that despite the presence of the grilles, the sound from the speakers actually come out from the side vents. 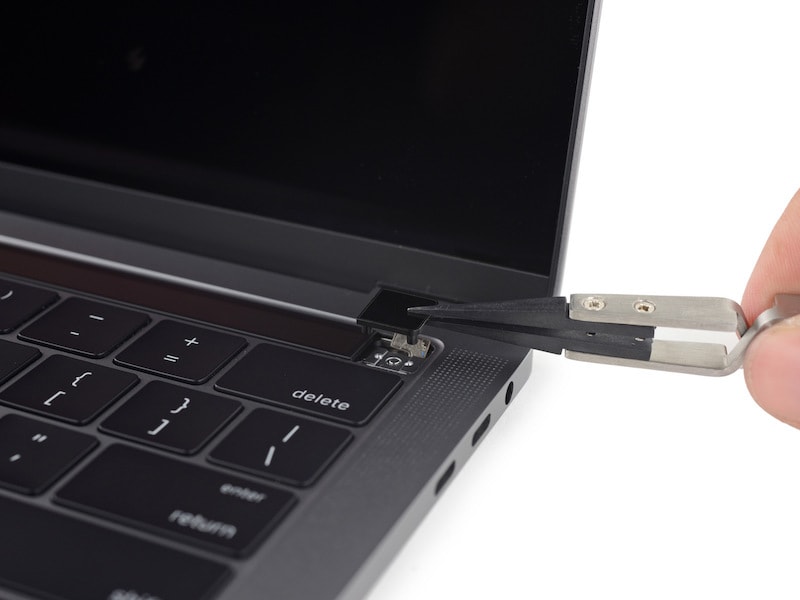 The teardown also revealed vibration-dampening rubber gaskets around the speakers' screws that keep them from vibrating as the new speakers are larger and more powerful compared to the ones found in the older Macs.

While the most part of the MacBook Pro is solidly stuck together, the trackpad was easily removed and replaceable. The trackpad comes out after removing ten accessible screws. iFixit also reveals that the despite the larger trackpad the component is identical to the 13-inch 2016 laptops, which means finding a replacement will be easier.

After thoroughly disassembling the new MacBook Pro, iFixit found that the main issues lie with the SSD, RAM and processor being soldered to the motherboard - making them all non-upgradeable. This was noticed by a regular user earlier this week. The 5-cell battery is glued down as well, which makes replacing it a task. All that along with a very fragile Touch Bar led to iFixit giving the lowest possible score for the new MacBook Pro - 1/10.