Buying a Laptop? These 4 Simple Steps Will Help You Pick the Right One

If you're searching for a new laptop to buy, you've probably seen a huge array of options in the market. This guide will help you choose the right one.
By  Jamshed Avari  |  Updated: 10 April 2019 13:12 IST
Highlights

Even low-cost laptops these days aren't too heavy or ugly

No matter how powerful and affordable smartphones get, desktop and laptop computers aren't going to be cast on the junk pile of history any time soon. You still need a decent PC with a big screen and a physical keyboard if you want to get certain types of work done — preferably a laptop, for convenience and portability. For millions of students, office workers, freelancers, and even casual users in India, a laptop is the preferred way to go. This of course raises the questions of what to buy and how to make sure you're getting the best deal, since there are hundreds of options in the market at any given point in time.

There are multiple types of laptops that you can buy, and some are designed for specific use cases and types of customers. There are also lots of old models still being sold, which you should definitely avoid. We'll guide you through the essential steps in determining what your priorities are, and how to choose the right features and specifications to match your budget.

Step One – decide your budget

This is the most important factor because almost everyone has an idea of how much they're comfortable spending, and that helps narrow the field of options to what's within reach. It also helps you set your expectations right from the outset.

Unfortunately, low-cost laptops are unlikely to have a lot of conveniences such as a backlit keyboard, a touchscreen, USB Type-C ports, or a speedy SSD. At the lower end of the price scale, laptops also tend to be larger and heavier, which might sound counterintuitive but is the due to the cost of materials used and the complexities of squeezing components into tight spaces.

If your budget is extremely tight, you'll find that there are a few options for less than Rs. 15,000, but they won't let you do very much beyond surfing the Web and watching videos. They'll be physically flimsy and won't have much useful storage space or scope for upgrades, but they'll let you get much more work done than you'd be able to with only a smartphone. You might also want to consider refurbished devices sold on Amazon and other sites.

On the other hand, if you need specific attributes or features such as low weight, a stylus, or the ability to run games at high settings, that will determine your minimum spend. That's the basis you should start from, making tradeoffs along the way until you're satisfied you have the right balance of cost and features.

It's hard to find a laptop with exciting specifications for under Rs. 30,000 but with this kind of budget, you'll get something that will be fine for basic office or school work, surfing the Web, and light entertainment. For gaming, you'll have to budget at least Rs. 60,000. If you want top-end style and performance, you can keep scaling up, and models are available for well over Rs. 2,00,000. 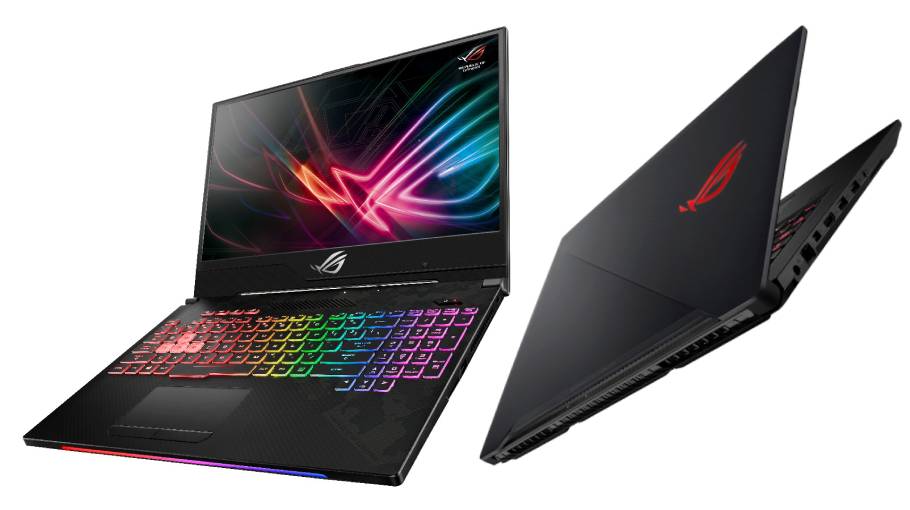 Laptops are generally classified by the sizes of their screens, starting at around 11 inches and going up to 15 inches, or in rare cases, 17 inches. You might think that they get heavier and more expensive as you go up the scale, but that isn't always true. A lot of 13-inch laptops are extremely slim and light, and a lot of the time 15-inch models are the most affordable.

Screen size alone doesn't determine how much usable space you'll have – the resolution matters a lot too. Most low-cost laptops still have resolutions as low as 1366x768, which is okay for screens up to 13 inches in size but can look very cartoonish at 15 inches. If possible, you should always try for at least 1920x1080, which is widely known as full-HD.

4K screens are not uncommon on high-end laptops. Gaming laptops usually don't have the highest resolution screens because that means they can pump out more frames each second. That will look better when playing action games, but otherwise, the screen won't look very impressive compared to a non-gaming laptop at the same price.

You'll pay more for very slim and light models, but look at the spec sheet carefully because one way to shed weight is to use weaker processors that don't require a lot of cooling. If the CPU has the letter Y in its model name, it's a low-wattage model and probably doesn't need a fan. Full-featured laptops that weigh less than 1kg are now available, but cost a lot of money.

At this stage, you should also decide whether you want an ordinary laptop or a 2-in-1 that can also be used as a tablet. If you're only going to sit and use it on a desk or on your lap, you'll be fine with an ordinary laptop. For lounging around while reading, sketching or taking notes with a stylus, or playing touch-optimised games, you can choose a 2-in-1. There are a few parameters that need to be in balance in your laptop – the CPU, GPU, RAM, and storage. Starting with the most important of all, the CPU, there are several things to note. First of all, Intel dominates the laptop market but AMD options should not be ignored. AMD's new Ryzen CPUs are powerful and don't get too hot, which is a popular misconception in the market.

You'll probably find multiple generations of Intel CPUs, with the 8th Gen. being the current latest for laptops (9th Gen. desktop CPUs are available, but and we can soon expect a refresh for laptops). Obviously, newer is better, but you'll find lots of older models around. Performance scales up as you go from Celeron to Pentium, Core i3, Core i5, Core i7, and now even Core i9. The general rule is to go for the best that you can afford, but prefer newer over older.

As for graphics, the majority of laptops make do with Intel's integrated GPUs, and they're good enough for pretty much everything except heavy 3D gaming and content creation. If you're sticking to thin-and-light laptops, you probably won't even have the choice of a discrete GPU.

For mainstream laptops, there are two options: AMD and Nvidia. As of now, Nvidia has the edge when it comes to power efficiency which generally means your laptop will run cooler and quieter for longer. For gaming laptops, Nvidia is really the only choice.

The GeForce GTX 10-series has recently been replaced by the GeForce RTX 20-series for laptops. Again, get the best that your budget allows because games in the future will need more and more power. For gaming, a higher-end GPU will pay off more than a higher-end CPU.

RAM is a fairly simple specification — there aren't any variables in your control, so just get as much as you can. 8GB really should be the minimum for a mainstream laptop today, but 4GB is still very common in the budget space. For gaming, try to get 16GB.

Thin and light laptops usually don't allow you to add more RAM later, or at least they make it difficult, so look out for upgradability if you want a laptop that will last many years.

Storage, on the other hand, is more difficult to manage because manufacturers don't offer a lot of choices. An SSD is degrees of magnitude faster than a hard disk and will make a huge difference to how fast a laptop feels — whether it's booting up, resuming from standby, opening programs, or waiting for files to load. Sadly, low-cost laptops with SSDs are rare, even if you're okay with small capacities. At the budget level, you'll usually find hard drives with varying capacities or very small amounts of embedded flash storage.

Premium laptops, especially thin ones, almost exclusively use SSDs these days, and you should look for the faster PCIe variety rather than SATA. If you can't afford an SSD but you can stretch your budget a little bit, at least try to get a laptop with a smaller SSD just for Windows to boot from, plus a large hard drive for all your files. This will greatly enhance your day to day experience.

Laptops are difficult if not impossible to upgrade — if your budget allows, get more RAM and storage than you think you'll need. The slimmer a laptop, the less likely it is that you'll be able to change anything on the inside. Thin-and-light laptops might also skimp on ports, making external upgrades difficult. If you're going to have to carry a bunch of adapters, dongles and external devices around with you, an ultraportable loses its purpose.

There are other specifications to be aware of, but since laptops can't be customised, you might have to choose a whole different model if you aren't getting what you want. These are the Wi-Fi version (look for Wi-Fi 802.11ac or Wi-Fi 6), battery capacity and rated battery life, and the webcam.

Finally, make sure that Windows 10 is pre-installed on the laptop — unless you plan to install an alternate operating system and want to save some money while purchasing — and check for value-adds such as a Microsoft Office or security software subscriptions. 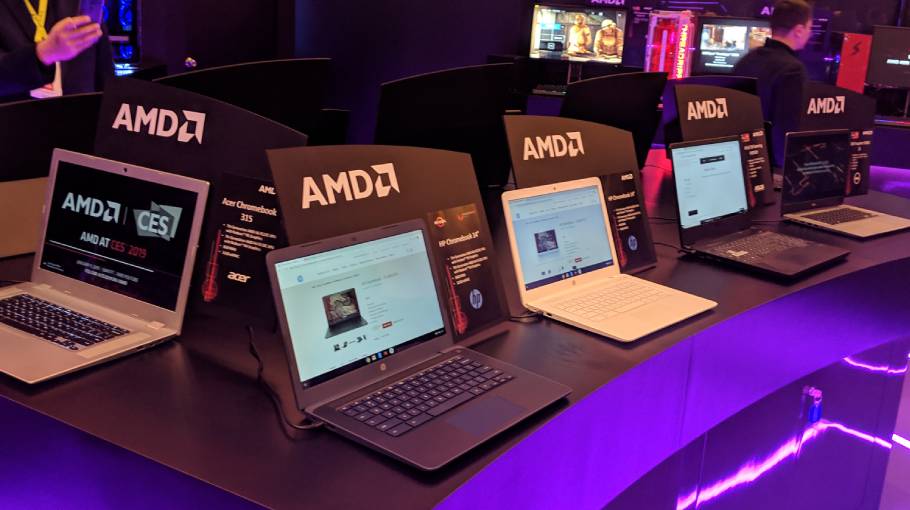 There are lots of tempting deals online, but you should make sure you know exactly what you're getting before clicking that Buy button. We would always recommend visiting a retail store and getting a hands-on feel of various laptops. You can test how sturdy they are, how good they look in person, and how their performance feels. Check things like the quality of the hinges, durability of materials used, and of course the weight.

Also, pay close attention to the keyboard layout and quality. Smaller laptops can have cramped keyboards, but larger ones might too because they try fitting a number pad in alongside the QWERTY keys. If you type a lot, a bad keyboard can cause immense frustration.

You can check online for reviews and customer feedback. Of course, Gadgets 360's expert evaluations of laptops take into account all their features and specifications as well as their design, performance in real-world tasks, battery life, and much more. You might also want to ask about extended warranty support, and the number of service centres around you.

That's pretty much everything you need to know before deciding which laptop to buy. There are loads of options in the market, and more being launched all the time, but if you go into the process knowing what you need, you'll be able to find the right one for you.

Advertisement
MESSAGE Jamshed Avari
Fields marked with * are mandatory
Listen to the latest songs, only on JioSaavn.com