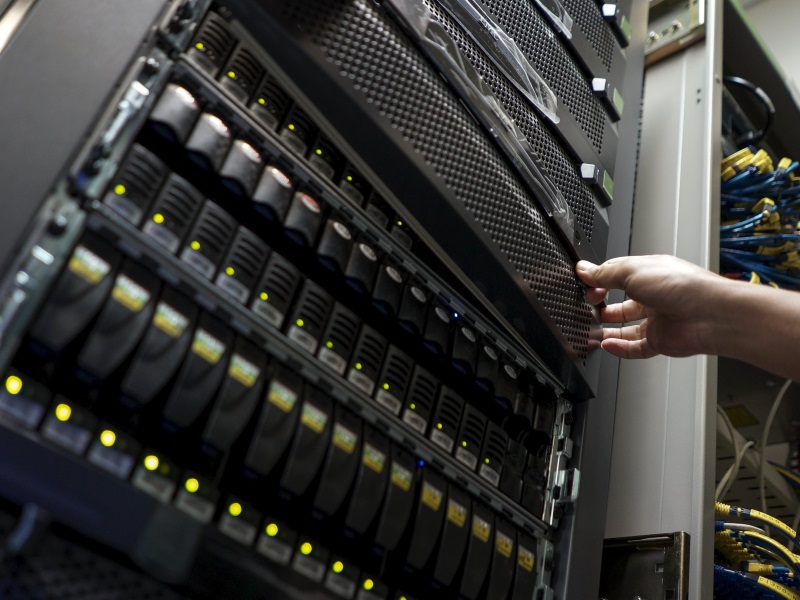 After more than two years of riding high on growing demand for cloud data storage, Thailand's hard disk drive exporters are bracing for a fall from grace.

Data due later on Monday will likely show Thai exports of hard disk drives (HDDs) in March extended a run of double-digit growth after jumping 45 percent in the first two months of 2016 to $1.1 billion. The rise has been a rare bright spot in Thai tech manufacturing, beset by cheaper competition from China.

But as the global boom in mobile devices cranks up, electronics makers are diverting demand away from old-school disk drives for servers and personal computers, seeking flash memory chip supplies instead. As well as fearing lower prices for their ageing tech, Thai shippers now worry more advanced suppliers in countries like Malaysia will snap up business.

"It's worrying that others are shifting to more advanced technology and letting us make HDDs," said Nopporn Thepsithar, chairman of the Thai National Shippers' Council. "PCs will be gone in the future, so hard drives will be a short-term thing. With disruptive technologies, I see no place for HDDs."

The world's second-largest maker of HDDs after China, Thailand's exports of the hardware have so far recovered well from paralysis that accompanied political turmoil in 2014. But the $26 billion global HDD industry is set to shrink 3 percent this year, according to research firm Gartner, as demand for solid state drives (SSDs) using high-tech flash memory chips grows.

There's no suggestion of any sudden slowdown among Thai HDD makers, but gloomy longer-term forecasts are a concern for a country where exports are worth about two-thirds of the country's economic output, and electronics were the biggest contributor last year. While HDD exports motored on in January and February, electronics exports overall dropped 5 percent, with computer parts down 12.5 percent.

Rival electronics producer Malaysia has an edge over Thailand because SSD suppliers have based their manufacturing operations there, said Visnu Limwibul, chairman of the Thai Electrical, Electronics, Telecommunication and Allied Industries Club.

"Smartphones and anything related to the Internet will grow rapidly," Visnu said. "But we rarely have them here. Makers of SSDs are in Malaysia."

Currency tailwind
The surge in Thai HDD exports has also been attributable in part to the baht's weakness, making exports more cost- competitive and prolonging the attractiveness of making HDDs in the country.

The baht has fallen around 6.3 percent to the US dollar since end-2014, while the Chinese yuan dropped 4.4 percent and the Japanese yen gained 8.2 percent during the same period.

Emboldened by the Thai HDD sector's robust performance, US data storage firm Seagate Technology Plc said in February last year it would invest THB 15.3 billion ($437 million) in the country over the next five years to expand capacity. Seagate declined to comment on future prospects for this article.

Hard drive makers in Thailand have also begun a shift to producing higher margin devices, moving away from low-margin PC components, according to Somkiat Triratpan, head of the Commerce Ministry's trade policy and strategy office.

"It's good to see them quickly adapting," he said.

But while the ministry is confident production and exports by Thai HDD manufacturers will remain strong for now, it's calling on firms to produce solid-state hybrid drives - combining old and new technology - that can meet users' demand for both speed and high storage capacity.

As time passes, the need for change will become more evident, if industry research proves accurate.

While for enterprise server HDDs is seen growing at 11 percent this year, shipments for desktops will shrink 13 percent, according to Cross Research.

Meanwhile, HDD prices overall are expected to be $0.04-$0.045 per gigabyte of memory this year, consultancy IDC said, while SSDs will fetch closer to $0.40 per gigabyte.