Post-PC, the Cloud and IoT Are Driving Storage Companies 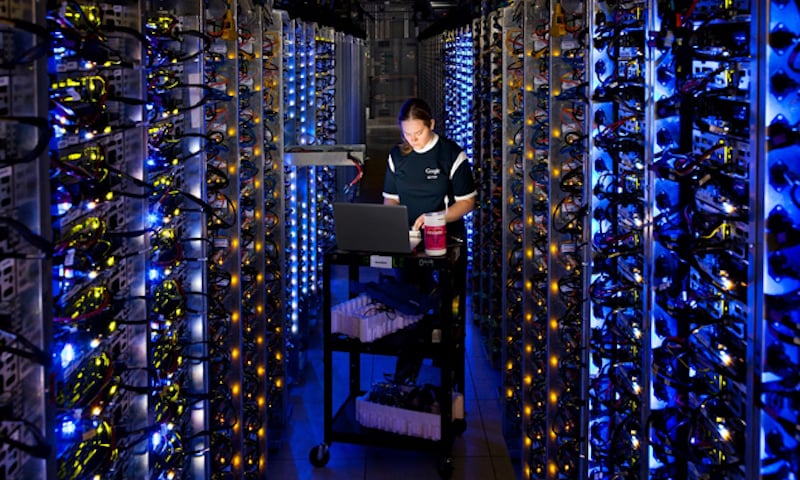 Apart from a modest (and surprising) gain in the most recent quarter, PC sales have been in decline for nearly five years, as smartphones (and to a much lesser extent) tablets have become the devices of choice for most consumers. You’d think the fate of companies like Seagate and Western Digital - two of the names synonymous with the golden age of the PC - would be linked to this trend, but a closer look at the financial health of the companies reveal this surely isn’t the case.

The stock price of both companies reached all-time highs in 2014, and after a bit of a slump, both stocks have recovered, bouncing back to not very far from their peaks. What this means is the market forces think that not only are the companies doing alright today, but there’s plenty of grown potential in the future as well.

The companies have been able to do this by moving into new areas beyond the traditional PC business. WD made a big bet with its $19 billion purchase of Sandisk, moving into the mobile storage space. Seagate, on its part, has relied on areas like cloud, surveillance, and IoT - sectors where WD also competes - for the bulk of its growth.

Seagate recently held a media event in Singapore where it shared how it sees storage trends playing out over the next few years.

Cloud players like Amazon, Google, and Microsoft have disrupted the traditional computing market in many ways, but Seagate says they’ve also become an important end market for the company, with the cloud infrastructure spend this year alone said to be valued at $20 billion (Rs. 1,30,000 crore approximately). According to Cisco estimates, highlighted by Seagate at the event, data generated by IoT products (machine-to-machine data) alone will hit 6.3 exabytes (EB, 1 EB = 1 billion GB) per month, up from 1EB per month in 2015. A large percentage - if not all - of this data will need to be stored, temporarily at least, fuelling further demand from the cloud infrastructure players, among others.

Big Data is another buzzword that everyone loves, and when you look at the numbers, it’s easy to see why. Once again citing Cisco, Seagate says that the big data storage worth market will be as big as 247EB by 2020. Finally, IDC estimates that total shipments to the surveillance and security markets will top 110,000 petabytes by 2020.

The PC market may have shrunk, but if these numbers are any indication, there are enough growth areas for these ‘traditional’ storage companies. Ban-Seng Teh, Senior Vice President, Global Sales & Marketing at Seagate sat down with the Indian media to answer some questions related to the industry in general, as well as the Indian market. Here are some excerpts.

When will solid-state drives (SSDs) take over from hard-disk drives (HDDs)?
Ban-Seng Teh: It depends what you mean by take over - are you talking capacity, units, or revenue? Let me answer all three.

In the revenue, SSD, [based on] market projections from industry analysts, by 2020 you will start to see the cut-over in revenue. That means the revenue from SSD is going to be as big or bigger than the revenue for HDD, globally. In terms of units, the cut-over will happen a little bit after that, right, maybe past 2020. In terms of exabyte shipment, I think [we are] so far off, because even by 2020 we think that the amount of capacity that's stored on SSD will only be as high as 20 percent. It's still a long, long ways to go.

It's beyond a cost issue, it's also a capacity issue. Can the semiconductor industry - do they have enough fabs in play to fulfil that need, and the answer is no, they don't, they simply don't. So even if [SSD] price comes on parity [with HDD], there’s no capacity out there to support it. So for the foreseeable future, from an exabyte perspective we don't anticipate any cutover.

Where is India compared to the world average in terms of SSD/ HDD mix?
Ban-Seng Teh: I would say that India is slightly behind in terms of SSD - I'm talking about SSD, I'm not talking about embedded flash. So, India is still behind a little bit and primary reason for that is because SSD is more expensive solution. So you take for example a notebook PC, just to share some general data, today about an average of about 35 percent of notebook PCs have SSD, this obviously is higher on commercial PCs, and lower on consumer PCs but on the average, right, it's about 30 to 35 percent. India is significantly below that.

I think you know [percentage of SSD penetration in India] varies, because it depends whether you talking to Dell, Lenovo, or HP, because I mean the data will come from them, right? So I can't give any specific - whether it's 15 percent versus 35 percent, or whatever, it varies. Dell would probably be a little bit higher because they tend to be more commercial focused. Lenovo, HP would probably be a little bit [lower] because you know they are more consumer focused, but overall it's below what the global trend is.

WD bought Sandisk, will we see Seagate make a push for the mobile market?
Ban-Seng Teh: No, we think that for mobile phones, cameras, and all that, that's all flash domain. There is no value proposition for a hard drive to feature in that. If the question [is] are we interested in going to the flash space, well, as they say, we have a flash strategy, which is building SSDs more for the enterprise market, we are not targeting to go into the consumer market at this point in time.

Now, we are coming up with different solutions for this though. For example, at CES - we announced a partnership with DJI, as an example, and […] we are not talking about putting up a drive in drone, but we are talking about how do we help them take the data that they have collected, and stream it directly on a drive itself.

Why did Seagate shut down one of its biggest HDD assembly plants?
Ban-Seng Teh: The profile of the industry has changed in that we are no longer shipping the kind of volume, the units that we were shipping before. We are shipping less units but higher capacity units. If you look at it from a factory-operations level, they focus more on units, right, cause that's what they do to crank up the numbers of units. So because from our perspective, because the number of units has come down, we don't need as many factories. But our revenue is sustained or even growing simply because we are shipping higher and higher capacity drives and higher and higher average unit price drives.

Five years ago, the total market size, per quarter, in terms of HDD, was as high as 170 to 180 million units, that was almost at peak at that time. Today it's between a 100 to 110 million units, so it's gone down from 170 million down to 100-110, and that's huge reduction, so obviously when we have an industry factory footprint to support 180 million business, and now it's come down to 100-110, everybody has got to size their factories down. So it's just part of the evolution, or the shift in the business.

Plans to make in India?
Ban-Seng Teh: We constantly look at manufacturing sites, you know throughout the world, as a part of our due diligence, as well as, you know for any opportunities for expansion, right? At this point of time, as what I mentioned to you, we are not in the mode of expanding our operations footprint, we’re more of our consolidation, so as such we don't have any plans for [manufacturing in India].

Disclosure: Seagate sponsored the correspondent’s flights and hotel for the event in Singapore.