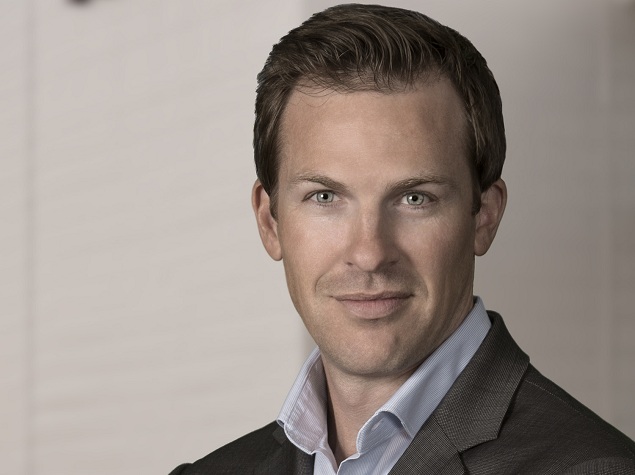 AMD has long been known as the 'other' company. Intel is the processor company and NVIDIA is the graphics card maker. AMD is the other one in both categories. It's an unfair reputation, AMD has been a successful competitor to both companies. On Wednesday, AMD released their new line of "Kabini" APUs, which combine a CPU and GPU on a single chip, for better performance and lower power consumption. Gabe Gravning, AMD's Director Marketing, and Chandrahas Panigrahi, Channel Director at AMD India met NDTV Gadgets to discuss the company's roadmap for India.

The new Athlon and Semperon APUs are a good indicator of how the company plans to proceed - the processors go from quad-core 2.05GHz to 1.45Ghz dual-core, costing Rs. 3,999 and Rs. 2,299 respectively. Buyers will have to invest in a motherboard for around Rs. 2,100 as well, which, Panigrahi says, means that you can look at desktops starting from Rs. 10,000 onwards, while pointing out that the gaming performance on games like Bastion and Guacamelee was good enough that the devices could be used in a number of different scenarios.

We talked to Gravning and Panigrahi about their new platform, how the market in India is developing, and the growing gamer audience in India. Edited excerpts follow:

NDTV Gadgets: Can you tell us about the AM1 platform, and how it fits with the needs of the market here in India?
Gabe Gravning: The AM1 platform for desktop is geared for performance, but also delivers very low power consumption. It was derived from our mobile [notebook] designs, and it's going to enable to range of uses. The platform is very cost-effective, and because of its integrated design and low power consumption, will also enable a lot of different small form factors in the market, such as the HTPC, or other small form factordesktops like the Steambox.

Chandrahas Panigrahi: Today, you can say that the desktop has become a family device in the consumer space, so just like there is a wall clock and everyone else has their wristwatches, so too, you'll have a family desktop which can meet all the needs, and you'll have personal mobile devices.

Plus, we've also got a huge market for small office home office setups, and small and medium businesses. One important thing is that since the new platform uses up to 70-80% less power, the electricity bill is also saved.

At the same time, we hear more and more that for a huge segment of the population, their mobile phone is their first, and only, device to access the Internet. How does that affect your growth plans?

CP: I think it's a great thing that more people are using computing devices. We're not losing users to these new devices, and eventually these users will move to bigger devices because a smartphone has limitations. You for instance must be using a smartphone, but will probably also be using a laptop or a desktop at other times right?

And this is also great for gaming for the same reason. Mobile phones aren't taking gamers away from PCs and consoles. They're making gamers out of people who never used to play, and these people will also want a more powerful experience.

Is that how AMD sees things globally as well?

GG: I think so. What we've seen, globally, is that the desktop market is bouncing back now. Things took a big hit and dropped [makes a swooping hand motion] but in the last two years things have stabilised and are bouncing back globally.

And the reason is that people are now dealing with so much more media. You're downloading music, watching movies, and you're also seeing more gaming. Mobile phones and tablets are obviously growing fast, but it's not an either-or situation, but and.

When you talk about enabling different form factors, what are the designs you're seeing take off successfully?

GG: I think that 2014 will come to be known as the year of the shakeout of form factors. The device manufacturers are trying to do a lot of things. You've got some devices which have hinges that detach, you've got the ones that fold over, turn around, [laughs] and all sort of things. They're trying a lot of different things.

There are a lot of different attempts, and a lot of them will fail. From what we can see, no one design has been a huge success - the last design that was a big success was the iPad, and I think that companies will have to try different things to find out what is successful.

CP: I agree that there's a lot of experimentation going on, and a shakeout will happen. It might not be finished in 2014; it might be that next year is also about experiments.

When you're looking at India, do you think that the market is mature enough for OEMs to release products like Steam boxes and HTPCs?

CP: There are the people who are affluent, they are interested in getting the best products from the word go, and these early adopters are going to have everything set up. There's a need for multipurpose machines. So there's a very mature market, and that includes a whole continuum of devices.

AMD is powering all the game consoles this generation. This has been a major revenue earner for the company. On the PC front, has there been a knock-on effect to help with your gaming related PC products?

GG: Gaming has always been one of our core values, and so yes, you can certainly say that us being present on all the game consoles has an impact on PC gaming as well. Today, we're powering the Xbox One, the PlayStation 4 and the Wii U, and that means that for the next few years, games are being optimised to run on AMD systems.

We bring the same technology to our PC components as well, from the high performance machines to something like the AM1 platform, which has an integrated Radeon GPU in there so we believe there's a real benefit. There is a common technology and heritage across devices.

CP: [We have a blackout on certain topics, but what I can tell you also about gaming is that:] gaming in India is growing steadily. India is still a PC gaming country, consoles have made only limited inroads here. The people want a platform that is more open, and can be used in different ways, while consoles are a closed ecosystem.

That's why what we are doing with Mantle is so important, because it is building an ecosystem for games. And what we're seeing in the DIY space, [for people who assemble their computers] is that there's been a steady growth in the sales of graphics cards. Today, there is probably 20-25% growth, and the attach rate for graphics cards is around 25%. That means that one in four people who is buying a computer is getting a standalone graphics card for it. And our numbers reflect that this is also rising now.