She Made Hard-Drive Wiping a $2 Million-a-Year Business 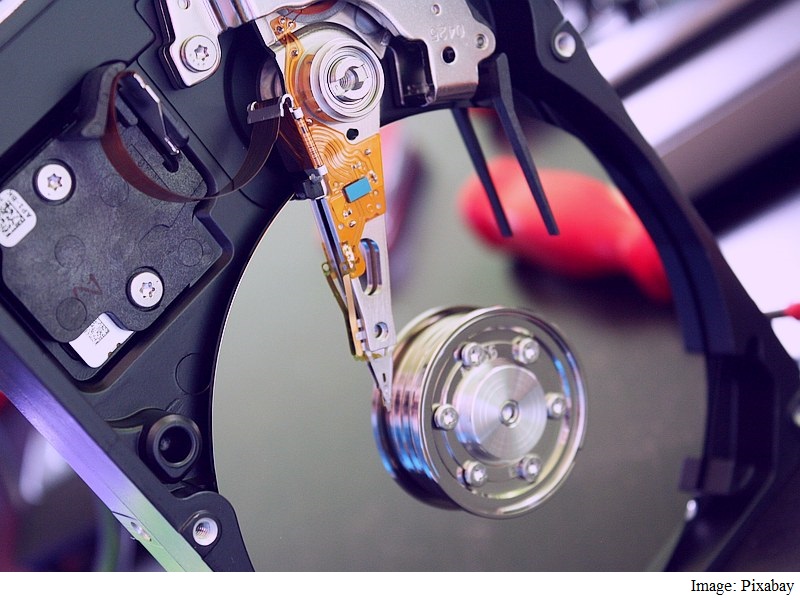 One day in May 2004, Elizabeth Wilmot tried to throw away an old computer and looked around for someone who could properly wipe sensitive data from the hard drive and recycle it. She couldn't find anyone online who would do that at a residential level, and a business idea germinated.

So at the beginning of 2005, she drew her last paycheck from her marketing job at CitiGroup and went off on her own. She set up an office in an upstairs guest room of her house in Severna Park, Maryland, and started ferrying people's unwanted computers back to her garage, where an employee would dismantle them for about $20 each.

And that was how Data Killers got started: a small business smashing computer hard drives into little bits with a sledgehammer on the floor of Wilmot's garage.

The Data Killers of today is much more high-tech. It employs National Security Agency approved "degaussers," five-foot-tall machines that demagnetize electronic equipment and rob the computer chips of their functionality before they are fed into giant shredders. (Because turning a hard drive into dust without demagnetizing it first isn't secure enough for some people.)

After 10 years running the company, she sold it to local competitor Capitol Asset Recovery for an undisclosed sum last month. The combined company, which operates under the name Data Killers, grosses $7.5 million, employs 39 people locally and has four facilities in the District of Columbia area.

At the time she sold it, Wilmot's company was turning a healthy profit handling on-site data disposal for the country's most secretive institutions - Northrop Grumman, the Department of Energy and the Department of Homeland Security, to name a few.

But things weren't always so rosy.

In its first year, the business pulled in less than $125,000 (roughly Rs. 82 lacs). Wilmot, who had a daughter in middle school at the time, didn't take a dime out of the company for its first 18 months in operation.

She quickly realized she couldn't turn a profit if she worked only with individuals. So she bought a massive, industrial-strength equipment shredder from an Austrian supply company for about $100,000 (roughly Rs. 66 lacs) only to discover that her electric system couldn't power it, and she had to drop an additional $40,000 (roughly Rs. 26 lacs) on a transformer.

She paid for it all with a home-equity loan.

"When you're taking out a line of credit on your own house, you realize your next step is homelessness if this doesn't come through," Wilmot said. "We pretty much starved for a long time."

She never even went looking for investors, keeping full ownership over the company until the end. The company expanded by reinvesting capital, putting $1.25 (roughly Rs. 82) into capital assets for every dollar the company made.

"I could never be a public company because I never could have convinced shareholders to take that leap, that there would be a return on it," Wilmot said of those shoestring early days.

At the time she sold the company, it was grossing $2 million (roughly Rs. 13 crores) each year and had paid off all its debts. But it took 10 years to get there.

The turning point: getting into the business of destroying classified data. By 2007, a wave of cyber-induced anxiety was drumming up demand for a new kind of technology disposal. The NSA has highly specific standards for how government equipment has to be thrown away. And a lot of businesses are so paranoid of data theft that they don't trust the garbage men with old company hard drives.

One of her first customers, who worked for a forensics company, was so finicky that he wouldn't let anyone else touch the hard drive.

"The guy absolutely insisted on being the actual person to drop the hard drive into the shredder," Wilmot said. "He wouldn't let it go."

By 2010, the company was grossing $1 million. Keeping up with the NSA's standards for data disposal was tough, but the government contracts paid off.

"We came to be known as the people who could destroy just about anything," Wilmot said. "There's a big business in getting rid of stuff and getting rid of it properly."

Zack Boorstein, who had been a vice president at Wilmot's company, left the company in 2009 to start work for Capitol Asset Recovery. Boorstein says he left amid a disagreement with Wilmot over the direction of the business, and he immediately wrote an email to her (chief executive Chris Scott sent it from his own account) offering to acquire her company. Six years later, Wilmot responded to the offer out of the blue, saying she wanted to sell her company.

Wilmot declined to say why she decided to sell the company, citing personal reasons. As for what's next, Wilmot says she has no immediate plans but "remains an entrepreneur at heart."

Call of Duty: Black Ops 3 Is Better Than Expected on the PC
Fossil Acquires Misfit Wearables for $260 Million