Microsoft Wants to Get Its Products Into Kids' Classrooms 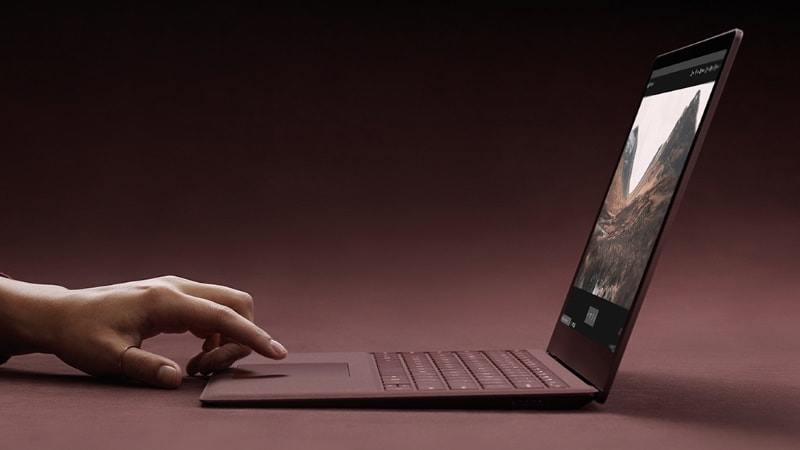 Microsoft just held a big launch in New York, but it didn't show off flashy new software or a pricey new piece of hardware for the average consumer. Instead, it gathered media and analysts together to talk about going back to school.

The company announced a slew of products for the education market on Tuesday, including a school-focused version of Windows, new features for Office and a new type of laptop targeted at college students. All of its announcements aim to get more of its technology into the hands of more students - regardless of their abilities or economic status.

"Talent is everywhere. Opportunity is not," said Microsoft chief executive Satya Nadella, who opened the presentation with a personal story about how his great-grandfather's education paved the way for his own success.

Competition in the education space has been ramping up in recent years, as Google's inexpensive Chromebook laptops have shaken Apple's long-standing association with education. Chromebooks made up 58 percent of K-12 mobile-device shipments late last year, according to estimates from the consulting firm Futuresource - a gain of 50 percent from the year before, while Microsoft made up 22 percent and Apple's iOS and macOS together captured 19 percent. Microsoft, after years of focusing on business customers, is refocusing some of its efforts on the lucrative education market as part of a broader strategy to attract creative users.

Microsoft, Apple Scramble to Capture US Schools After Google's Success

That was clearly the target market for the $999 Surface Laptop, which boasts an impressive 14.5 hours of battery life, as compared with the 10 to 12 hours from Apple's MacBook line. Its touch screen also works with the Surface Pen stylus, and the laptop is compatible with the Surface Dial - features that Microsoft hopes will attract users who want to move beyond the keyboard and trackpad.

With its new Surface Laptop, Microsoft is taking steady aim at Apple and its popularity among college students. The laptop's sleek design echoes the clean lines of the MacBook Air and MacBook, but the four extra hours of battery life could make it easier to finish an after-class library study session without having to haul around a charger all day. The $999 laptop isn't exactly a budget device, but it fits a critical audience that may not be able to afford Microsoft's high-power $1500 Surface Book.

"This fills an important gap in their device offerings," said Christopher Voce, an analyst at Forrester, who expects that this new device will be critical to Microsoft's Surface line in the future.

The company's new Windows 10 S system, which the company showed off Tuesday, looks like a direct competitor to Chrome OS, the operating system that powers Google's low-cost Chromebooks. Users will only be able to install programs from the Windows store, including its Office Suite, that are similar to the stripped-down options that come on Google's lightweight laptops. The system is due out before the new school year.

Microsoft also announced new Office features, including upgrades to OneNote, Word and PowerPoint, to make all of them easier for people with learning or physical disabilities to use. For example, there's an Office feature that will read text aloud at various speeds, and separate words into syllables, which can be particularly useful for those with dyslexia.

Those features make a world of difference to her students, said Lauren Pittman, a special-education teacher in Canton, Georgia, whose students were allowed to test the features before they were officially announced. Her students are "so much more confident, that's the biggest thing," Pittman said, because the features let them learn at their own speed and spare them the embarrassment of having to have a staff member read their class materials with them.

Other features, such as built-in support for the screen readers that the visually impaired use to read documents on a computer, also make it much easier for teachers, students and parents to interact and communicate - offering the opportunities that Nadella said he wants the company to provide for all students.

From a business standpoint, locking up the lucrative education market - in which companies often sell hundreds or even thousands of devices at a time - is critical for any company that makes hardware, analysts said. It also has a sort of "hearts and minds" aspect to it, Voce said.

"You're indoctrinating students into a way to engage with technology. The manner in which we use devices and apps is influenced by what we use in school," he said. For Microsoft, which has refocused its message around "creators" and the liberal-arts set that has traditionally belonged to Apple, being able to boost student creativity and productivity is critical to appealing to a new generation.