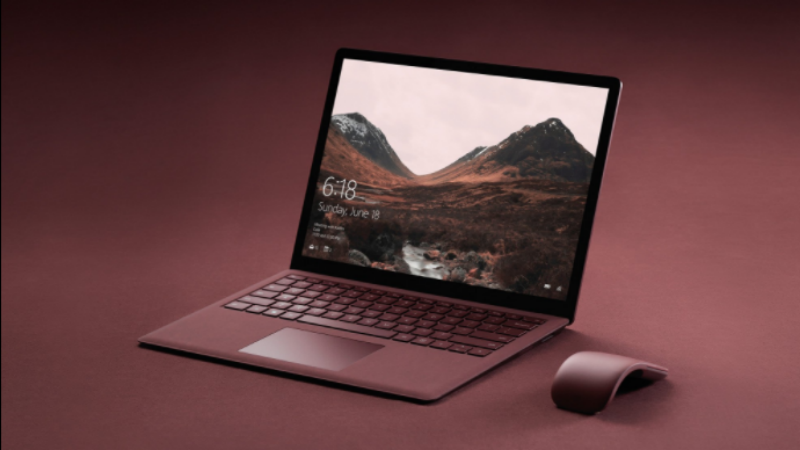 Microsoft is hosting the #MicrosoftEDU event on Tuesday, May 2 and the tagline makes it clear that the focus of the event will be the education segment. The Redmond, Washington-based company is expected to launch a laptop to compete with Apple’s MacBook and Google’s Chromebook laptops. But it’s not just the hardware you should look forward to, as the Microsoft May 2 event is expected to also be the launch-pad for the company’s rumoured Windows 10 Cloud operating system, which will complement the new low-end education-focused Chromebook alternatives from Microsoft. Wondering about the time, venue, live stream, and what to expect from the first major Microsoft hardware event of 2017? Here’s all you need to know:

Microsoft May 2 event time and how to watch live stream

In its #MicrosoftEDU invite, Microsoft mentions the event’s time as 9:30am ET (7pm IST), May 2. Being held in New York City, the Microsoft May 2 event is being live-streamed on the official website.

Windows 10 Cloud is rumoured to be a stripped down version of Windows 10, with support only for Windows Store apps. This means you will not be able to download and install applications from the Web. Instead, you will rely on the Windows Store apps to be the go-to software on your Microsoft Chromebook rival. The last officially announced number for Windows Store Universal Windows Platform apps was 669,000, but expect Microsoft to update this figure considering how important the apps will be to its upcoming education ecosystem.

According to a screenshot shared by Vitor Mikaelson of Brazil-based Tecnoblog, the upcoming OS may be released with the moniker Windows 10 S. This will be Microsoft’s second attempt at launching a stripped-down operating system for consumers after the failed Windows RT.

Windows 10 Cloud will reportedly come preloaded on the laptops that Microsoft is expected to unveil at the event, and won’t be available to purchase off the shelf. On the other hand, users will reportedly have the option to go from Cloud to Pro version by purchasing an upgrade.

Images, features, and specifications of the Surface laptop to support Windows 10 Cloud OS have been leaked online by Twitter user WalkingCat (@h0x0d). The tweets say that Microsoft’s Chromebook rival will have a 13.5-inch PixelSense display with 3.4 million pixels, but there is no word on the display resolution yet. It will have a keyboard covered with Alcantara (the material used on Surface Pro 4’s Type Cover keyboard).

Coming to connectivity, you can expect USB port, Surface power connector, and mini DisplayPort, but not USB Type-C port. The tweets say the Surface laptop will come in four colours (Platinum, Burgundy, Cobalt Blue, and Graphite Gold), and weigh 2.76 pounds (1.25kg). It will be 14.47mm thick at the back, and 9.9mm thick in the front.

The laptop in the leaked images looks quite premium, and can be expected to carry a price tag to match. But with the education market in its sights, Microsoft might just have to subsidise the product for students (the way Apple does), or it may have another low-end model in store for us.

For the minimum hardware specifications, an earlier report says the Microsoft Chromebook rival will have at least quad-core Celeron (or better) processor, 4GB RAM, 32GB or 64GB storage, all-day battery, and optional support for stylus and touch input. The laptop is said to have battery life of more than 10 hours, and cold boot time of 20 seconds. Users will be able to resume to login screen from sleep in less than 2 seconds, and first sign-in to desktop under 15 seconds.

Microsoft had announced in December 2016 a partnership with Qualcomm for Windows laptops running Snapdragon mobile chipsets, and Qualcomm in an investor call revealed that the first laptop running on Snapdragon 835 (with ARM architecture and support for traditional win32 apps) will be launched in the fourth quarter of the year.

However, it is not yet clear that the upcoming Microsoft Surface laptop for education will be one such model as Windows 10 Cloud (or Windows 10 S) is said to be for Windows Store apps, and support for win32 apps would mean user will have the ability to install the full version of apps such as VLC, Google Chrome etc. on the laptop. One possibility is that the laptop may be based on an ARM chipset for long battery life at relatively low costs, but with support for Windows Store apps only.

With the May 2 Microsoft event focused on education, don’t expect Microsoft to launch the Surface Pro 5, an update to 2015’s Surface Pro, or the long rumoured Surface Phone. The event is likely to be focused on the new OS, Windows Store apps, and the Microsoft hardware that supports them. Moreover, with the Satya Nadella-led company going after Apple and Google in a competitive category, it would not want attention of the public diverted from the pièce de résistance by more high-profile products.