Intel’s 'Tiger Lake' Gen 11 CPUs: What to Know Before Buying Your Next Laptop

An Interview with Intel's head of mobile platforms

Intel has just announced the first of its 11th Gen Core CPUs, codenamed 'Tiger Lake', which are interesting for a number of reasons including the use of Intel's powerful new Iris Xe integrated graphics capabilities, and also improvements to performance and battery life thanks to a more modern architecture. They will be available later this year in ultraportable laptops, which now make up a huge proportion of the market.

In-person launch events and demos haven't been possible this year, and we'll have to wait some more time to get our hands on the hardware to measure performance for ourselves. However we do have a lot of information to process following Intel's engineering-level disclosures on Architecture Day as well as the 11th Gen 'Tiger Lake' launch and Evo platform announcement. Gadgets 360 was able to catch up online with Chris Walker, Corporate Vice President and General Manager, Mobile Client Platforms Group, Intel Corporation, to talk about everything that laptop buyers can expect in the near future.

Intel has struggled with its 10nm manufacturing processes for over five years now, and recently announced that its next-gen 7nm process will also be delayed. However, the company has continued to refine its older 14nm product lines to eke out more performance, and Tiger Lake promises “more than a generational increase in CPU performance”. We first asked Chris Walker how things are going with 10nm.

“I think what we have achieved with the with the 11th Gen Tiger Lake using the SuperFin transistor sets us up for where we want to be for mobile now, and moving forward with the whole Tiger Lake family. That balance of the kind of frequency gains that we saw, the performance architecturally, the graphics, the whole integration, plus power efficiency for doing all that while maintaining battery life, makes us comfortable,” he said.

Tiger Lake is also going to cover the entire spectrum of mobile parts, unlike last year when there was a split between 10nm Ice Lake and 14nm Comet Lake, he confirmed.

Just to clarify, we then asked whether that goes beyond the CPUs that have already been announced, all of which are in the 7W – 28W range. Intel hasn't yet spoken about 11th Gen H-series models, which are typically higher-Wattage CPUs used in bulkier gaming and productivity-focused laptops. The Tiger Lake architecture is said to scale up to 65W. “Well, we will announce future products in the future. We focused today on thin and light laptops, and so we did the operating range of 7W to 28W first”, Walker said. “There's more to come.”

With Tiger Lake, there's an interesting new twist to Intel's numbering scheme. No longer are the low-wattage Y-series CPUs (formerly Core M) and mainstream U-series CPUs distinguished with those respective letters in the model names. Instead, there are now two groups of CPUs, one rated for 7W-15W and the other from 12W-28W, internally classified as UP4 and UP3 respectively. If you want to know what exactly is in the laptop you're getting, the former have model numbers ending in 0, such as the Core i7-1160G7, while the latter end in 5, for example the Core i7-1165G7. We asked Walker the reason for this change.

“The difference with Tiger Lake is a significant overlap in the power range where you're at the sweet spot of the market at 12 – 15W,” he told us. “There really wasn't a difference between the package sizes [of the CPU dies]. The prior Y-series was a different die pool or had a hard ceiling, so to speak. There wasn't much overlap between U and Y. Now it is more of a package and design thermal choice, and so UP4 really reflects a smaller package; a tighter board. A UP4 system at 12 – 15 Watts is just as capable as UP3, and so we took out that distinction. We felt it wasn't needed anymore.”

We asked if this might make things more confusing for the customer. There's still a huge difference between 7W and 28W, and manufacturers are free to configure performance levels to meet the thermal requirements of their own designs. With everything marketed as 11th Gen Core, how will buyers know exactly what they're getting?

Walker had this to say: “I think for the end user, it tends to scale with form factor, which has been consistent with how OEMs have done configurable TDPs in the past. From that standpoint, we're clear in our processor numbering.”

The sustained performance of a CPU is determined by its TDP (Thermal Design Power), which factors in how long it can run at full speed before having to ramp down to deal with heat. In an ultraportable laptop, cooling is often constrained. We asked Chris Walker how the new Tiger Lake family addresses this.

“I think users of Tiger Lake 11th Gen systems will continue to get a great experience on creation; on productivity; on all connectivity across form factors,” he replied. “Further, what we've done with the Evo platform is make sure that systems are consistently responsive, and provide the battery life, and provide the performance on battery life. When we talk about our performance numbers, we talk about consistent performance, plugged in or on battery.”

He also added: “The [configurable TDP] range isn't new. When we did a spec for operating at the 15W range, people might run it lower or higher, in the 10th Gen or prior generations. Remember, the processor is going to go through that entire range of workloads throughout someone's day.” 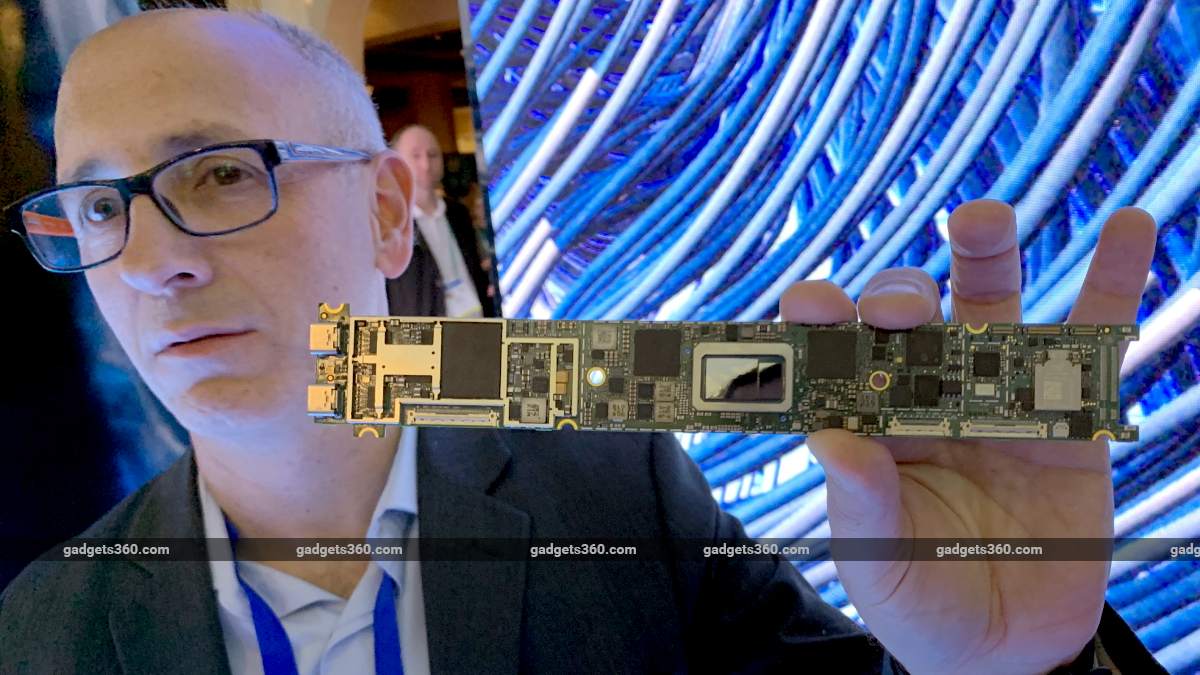 A Tiger Lake CPU and compact motherboard for slim laptops, exhibited by Intel at CES 2020

And while manufacturers do have leeway to set configurable TDPs, Walker pointed out that users do as well: “In Windows, and then OEMs have their own solutions, there are sliders that people can set, from battery efficiency to performance. Users have some degree of control through the OS and OEM-enabled tools.”

Intel has led its past few Core CPU generations with models aimed at slim laptops. These are of course extremely popular, but we asked Walker if he sees the entire market shifting now. With Tiger Lake, will even slim laptops have enough power for heavy-duty work, or will we still see chunkier gaming and “creator” laptops, which actually came about as a sort-of backlash to super thin and light but weak designs.

“I think we still have a growing and rich gaming and creator market, and at that level we've done H-series processors, which more people utilise for higher I/O counts and higher scalability on frequency. Many of those have discrete graphics as well. So I think the design/ creator PCs recognise that a lot of gaming laptop purchases were actually going [to creative professionals],” he said.

“What we've done with 11th Gen Core is bringing many elements of content creation to the modern thin-and-light. The use of AI across the CPU, and the Iris XE [graphics] engine is making creation much more broad-based. Whether it's personal video production for your YouTube audience, more business content just within PowerPoint, it's video or it's richer,” he added.

“I think the trend is that people want thin, light laptops that have the performance and the capability for them to collaborate, do creation, and at the end of the day have a great movie streaming or eSports gaming experience. That's what I think we've achieved. The market growth is both at the high end but also in this new class of modern thin-and-light systems. By the way, these are capabilities we bring to Windows and Chrome OS; in the future you'll see 11th Gen Tiger Lake systems on Chrome OS as well.

In Part 2 of this interview, coming up shortly, we discuss the new Intel Evo branding initiative and marketing, plus connectivity and other features of next-gen laptops.

Intel’s 'Tiger Lake' Gen 11 CPUs: What to Know Before Buying Your Next Laptop
Comment