How 3D Printers Are Revolutionising Dentistry in India

When you think about the dentist, you're probably not thinking about high tech gadgets - at the most, you're probably thinking about those fancy chairs, and those fearsome drills and other instruments of terror. But it turns out that dental labs and dental hospitals are picking up on one of the most exciting areas in technology today - 3D printing.

Although medical 3D printing does exist, don't get too excited here - these printers don't print out a replacement tooth for you on demand, or anything like that. That's in the pipeline, but right now, the printers are used to fabricate stone models quickly and accurately - the models can then be used to plan your procedure.

Altem Technologies is one of the biggest distributors of 3D printers in India, and the leading partner for Stratasys. Gadgets 360 had earlier spoken to Altem's founder-director Prasad Rodagi about the use of 3D printers in commercial applications, and spoke to him recently about dental 3D printing, a relatively new use for the technology in India. According to Rodagi, this kind of use for 3D printers is part of a process that's collectively known as digital dentistry.

"What the dentist does is takes a digital image of the teeth, and based on this, the 3D data is created," Rodagi explains. "This is then used to print the model, and once you've printed the model, it can be used to plan any number of treatments." 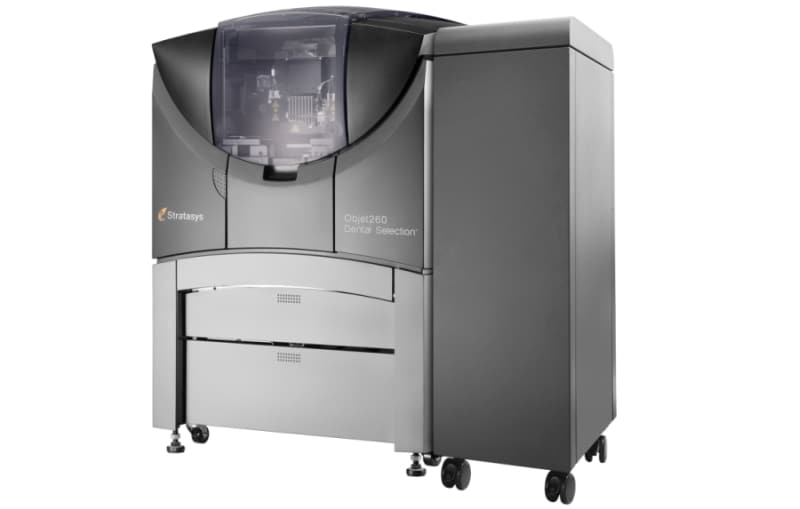 So what makes a 'dental' 3D printer any different from other 3D printers? It's actually pretty simple - the materials that these printers use is different from the normal PLA or ABS plastic feeds, and although dental 3D printers typically have a smaller print size, they're designed to have much higher throughput than a normal 3D printer, so that they can mass produce large numbers of models.

"Printing the model takes approximately 6-8 hours for 25 patients' data," says Rodagi, "and in the case of higher-end printers, can go up to 200 models in a single day, because they have bigger capacity, and so you can print multiple models at the same time."

For dental labs, the throughput is a big differentiator, and makes it worth the high cost of the materials used, says Rodagi. The machines themselves aren't exactly cheap either. The entry-level machine, the Objet 30 Orthodesk, costs around Rs. 20-25 lakh. High-end machines that are suited for mass production, such as the Eden 500V, will set you back by around Rs. 1.5 crore.

Conventional techniques are cheap, and they've been in use for decades. We spoke to Dr. Rohit Khurana, a Delhi-based dentist, about the traditional methods for creating a dental model.

"The basic technique has actually been the same for a long time," says Dr. Khurana. "There are some changes that have come with photography techniques and so on, but when you want to make a model, what you do is we have this special clay like material that we place in your mouth. It is set in a tray, and the patient has to hold it firmly in the teeth to make a clear impression." 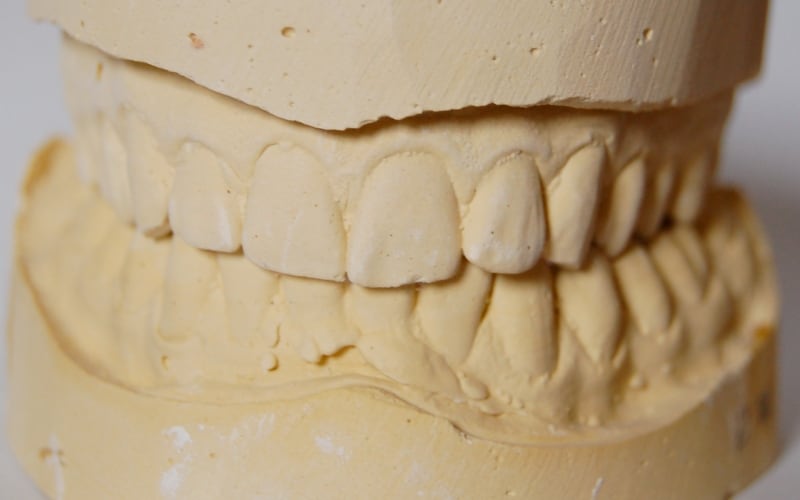 "Then we take it out and let it set, and send it to the lab for processing," he continues. "This takes a day or so depending on how busy the lab is, so we'll send it off and call you back for a second appointment after some time. In the meantime, the model comes to us and we're able to use it for planning the procedure."

Digital photography of the teeth to create a record of the patient is now used in most clinics, but dentists need to be able to see the teeth from all angles, and how the fit together with each other. According to Rodagi, switching to an all digital model brings in certain benefits that older methods simply cannot match.

"Our method uses no dough, the doctors take images of your teeth and this builds a 3D model. It is much more accurate, and also much stronger than the older method," says Rodagi. "The printing and scanning is in the micron level of accuracy, which the dough can never achieve. This is up to 50 times more accurate. Also the printed result is stronger, so you can move it around when planning a treatment, without worrying that it will break." 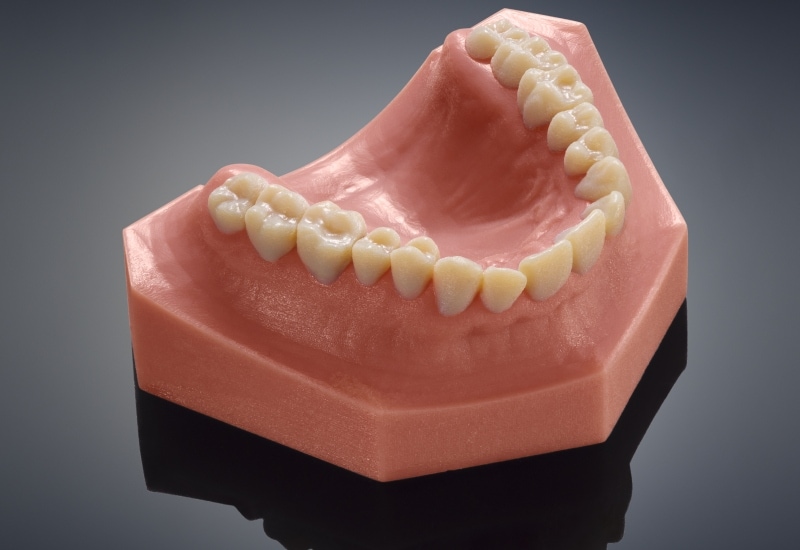 Another advantage comes from the fact that the printers use a material called Med610 - a medical grade, biocompatible material which is safe for use in the body. This can be used for printing something called a drill guide, which the surgeon can attach to your gums based on plans that were devised from your model, to more quickly and accurately carry out a procedure, says Rodagi, adding that the technology could in some cases bring down a patients visits from 10, to just 3 or 4 visits.

Perhaps most interestingly, this kind of usage is just the tip of the iceberg for the possibilities of 3D printing in the medical field. Kumar KV, Vice President at Narayana Health - a multi-speciality hospital chain in India, headquartered in Bengaluru - says that there is tremendous potential for 3D printers in healthcare.

"We are already reading about a child with a 3D-printed trachea, there have been people who have successfully 3D printed bones, and there have even been attempts to 3D print organs," says Kumar. "There is a lot of potential here, and as the devices get better and the range of materials you can use improves, you're going to see their use getting more and more widespread, even in India."

Further reading: 3d printing, medical 3d printing, Dentistry, 3d printed treatment, Medicine
Gopal Sathe Email Gopal Gopal Sathe is the Editor of Gadgets 360. He has covered technology for 15 years. He has written about data use and privacy, and its use in politics. He has also written extensively about the latest devices, video games, and startups in India. Write to gopal@ndtv.com or get in touch on Twitter through his handle @gopalsathe with tips. More
BlackBerry Selling a New Device - But It's Not a Phone

How 3D Printers Are Revolutionising Dentistry in India
Comment