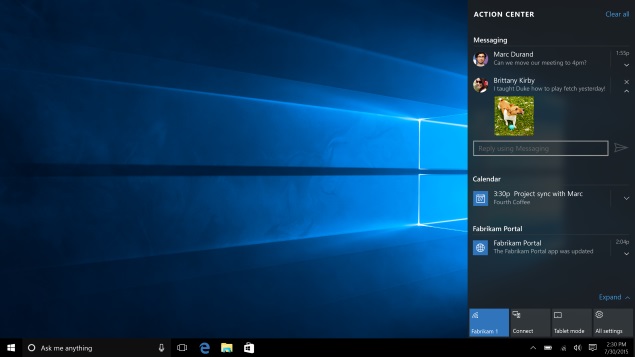 It took me just a weekend to get comfortable with Microsoft's new Windows 10 operating system, something I never did with its predecessor, Windows 8, even after nearly three years.

With Wednesday's update, Windows no longer feels jarring, as though I'm using two different computers at once.

Best part: This update is free.

Windows 8 was Microsoft's way of modernizing personal computers, as smartphones and tablets grew more popular. But it came across as trying to shove a square peg into a round hole. It steered people toward tablet-like touch commands, even on desktops and laptops that had keyboards and mouse controls. Apps that weren't designed for touch - including Microsoft's Office - got shoved into the basement, known as desktop mode. Desktop mode and tablet/touch mode were like feuding siblings, each seeking to dominate in a high-stakes tug of war.

With Windows 10, everyone gets along. There are still separate desktop and tablet modes, but you largely stick with one or the other depending on whether you have a keyboard. (Microsoft skipped Windows 9, by the way, as though to distance itself from Windows 8 and its criticisms.)

Although there are a few reasons to hold off upgrading, which I'll explain below, Windows 10 is better than Windows 8 in many ways:

Windows apps open as windows
Apps for Windows 8 were designed to take up the full screen, just like tablets. Although you could split the screen, apps could be placed only side by side, not top to bottom, as you'd probably want when having email and streaming video open at once. 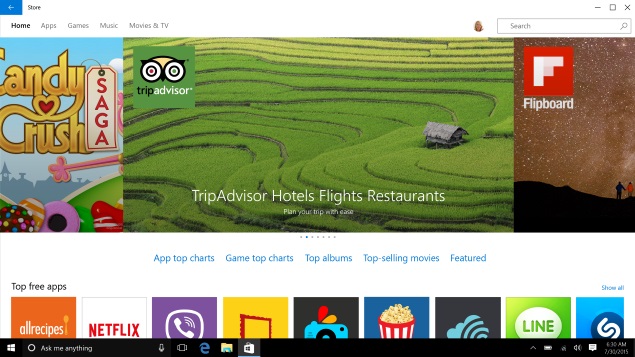 With Mac computers and previous versions of Windows, you can resize windows however you like. With Windows 8, that was limited to apps that hadn't been adapted for touch - the ones kept in the basement, segregated from the newer apps. Windows 10 restores resizing for all apps, touch or not. It sounds cosmetic, but it makes a big difference in fitting in with your workflow.

Single start screen
With Windows 8, the corner start button in desktop mode got you to a full-screen, graphical start page in tablet mode. You had to return to the desktop mode to run an older app, even though you were sent to tablet mode to launch it. 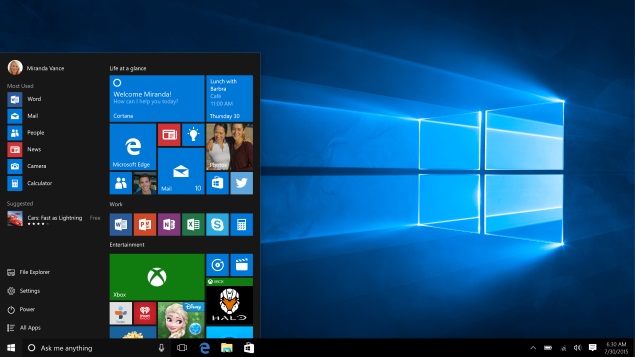 With Windows 10, the start button functions the way it did with Windows 7 and earlier. The graphical start page from Windows 8 is embedded in that start button, so that it feels modern without making you chuck old habits. You can still get a full-screen start page, but it's not forced on you.

Single browser
Internet Explorer is gone, replaced by Edge. You get some functional improvements, such as a virtual marker to draw arrows or circle an entry on a Web page to share over email, Facebook and other means. 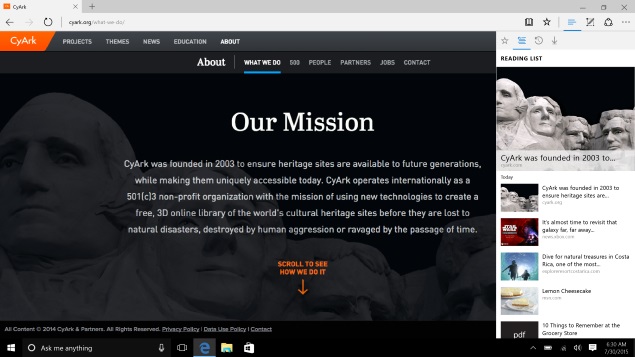 Even better, you no longer have separate browsers for desktop and tablet modes. With Windows 8, when you opened a website in desktop mode, it didn't show up in tablet mode. You had to open it again. With Windows 10, it's a unified browser, so you pick up where you leave off if you switch modes.

Some websites, including those from Google, aren't as smooth on Edge as they are on other browsers, but the problem might be limited to Microsoft's Surface tablets. The sites work better on an HP laptop upgraded to Windows 10. You can still get Windows 10 on Surface and install a different browser, such as Google's Chrome.

An Action Center offers quick access to settings such as Wi-Fi, brightness and "quiet hours" - a way to suspend notifications and sounds if, say, you're giving a presentation.

Cortana, the voice assistant akin to Google Now and Apple's Siri, comes to Windows PCs. Because you might feel awkward talking to your computer, you have the option of typing in commands, such as "Remind me to get milk." 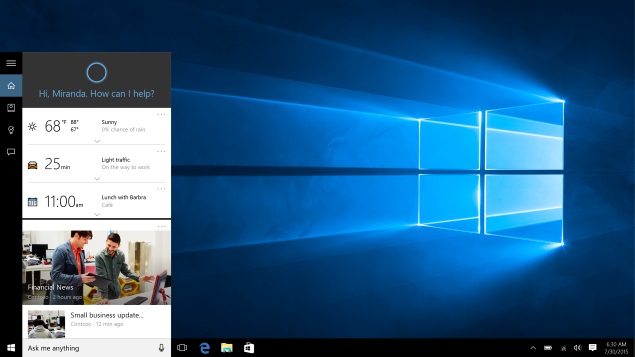 Cortana is integrated with the Edge browser, too. Right-click to ask Cortana to define a word or provide a restaurant's hours of operation. A Cortana window temporarily slides over with that nugget of information so you don't clutter your browser with opened tabs.

Laptops work on the go
As Microsoft shifts its focus to online services, it has been steering users to store files on its OneDrive online storage service. As with Dropbox and Google Drive, OneDrive typically keeps copies of all your files on your computer so you have them while offline. Any changes you make sync with the service once you're back online.

That changed with Windows 8. Copies were grabbed from the Internet only when you needed them, which meant files weren't always available when using laptops on the go, away from Wi-Fi. Windows 10 restores the approach of keeping copies of everything, unless you limit that because you're low on storage.

Should you upgrade?
I've been using a pre-release version of Windows 10 for a month without major problems. As with any upgrades, make sure your favorite apps and accessories will work, as it might take time for outside developers and manufacturers to catch up. Microsoft's Get Windows 10 app will check for known problems. Back up your PC first.

If you're using a low-end "Home" version of Windows, Microsoft will turn on future updates automatically once you get Windows 10. That is normally a good thing, especially as Microsoft plans to add features regularly, rather than wait for the next major release. But automatic updates might surprise you with incompatible apps and accessories.

You might want to wait a few months to see whether these automatic updates cause any meltdowns for others. In addition, Windows 7 users who use Windows Media Center or have DVD players might need to find replacement software first. The free Windows 10 offer is good for a year, so there's no rush.

The case is easier for those using Windows 8, including the Home version. The experience is much better, making any potential upgrade hassles worth it.