If you're in the market for a laptop, Asus has a plethora of new models to show. The Taiwanese electronics company on Wednesday refreshed its Flip series and ZenBook series of Windows 10 laptops - ZenBook Flip 14, ZenBook Flip 15, ZenBook ViboBook S14, ZenBook 3 Deluxe, and ZenBook 13 models at the IFA 2017 trade show. If that wasn't enough, the company has also announced the ROG Strix gaming lineup of laptops, and threw a mixed reality headset into the mix. For now, no pricing or availability has been revealed.

ZenBook Flip 14
Starting with the Asus ZenBook Flip 14, which the company is touting as the "world's thinnest 2-in-1 laptop with high-performance discrete graphics," sports a 14-inch "NanoEdge" full-HD (1080p) touchscreen display, which can be flipped to a complete 360 degrees. It will come in handy if you're planning to use the device as a tablet, and keeping that in mind, Asus has also announced support for Asus Pen.

The company is not compromising on performance, it says, providing you're not a heavy gamer. The ZenBook Flip 14, which weighs just 1.4kg in a 13.9mm thick package, is powered by 8th-generation Intel Core i7 quad-core processor, coupled with entry-level Nvidia GeForce MX150, 16GB of RAM, and a 512GB PCIe x4 SSD. Completing what appears to be an exciting package are a Harman Kardon audio system, fingerprint scanner, support for Windows 10's signature Windows 10 Hello feature, and a promise of 13-hour battery life on a single charge. It comes in Icicle Gold and Slate Grey colour variants.

ZenBook Flip 15
If you're inching for a somewhat more powerful machine, the company says ZenBook Flip 15 might be the way to go forward. It retains the 2-in-1 versatility and 360-degree rotatable display. But here how it gets better: It has a 15.6-inch full-HD display (the company is also offering a 4K screen, if that's your thing), and powering the laptop is the eighth generation Intel Core i7 processor, up to 16GB of DDR4 RAM (which the company says is considerably faster from older generation), "gaming-grade" Nvidia GeForce GTX 1050 graphics, and up to a 2TB HDD and 512GB SSD for your storage needs.

The laptop houses USB-C ports with Thunderbolt 3 (how many, it won't tell), as well as a Harman Kardon audio system. The ZenBook Flip 15 is available in Smoky Grey and Pure Silver colour options.

The ZenBook Flip S
And for those who're not looking for a powerhouse machine, but care crave for thin laptops, there's the ZenBook Flip S. It weighs just 1.1kg in a 10.9mm thin package, so no wonder the company describes it as one of the "world's thinnest and one of the lightest convertible laptops" in such form factor. And it does those things while maintaining the 360-degree flippable display. The Windows 10-powered machine is powered by up to an eighth generation Intel Core i7-8550U processor with 1TB PCIe SSD. The company is offering two kinds of displays: full-HD (1080p) and 4K.

The ZenBook 13
There's also the ZenBook 13, which as its name suggests isn't "flippable." Instead, however, it boasts of a 13-inch slim-bezel 4K display, Nvidia GeForce MX150 GPU, eighth generation Intel Core i7 processor (which one can boost to 3.7GHz when needed), 16GB RAM, and a 1TB PCIe SSD. It does all of that while only weighing 1.12kg and keeping the waistline under 14mm. 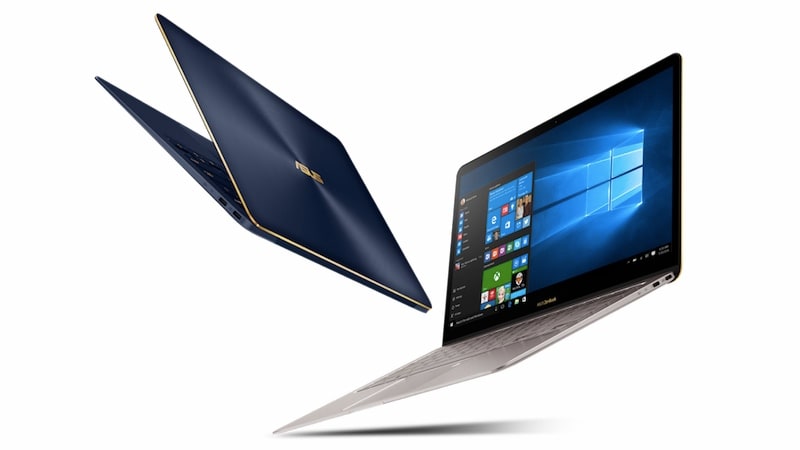 As suggested by the name itself, the ZenBook 3 Deluxe packages some additional bragging rights. It's the world's thinnest 14-inch laptop, for starters, the company says. It's a 12.9mm-thin and 1.1kg-light package, which manages to hold together a 14-inch NanoEdge 4K display, eighth generation Intel Core i7 processor, up to 16GB of 2133MHz LPDDR3 RAM, and what the company describes as "blazingly-fast up 1TB PCIe SSD - one of the largest-capacity SSDs available." The laptop features two USB-C ports with Thunderbolt 3 support for 40Gbps data transfers, and dual 4K UHD external displays and power delivery.

The VivoBook Flip 14
Which brings us to the VivoBook lineup, the usually-cheaper-but-somewhat-similar laptops. it features a 14-inch convertible laptop that can be flipped into laptop, and put in stand, tent or tablet modes. It weighs 1.5kg and has a waistline of 15.4mm. There's a seventh generation Intel Core i7 processor to fuel this thing.

The VivoBook S14
Packaged in a 14-inch thin and light package, the VivoBook S14 is designed for people who are constantly on the go, the company says. Make no mistake about its performance, it is powered by 8th Generation Intel Core i7-8550U processor with up to 16GB DDR4 memory and NVIDIA GeForce MX150 graphics, so you can rely on it for your heavy duty work -- company's promise, not ours.

The ROG Strix
For gamers in the house, Asus is promising top-notch performance with its ROG Strix series. It comes in Scar and Hero variants, and offers up to Intel Core i7 processors, NVIDIA's GeForce GTX 10. The company says it has devised the entire lineup keeping first-shooter games.

You get 15-inch or 17-inch displays with a 5ms response time, 120Hz refresh rates to keep things chugging along smoothly. The flagship Strix Hero Edition runs Windows 10 Pro with rest of the hardware specifications pretty similar. 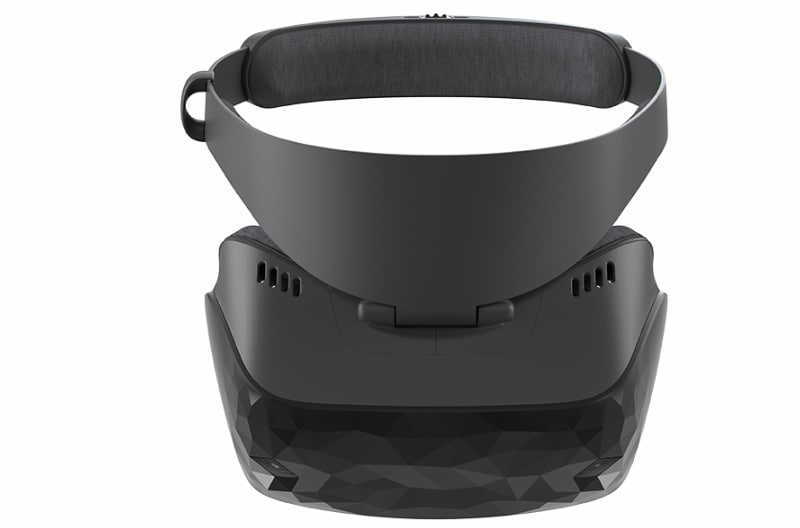 Asus also on Wednesday also announced its Windows Mixed Reality headset ahead of Microsoft's keynote later this week. The company says it has added a polygonal 3D cover panel to the front, says the headset supports six degrees of "freedom tracking without sensors." The company plans to make it available later this year at the price of EUR 449. It didn't announce how much any of the aforementioned laptops would cost. But you can expect that announcement soon enough.